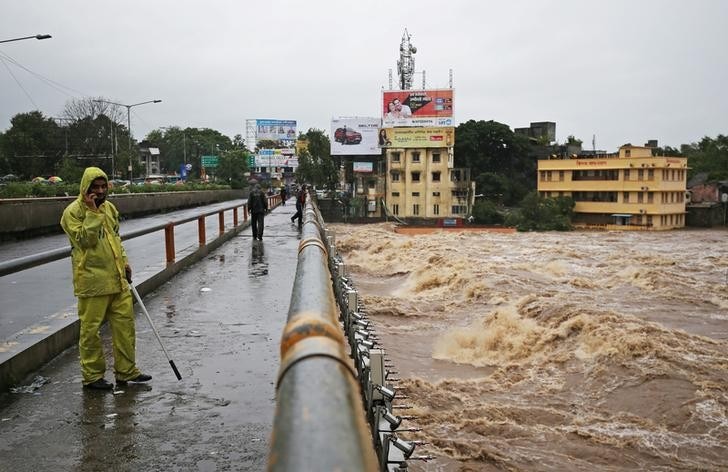 In a letter addressed to Chief Justice Pradeep Nandrajog of the Bombay High Court, former Member of Parliament Nana Patole and social activist Dr.Sanjay Lakhe Patil have sought a declaration of heavy floods and waterlogging in Kolhapur, Satara and Sangli districts of Maharashtra as a man-made disaster under Section 2D of the Disaster Management Act, 2005.

Apart from this, the said letter has sought directions to the state government to file affidavit highlighting the actual relief and rescue measures that have been taken for the people in flood effected areas.

They have also sought appointment of an expert committee for investigation "to fix the responsibility of inaction, delayed response and to suggest preventive measures" for of such calamities in the future in the entire state.

The letter compares State and District Administrations in flood effected areas to "Kumbhakarna" for their delayed response to the disaster.

"This [the flood] has affected millions of people who were in first 1-8 days surviving without Electricity, Water, Food and no communication and no resources for daily needs of people in affected areas, after which State and District Administration woke up from their "Kumbahkarna" sleep after high and loud hue and cry from common people of all other parts of Maharashtra and Media, Social Organization and all opposition Political parties and started to help and coordinate with the Military, Navy, Army, NDRF but this help came very late.

Even after almost 12 days there is no proper co-ordination between all the Government agencies and local administration working towards help and assistance of people. Unfortunately and surprisingly Chief Minister of State, Mr. Devendra Fadnavis who is Chairman of State Disaster management authority took a meeting after almost a week in wake of incessant rain and flood playing havoc in Maharashtra, on Sunday i.e. 11/09/2019 took a detailed review meeting with Chief Secretary, Senior officials from Resettlement and Rehabilitation (R&R), Disaster Management Department and other concerned officials at Ministry Control Room which was a very late response to this severe calamity."

Further, the 16-page letter suggests certain talking points for the said expert committee, such as-

(i) All dams in the State of Maharashtra (specially in Krishna Valley) not operated/used for the purpose of flood control/moderation as per stipulation under National Water Policy, NDMA Guidelines on flood, RTIOR and other similar directives.

(ii) Dams in State had/are not maintained effective flood control zone/flood lines and flood cushions as mandated by BIS report, RTIOR and O&M Manual most of the reservoir were full before the extreme rainfall that occurred between 1-6 August 2019 and they did not have the capacity to accommodate the additional flow generated by extreme rainfall in either upper dams including Koyna or the lower dams i.e. Hipparga and Almatti.

(iii) Dams in State are not updated Rule Curves based.