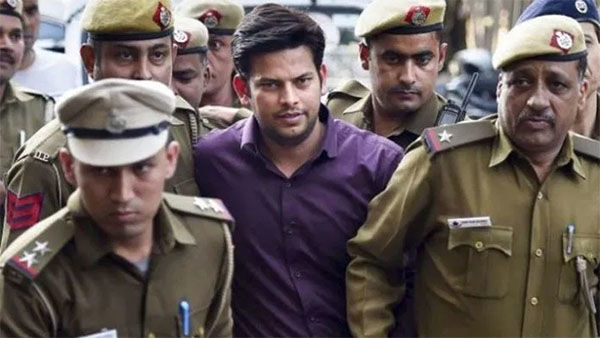 A Delhi Court yesterday framed charges against Aam Aadmi Party MLA Prakash Jarwal and his aide Kapil Nagar in connection with the suicide of a doctor in South Delhi in April last year.Dr. Rajendra Singh had committed suicide in Durga Vihar in South Delhi on April 18, 2020. In his suicide note, Singh had held Jarwal responsible for his death. Jarwal was arrested after a case of abetment to...

A Delhi Court yesterday framed charges against Aam Aadmi Party MLA Prakash Jarwal and his aide Kapil Nagar in connection with the suicide of a doctor in South Delhi in April last year.

Dr. Rajendra Singh had committed suicide in Durga Vihar in South Delhi on April 18, 2020. In his suicide note, Singh had held Jarwal responsible for his death. Jarwal was arrested after a case of abetment to suicide and extortion was registered against him.

Additional Sessions Judge Geetanjali Goel framed charges against Jarwal and Nagar under sec. 120 B (criminal conspiracy) read with sec. 386 (extortion by putting a person in fear of death or grievous hurt), 384 (extortion), 306 (abetment of suicide) and 506 (criminal intimidation)of IPC after observing that the offences were prima facie made out against the two.

However, the Court, while framing charges against another accused namely Harish under sec. 506, discharged him under sec. 306 and 386 of the IPC.

The FIR was registered on the complaint of Hemant Singh, son of the deceased, wherein he had stated that his father Rajender Singh was doing the work of supply of water through tankers since 2005. However, since the accused Prakash Jarwal had won and become MLA of Aam Admi Party, he, Kapil Nagar and others started harassing his father for money regularly.

It was alleged that Kapil Nagar, at the instance of the Jarwal used to take monthly amount and without taking the said amount, he did not allow the plying of their tankers with Jal Board. It was further stated that when his father opposed the giving of amount, his tankers were got removed from Delhi Jal Board about which a complaint was made to the Executive Engineer, Delhi Jal Board.

He also alleged that Singh had pleaded with Jarwal several times not to harass him as he was a heart patient but he kept harassing his father continuously of which they also had a phone recording.

The Court while framing charges took note of the fact that the material on record pointed that Singh had committed suicide and that the post mortem report stated the cause of death as asphxia due to ante-mortem hanging.

It was submitted on behalf of Jarwal that entire complaint was made on the basis of observations made in the diary of the deceased and that the complainant himself was not a witness to the demand or extortion of money. It was also submitted that there was nothing to show any positive act on his part to instigate the deceased.

"The question whether the aforesaid note could be construed as a suicide note or not would be considered at the time of trial and suffice it to say at this stage that the deceased in the said note had specifically stated the names of the accused Prakash Jarwal and Kapil Nagar and further that due to the threats and harassment by the said persons he was committing suicide," the Court noted.

The Court therefore said that prima facie it could be said that the accused persons had created such circumstances that the deceased was left with no option except to commit suicide, more so as his source of livelihood was also affected.

It was also observed that Prakash Jarwal and Kapil Nagar had hatched a conspiracy to extort the tanker owners and the deceased by threatening them to pay money if they wanted to ply their tankers with Delhi Jal Board and further demand was raised at the time of elections of Delhi Legislative Assembly in the year 2020 and they were frightened that if they did not pay the money as demanded, their tankers could not ply in Delhi Jal Board and would be discontinued and the said accused persons also threatened to kill the deceased and his family members.

Accordingly, charges were framed against the accused persons by the Court.