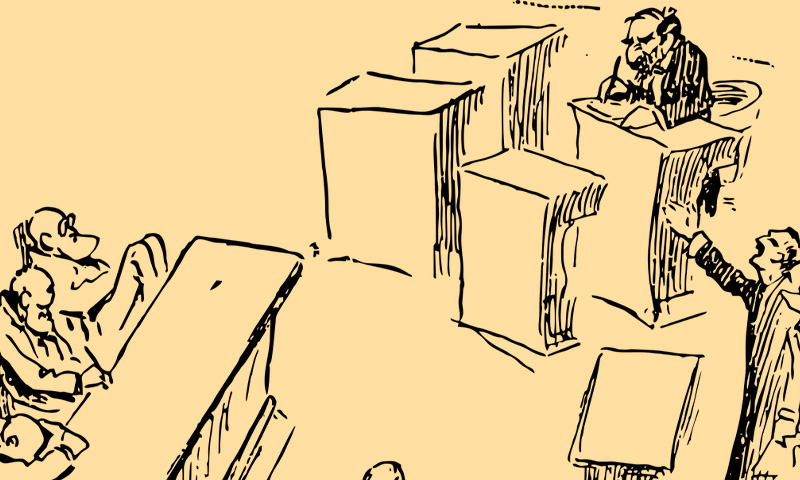 A Delhi Court has initiated criminal proceedings against a lawyer for allegedly arguing in high pitch with the prosecutor despite judge's warning thereby misbehaving inside the courtroom during a physical hearing.

Additional Sessions Judge Shivaji Anand was hearing arguments by a lawyer seeking interim bail for his client during the course of which he had allegedly levelled allegations against the public prosecutor for making his mockery. However, despite the Court giving him repeated warnings, the lawyer continued raising his voice.

Taking serious note of such a behavior, the judge had sought a written explanation from the lawyer explaining as to why he interfered in the court proceedings despite repeated warnings and for his misbehavior.

On the next date of hearing, the lawyer had taken a stand that he did not wish to file any written explanation in the matter.

In view of this, the judge ordered thus:

"Ld. Counsel has been advised that his such stand may amount to an offence, yet he has refused to give any written or oral explanation in this regard. Even he does not feel remorseful for his such act. Hence, let miscellaneous number be registered for further proceedings u/s 228 IPC & u/s 179 IPC in this regard. Let copy of this order along with copy of previous order dated 08/09/2021 be placed in the said miscellaneous file. The matter will be taken­up on 21/09/2021. Let copy of this order be also sent to Prosecution."

The lawyer was seeking interim bail for his client on medical grounds by submitting that being a 60 year old man, he was suffering from many ailments and health complications in view of which the benefit of interim bail must be granted to him.