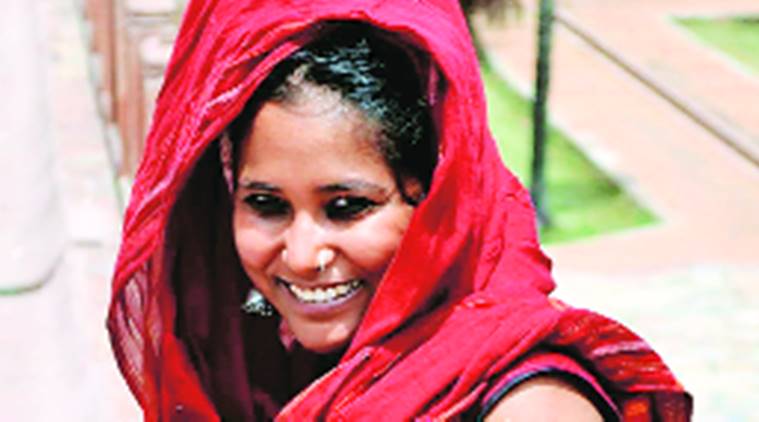 A Delhi court has dismissed the bail application of Pinjra Tod member and JNU student Devangana Kalita, who has been booked under the stringent anti-terror law, UAPA, in a case related to the communal violence in northeast Delhi in February.Additional Sessions Judge Amitabh Rawat said the statements of protected witnesses in the case reflected the role of many accused including Kalita in...

A Delhi court has dismissed the bail application of Pinjra Tod member and JNU student Devangana Kalita, who has been booked under the stringent anti-terror law, UAPA, in a case related to the communal violence in northeast Delhi in February.

Additional Sessions Judge Amitabh Rawat said the statements of protected witnesses in the case reflected the role of many accused including Kalita in planning the activities at the anti-CAA protest sites as part of a "conspiracy" which led to the riots.

"The accused had planned and done chakka-jam resulting in riots as part of the plan. The statements clearly point out the role of the accused Devangana (Kalita) as also other co-accused persons and various actions taken by them in pursuance of the conspiracy.

Considering the statement of such witnesses regarding the role of the accused Devangana and other accused persons whose conduct is also highlighted by various statements, I have no hesitation to hold that there are reasonable grounds for believing that accusation against accused are prima facie true," the judge said in his order passed on August 28.

It further said that since the present case was of a conspiracy resulting in riots, there were various individuals, organizations and groups which are inter-linked and from the statements working in tandem.

"Thus, the statements or acts by the other co-conspirators in furtherance of common object of the conspiracy will be admissible against the present accused Devangana, and the statements and evidence will have to be read in entirety since it is a case of conspiracy".

"Moreover, the assertion that the accused herself physically and directly did not resort to violence as understood in common parlance would not be germane in the context of various acts committed by different individuals including accused in the commission of riots," the court said.

It further noted that the investigation in the case was still continuing.

During the hearing, advocate Adit Pujari, appearing for Kalita, told the court that the stringent provisions of bail would not be attracted since there was no conspiracy and the Unlawful Activities (Prevention) Act was wrongly invoked in the case. He claimed the prosecution has failed to show any prima facie case against her.

The court said that though the accused has a right to protest against any legislation and that was the freedom granted to her by the Constitution of India, it is subject to reasonable restrictions.

"The said assertion was correct to the extent that freedom of speech and expression under the Constitution of India grants her the power and right to voice her opinion about any legislation and thus, to peacefully protest," it said.

The court further said in terms of the investigation, the present case was of a preplanned, multi-layered and deep-rooted conspiracy by blocking the roads and chakka-jam and other means at preplanned sites, inciting people, disturbing law and order, creating communal tension, etc leading to the riots in Delhi.

It said that as per the case of the prosecution, Kalita was a part of organization 'Pinjra Tod' which actively participated in protests against the Citizenship Amendment Act (CAA) and the National Register for Citizens (NRC) and instigated riots in Delhi.

"Her location is also found at protest sites at Jafrabad at the time of protest. She was in constant touch with other co-accused persons like Natasha Narwal, Gulfisha, Safoora and other suspected persons," it said.

Pujari argued that Kalita was a law-abiding member of society and an academic with credentials.

The prosecution was not able to make out as to what was the offence against her as what she was alleged to have said was also narrated by many other public personalities, the lawyer claimed.

The prosecution has not filed any video to substantiate their assertion regarding the involvement of the accused in the conspiracy, though it was the best evidence, Pujari claimed.

Special Public Prosecutor Amit Prasad opposed the bail plea saying there was freedom to contest and oppose law but violent protest and conspiracy was not allowed.

The public prosecutor alleged that it was clear from the examination of case file and case diaries that there was adequate material on record to suggest the role of Kalita in the conspiracy and the riots in Delhi.

He told the court that on March 6, source information was received in the Crime Branch that the communal riot incidents of February 23- 25 in Delhi were allegedly preplanned and was hatched by one Umar Khalid, a student of Jawahar Lal University (JNU) and his associates, all linked with different groups.

He alleged that during the investigation, technical and manual evidence were collected and it was revealed that Kalita played an important role in spreading recent Delhi riots by way of roadblocks, hate speeches, instigating protesters to get violent against the government of India.

Her name was also revealed during the interrogation of the co-accused, Prasad claimed.

The public prosecutor claimed that during police custody remand, Kalita disclosed her involvement in the conspiracy of the present case.

The role of accused Devangna Kalita in the protests and riots in Delhi has been specifically stated in the statements of protected witnesses, who have alleged that Kalita was one of the organizers of Jafrabad/Seelampur protest site and actively participated in planning, conspiracy and incitement of recent Delhi riots, he claimed.

He argued that it was also revealed from the statements of witnesses that Kalita along with other associates allegedly provoked the residents of the area to gather chili powder, lathies, acid, glass bottles and stones and used at the time of confrontations.

He said that investigation of the present case was at a very crucial stage and some key accused were yet to be arrested.

On May 30, she was arrested in a case related to violence in old Delhi's Daryaganj area in December last year. The court had granted bail to her in the case.

She was rearrested and slapped with UAPA in early June for her alleged role in inciting the communal riots in Northeast Delhi in February.

Pinjra Tod (Break the Cage) was founded in 2015 with an aim to make hostels and paying guest accommodations less restrictive for women students.