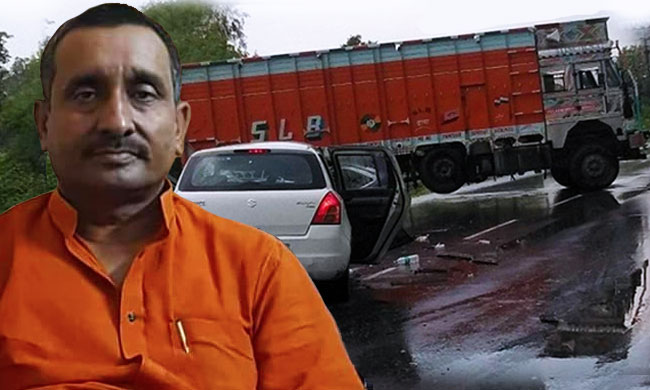 Ruling out foul play and conspiracy in the 2019 Unnao rape survivor car accident case, a Delhi Court has refused to take cognizance against former BJP MLA Kuldeep Singh Sengar in the case.

The Court upheld the Central Bureau of Investigation [CBI] investigation which ruled out foul play in the Unnao rape survivor car accident case. District & Sessions Judge Dharmesh Sharma prima facie noted that all the relevant aspects of the incident were thoroughly inquired, scanned, and investigated by the CBI. The findings appear to conform to common sense, logic, and fair play, the court observed.

"There are no grounds to suggest that investigation conducted by the CBI has been perfunctory, ill-motivated, or unsubstantiated in any manner."

Putting in a word of caution, he clarified that the said observations is not certificating to the investigation by CBI and is neither giving it a clean sheet. The Court remarked,

"There is no gainsaying that many aspects of the investigation shall be tested during the trial. Lastly, this Court is not tying the hands of the CBI to conduct further investigation, and in case they come across any incriminating material linking the accused party with any kind of criminal conspiracy to murder or attempt to murder any member of the complainant party."

Refusing to take cognizance against former BJP MLA Kuldeep Singh Sengar(who is sentenced to life imprisonment for the rape of the Unnao woman) and his aides, under Section 302 (Murder) and 307 (Attempt to Murder) of the Indian Penal Code, the Court concluded that there are no grounds to suspect the fidelity, accuracy, and sincerity of the investigation conducted by the CBI.

Instead, the Court framed charges against the truck driver for causing death by negligence under Section 304-A (causing death by negligence), 338 (causing grievous hurt by act endangering life or personal safety of others) read with Section 279 (rash driving on a public way) of IPC. Kuldeep Sengar, and his aides were charged for criminal intimidation under Section 120B (criminal conspiracy) read with Section 506 Part-II (threat to cause death or grievous hurt) IPC.

The Matter In Brief

The petitioner's case arises from an alleged conspiracy between Sengar and his aides; a collision took place between a truck and a vehicle boarded by the Unnao Rape survivor, her counsel, and two aunts. Her two aunts were killed on the spot, while the victim and her counsel sustained grievous injuries. Thereby, the Uttar Pradesh police registered a case of murder against Sengar and his aides. The CBI Investigation discarded the possibility of any existing criminal conspiracy to commit murder or attempt to murder the victim and her family members.

However, the victim's uncle-complainant moved a protest petition challenging the findings after investigation as a case simplicity for death and injuries due to rash and negligent driving. It was alleged that the accident was stage-managed at the behest of the accused Sengar to prevent her from giving evidence against him.

It was also alleged that the accident was rather a deliberate act to kill the occupants of the car, which is fortified from the attempts made to deliberately tamper with the number plate and color the same in black so that the real culprits could run away. In collaboration with accused Sengar and higher-ups,, the CBI officials overlooked the fact that many witnesses relating to the incident and accident were threatened and coerced to give divergent statements to arrive at botched-up findings.

The present Court was gripped with whether the investigation was defective by the CBI, leaving certain aspects unanswered to shield the real culprits and/or present a distorted or perfunctory scenario of the alleged commission of offenses.

The Court cited statistics relating to road accidents led death whereby it remarked that only a handful of people abide by road safety measures. At the same time, the majority are known for reckless and negligent driving, flouting the traffic rules and norms, and it is only seldom that people get concerned with the rising road accidents and incidents of road rage. He noted,

"The statistics on the Website of Government of India, Ministry of Road Transport and Highways, show that every minute a person dies in a road accident in our country. The statistics further reveal that in 2019, there had taken place 4,49,002 motor accidents resulting in 1,51,113 deaths and injuring about 5,41,361 persons."

Taking a note of the public sentiments and media sensation the case had effected, the Court noted that,

"This is not the stage to doubt each and every aspect of the investigation by the CBI, which is coming out with a plausible version of the incident. As was reflected by this Court at the beginning of this order, this accident had a cascading effect leading to public outcry and intervention by the Hon'ble Supreme Court resulting in giving voice to the otherwise voiceless complainant party in their quest for justice."

Judge Sharma referred to a catena of judicial precedents on fair trial and criminal conspiracy and noted that although the objections of the complainant party 'read like an engrossing thrilling story' but is based on mere surmises and conjectures'.

The Court strongly remarked on the initial investigation done by UP Police, referring it to as 'tainted, lopsided and attempted to conclude hastily to pose the incident as a roadside accident to please the superiors and the political masters'. It, however, noted that acts of omissions, lapses, and irregularities committed by the local Police had caused no irreparable loss to the foundation of the prosecution.

On March 4, 2020, Sengar, his brother, and five others were also convicted for the death of the rape survivor's father in judicial custody and were sentenced to 10 years imprisonment.