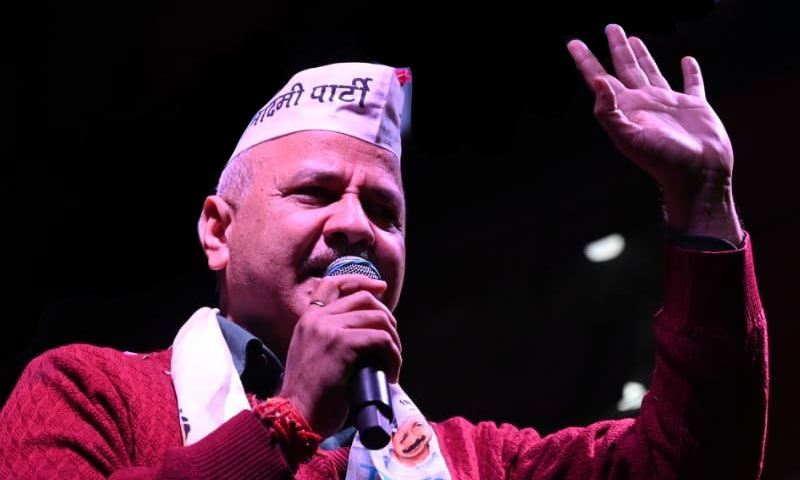 The complaint is against a statement made by Sisodia wherein he had said that Delhi Police personnel were setting a DTC bus on fire during protests against CAA.

Srivastava had asked the court, while invoking its jurisdiction under section 156(3) of the CrPC, to direct police to register an FIR against Sisodia for offences under section 153, 153A, 504 and 505 of IPC.

The complainant had cited student protests against the Citizenship Amendment Act as 'violent' and being 'provoked by people with vested interests'.

The complaint is filed against a statement tweeted by Sisodia on December 15, wherein he had stated the following:

'There should be an unbiased investigation as to what these uniformed people are putting in the buses with yellow and white colour cans before the buses caught fire, and at whose behest it was done? It is clearly seen in the photo that the BJP has done cheap politics by getting this fire put by the police'

The complainant had challenged the said remarks by putting forward an assertion that instead of putting the bus on fire, the police was trying to extinguish the same. He cites a the statement given by Additional PRO, Delhi Police, to substantiate his narrative.

He went on to submit that such 'irresponsible' and 'unverified' statement was not expected from a person holding the office of Deputy Chief Minister.

Moreover, he contended that such a statement could have caused provocation and unrest in the minds of the general public, considering the sensitivity of the circumstances in which it was made.

It was further alleged that Sisodia made such a statement deliberately with an intention to incite violence and cause unrest, to promote disharmony, enmity and ill-will among various groups in the country.

It was highlighted that the Delhi Police had released CCTV footage dated 22/12/19, which clearly captured the arsonists who had put the bus on fire. The same was also covered by many reputed media portals, such as Times of India.

Complainant submits that he had raised this issue with the Delhi Police, on the very next day of the incident. However, more than a month and a half have lapsed and the FIR has still not been lodged by the police, despite the law laid down by the Supreme Court in Lalita Kumari v. State of UP.