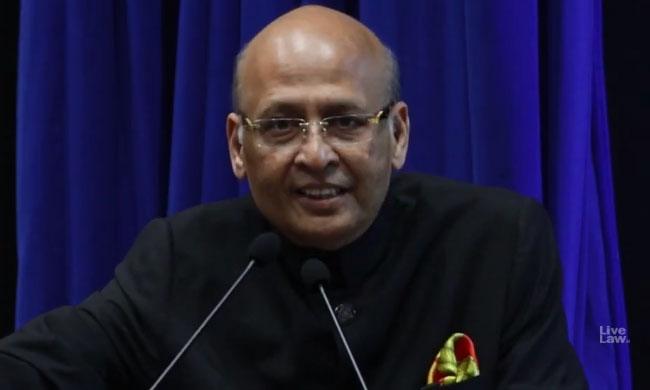 Singhvi, through Advocates Vijay Aggarwal and Mudit Jain, had filed a complaint under Section 500 of IPC against Zaiwalla for defaming him and his deceased father Dr. L.M. Singhvi, through his book titled 'Honour Bound' and through an interview with the Times of India titled as "I Learnt from Bofors never to act in a case involving internal politics".

In the said book, Zaiwalla has attempted to tie the links of the infamous Bofors scandal with Singvi's father.

"the defamatory contents of the Book have no iota of truth. The allegations made therein are totally false, unverified, based on hearsay and a deliberate and malicious attempt to defame the reputation of Complainant's father,"

In fact, it has been asserted that the statements were made to increase the sales of the book by "rumour mongering".

In reference to the impugned article, it has been submitted that the same is an attempt to tarnish the image of the father-son duo inasmuch as it accuses them of acting in personal interests and using their contacts to create undue pressure in an arbitration proceeding before Zaiwalla.

In his interview, Zaiwalla had said that during an international arbitration proceeding before him, Dr LM Singhvi, then High Commissioner for India in the United Kingdom, attempted to illegally pressurize and influence the outcome of the arbitration proceedings in favour of the Indian government, through Zaiwalla's co-arbitrator, who was well know to Dr LM Singhvi. However, when the award was passed against the Indian Government, Zaiwalla's firm was blacklisted.

The MP has asserted that the impugned statements are based on hearsay, are speculative, false and made with a specific intention to harm his and his deceased fathers' reputation and to hurt the feelings of his family and relatives.

Singhvi has also claimed that the statements made during the interview regarding blacklisting of Zaiwalla's firm are self-contradictory inasmuch as Zaiwalla had himself owned up that his firm was sacked up much before his father was a High Commissioner.

The Court of Sumit Anand, Metropolitan Magistrate has asked Zaiwallato remain present in the court on May 29, 2020.