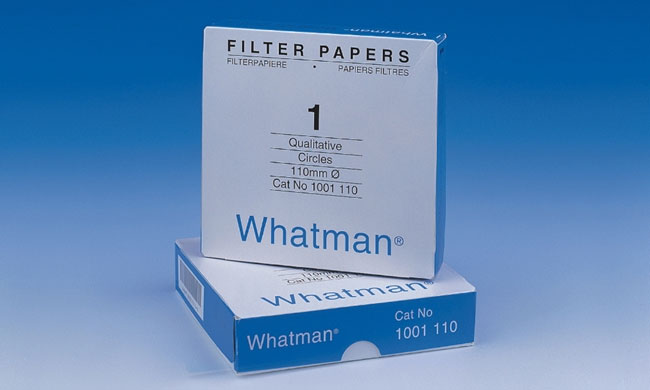 The Delhi High Court has awarded 3.85 crores as damages to UK-based Whatman International Ltd for infringement of its trademark, WHATMAN, by various persons. The order was passed by Justice Pratibha M. Singh, who observed, "The Defendants have caused enormous loss to the Plaintiff in the form of not only selling lookalike filter paper under various brands namely ACHME, HIRAL etc. but have...

The Delhi High Court has awarded 3.85 crores as damages to UK-based Whatman International Ltd for infringement of its trademark, WHATMAN, by various persons.

The order was passed by Justice Pratibha M. Singh, who observed, "The Defendants have caused enormous loss to the Plaintiff in the form of not only selling lookalike filter paper under various brands namely ACHME, HIRAL etc. but have also sold counterfeit WHATMAN filter paper as evident from the analysis reports filed. They have not just caused damage to the Plaintiff but even to the customers who have purchased these products presuming the same to be genuine WHATMAN filter paper."

The court therefore opined that this was a fit case for award of aggravated, punitive damages, noting that the defendants have been infringing the plaintiff's mark and impinging on their rights "deliberately, consciously and wilfully" for a period spanning over 25 years.

"Repeated legal action has not deterred them. They showed no remorse in the statements recorded…The present is a case for award of aggravated, punitive damages," Justice Singh observed, directing the defendants to pay the amount within three months.

Whatman, which sells filter paper, had approached the court contending that even though the registered mark WHATMAN is a surname, it has acquired secondary meaning in trade, owing to it being used for more than 250 years.

It had now alleged that the defendants, who were related to each other, were manufacturing and selling Whatman filter paper, using an identical colour combination for other filter papers sold by them under various trademarks including 'HIRAL', 'ACHME', 'LABSMAN', 'U- CHEM' and 'SUN'.

Whatman, in fact, contended that the defendants were habitual infringers, and had a long history of manufacturing and selling counterfeit Whatman filter paper, beginning from 1992, and thereafter in 2005. The defendants, it submitted, continued to sell infringing goods, despite giving undertakings to the contrary.

When the suit was filed, Local Commissioners were appointed and in the course of execution of commissions, seizures were made by the Local Commissioners. However, as per the allegations, the defendants continued to sell the infringing goods even after a temporary injunction was issued by the court on May 23, 2014 in the case.

Whatman had, therefore, demanded payment of punitive damages to them, in view of the fact that the defendants had repeatedly given undertakings but had chosen not to adhere to them.

In their defence, the defendants had asserted that Whatman does not have any goodwill in India, and that the use of the letter 'W' cannot be monopolised by it. They had also claimed that they were merely related to each other, but were not acting in concert with each other. While all allegations were denied by them, they had categorically submitted that they were willing to suffer a permanent injunction.

At the outset, the court noted that the defendants do not seriously challenge the proprietary rights of the plaintiff in the trademark 'WHATMAN'. It then noted that the defendants do have a history of repeatedly using the WHATMAN trademark as well as selling identical getup, colour combination and layout for filter paper under different marks. They were therefore held guilty of infringement and passing off.

The court further held all defendants, except one, guilty of contempt, noting that there were repeated, deliberate and conscious violations and disobedience of the orders and undertakings. Their pleadings, it further pointed out, contained several false statements, including those pertaining to them acting alone and not acting in concert with each other.

It asserted, "There is no doubt whatsoever that throughout the period despite giving undertakings, and despite the interim injunction, the Defendants have jointly carried out business of counterfeit Whatman filter paper and lookalike filter paper. They are guilty of infringement and passing off. They are also liable for making false statements before Court, which results in impediment of the administration of justice. The violation of the orders of the Court and non-adherence to repeated undertakings given constitutes wilful disobedience."

The matter was then listed on March 5 for hearing on the punishment to be awarded to them for contempt of court.