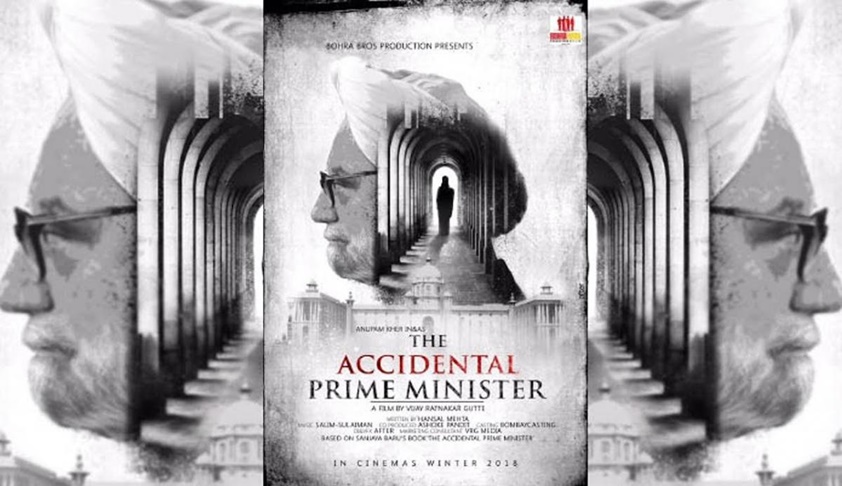 The Delhi High Court, on Wednesday, dismissed a petition challenging the certificate granted by the Central Board of Film Certification (CBFC) to the movie, The Accidental Prime Minister.

The order was passed by a bench comprising Chief Justice Rajendra Menon and Justice V. Kameswar Rao on a PIL filed by Delhi-based designer Pooja Mahajan, who had contended that the certificate awarded to the film under Section 5A of the Cinematograph Act should be revoked in light of Section 5-E read with Section 13 of the Act.

The petition had also contended that even though the movie claims to have been based on the same-titled book authorised by Sanjaya Baru, the trailer is not in fact based on the book. It based this claim on the use of words such as "the elections season", "nuclear deal", "Kashmir issue", etc. in the trailer. This, it said, shows that the trailer is "motivated".

The petition further alleged that the trailer of the movie violates Rule 38 of the Cinematograph (Certification) Rules, 1983 for carrying visual titles in the trailer. The trailer, it asserted, defames former Prime Minister Manmohan Singh, who enjoys national and international repute, and is causing "unaccountable damage" to the name and fame of the office of the Prime Minister of India.

The petition further alleged that the actors in the movie have committed the offence of cheating by impersonation under Section 416 of the Indian Penal Code. The Central Board of Film Certification (CBFC), it therefore submitted, could not have granted a certificate for screening and exhibition of the movie.

"…besides that, the film producers had no authority to violate the mandate of Constitution of India which provides respect, protocol for the Constitutional functionaries. It seems that filmmakers, producers have made an attempt to make commercial gains and the act of "impersonation" have been committed deliberately to defame the office of Prime Minister just to hype the excitement amongst the prospective viewers," it submitted.

Besides, it also contended that the trailer of the movie is spoiling India's relations with foreign states and is ultimately affecting the sovereignty and integrity of India. Highlighting CBFC's responsibility in such a scenario, it averred,

"Respondent No. 4 /CBFC is under statutory obligation under Cinematograph Act 1952 and Rules to judge the entire Trailer in its entirety from the viewpoint of its overall impact and should have examined in the light of country's sovereignty and integrity, country's image before entire world, as regarding unaccountable damage to the office of Prime Minister."

Additionally, it pointed out that the trailer violates Youtube's policy against impersonation as well, and submits that the movie makers should've taken a No Objection Certificate (NOC) from Dr. Manmohan Singh and Ms. Sonia Gandhi before showcasing it.

A similar plea had earlier been filed by the same petitioner, seeking to suspend the trailer of the movie. Justice Vibhu Bakhru had, however, disposed of this plea on Monday, asking the petitioner to file it as a public interest litigation instead.