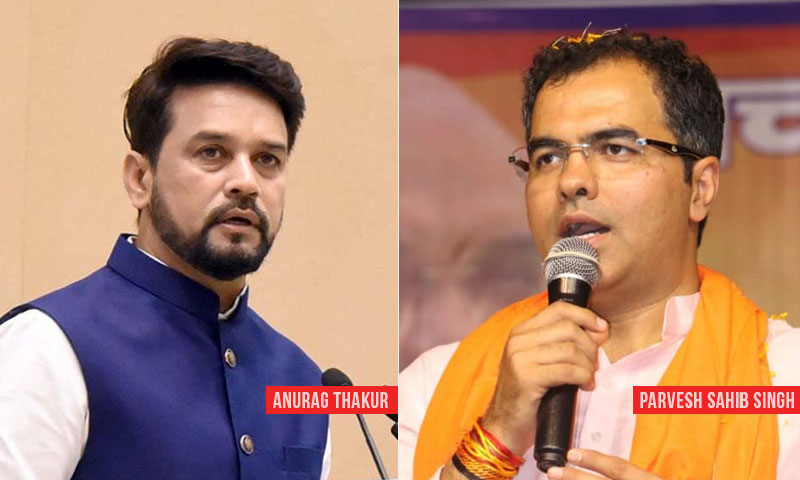 A Delhi Court has directed Special Commissioner of Police, Crime Branch, to submit an Action Taken Report (ATR) on a plea seeking FIR against Anurag Thakur and Pravesh Verma allegedly making hate speeches, in a period of 15 days

In today's hearing, it was informed to the court that the matter has been taken up by Special Investigation Unit of the Crime Branch, and is being monitored by the Special Commissioner of Police, Crime Branch.

Crime Branch, in its Action Taken Report, had asked for 8 weeks to complete the inquiry into the present complaint. It was informed to the court that it would require more time to investigate the said complaint, as the department was busy in the election duty.

ACMM Vishal Pahuja rejected the demand for 8 weeks by citing the current matter as 'sensitive'. Therefore, the Crime Branch has to file a detailed report within 15 days stating whether the FIR should be lodged against the aforesaid BJP leaders or not.

The said order has come in a petition moved by CPM leader Brinda Karat, under section 156(3) of the Criminal Procedure Code.

On January 29, the Election Commission had issued a show-cause notice to Union minister Anurag Thakur for his "desh ke gaddaron ko" slogan.

The Commission had observed in its notice that ,prima facie, the remarks had the "potential of disturbing communal harmony" and the BJP MP had violated the Model Code of Conduct and electoral law.