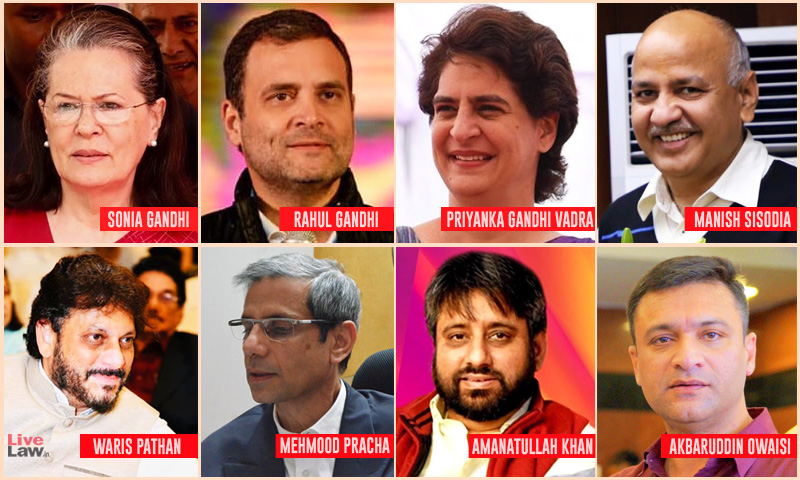 The Division Bench of Chief Justice DN Patel and Justice Hari Shankar has issued notices to Union of India, Delhi Government and Commissioner of Delhi Police.

The matter will next be taken up on April 13.

Filed by an organisation called 'Lawyers Voice', the petition also seeks court's direction to order a SIT probe into the alleged inflammatory speeches made by the said persons.

The Petitioner read out speeches made by the aforesaid political leaders in the open court to argue that the words spoken therein instigated people to carry out violence.

Further, Union of India, Delhi Government and Commissioner of Delhi Police, are made Respondents to the petition.

The petition has claimed action against hate speeches which, as per the Petitioner, were made by the leaders of the political parties such as Congress, AIMIM and Aam Aadmi Party.