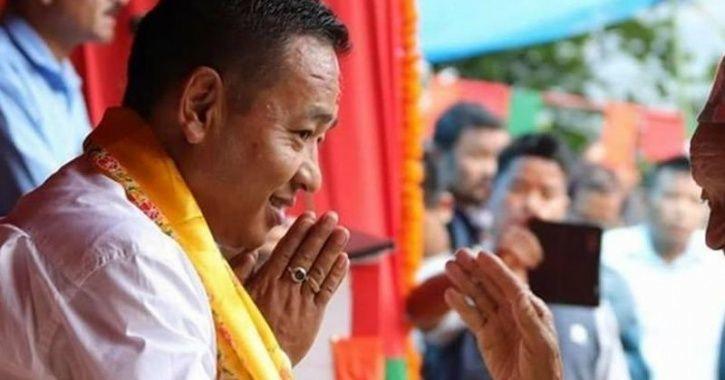 Delhi High Court has issued notice to Election Commission, Central Government and Sikkim Government in a petition challenging the reduction in disqualification term of Prem Singh Tamang from 6 years to 1 year and 30 days.

Tamang, Sikkim's Chief Minister, was found guilty of misappropriation of funds in a case involving procurement of cows. He was sentenced to one year of imprisonment, following the completion of which, he was made ineligible for contesting elections for a period of 6 years under section 8 of The Representation of The People Act, 1951.

In compliance of the order, Tamang could not personally contest the elections for legislative assembly of Sikkim, however, his party, Sikkim Krantikari Morcha, appointed him as the Chief Minister.

On September 29, Election Commission had passed an order, exercising its powers under section 11 of the Representation of the People Act, to reduce the term of disqualification from 6 years to a little over a year.

EC had mentioned in its order that the offences for which Tamang was convicted in 2016 dates back to 1996-97. Moreover, the section of Prevention of Corruption Act under which he was convicted has been omitted by the amendment brought about in 2018. Tamang's imprisonment term ended on August 10, 2018.

The Petitioner, Dek Bahadur Katwal, General Secretary of the Sikkim Democratic Front, has

challenged the aforesaid order of the EC by citing that the same was passed just a day before the date scheduled for filing of nominations.

He has also challenged the validity of section 11 of RPA as being arbitrary and hence unconstitutional.

Earlier, the Supreme Court had also issued notices to the Central Government and the Sikkim Government in a plea challenging the appointment of Tamang as the Chief Minister of Sikkim.

The case will next come for hearing on December 24.