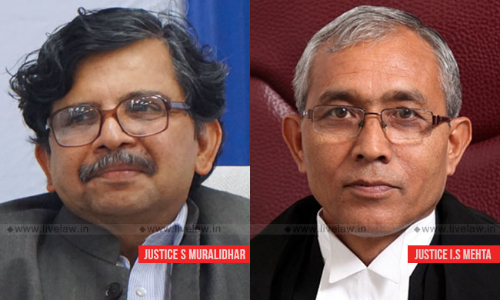 In a significant order, the Delhi High Court has directed the Customs authorities to pay Rs. 93,34,783 to a Kenyan national, whose gold was confiscated and sold off by it without issuing show-cause notice.The order was passed by a Division Bench of Justices S Muralidhar and I S Mehta on a plea by Zhinet Banu Nazir Dadany, a Kenyan woman, from who gold weighing 3732.48 grams was seized by...

In a significant order, the Delhi High Court has directed the Customs authorities to pay Rs. 93,34,783 to a Kenyan national, whose gold was confiscated and sold off by it without issuing show-cause notice.

The order was passed by a Division Bench of Justices S Muralidhar and I S Mehta on a plea by Zhinet Banu Nazir Dadany, a Kenyan woman, from who gold weighing 3732.48 grams was seized by Customs officers at the New Delhi airport on January 5, 2015.

Zhinet claimed that she had carried the gold to India with the intention of making jewellery here and taking back to Kenya for sale. The Customs authorities said that she was attempting to exit through the 'Green Channel' without declaring the gold with her, and it was seized under Section 110 of the Customs Act on the ground that it was attempted to be imported into India illegally without payment of customs duty.

Aggrieved by the non-return of the gold, she filed writ petition in High Court in 2018, stating that no show-cause notice has been served on her.

In the counter-affidavit filed by the Department after much delay, it stated that show-cause notice was served on Zhinet through the embassy on June 30, 2015.  However, the Kenyan Embassy replied on November 11, 2015 that the she was not residing in the address given. The Department further stated that adjudication order was passed against her on January 15, 2019 and the gold was sold off by auction.

The Court took exception to the fact that the Customs passed adjudication order against the Kenyan national and disposed of her gold without issuing notice to her.

As per Section 110(2) read with 124(1)(a) of the Customs Act, show-cause notice has to be served within six months of the seizure. The Court noted that no attempt was made by the department to serve show cause notice after the seizure. The Court also noticed that the adjudication order was passed against the Kenyan woman without notice to her, despite the fact the the writ petition was pending in the High Court then.

"It was further explained in Chaganlal Gainmull v. Collector of Central Excise 1999 (109) E.L.T. 21 (SC) that if the SCN was not issued within six months from the date of seizure the consequence would be that the person from whom the gold was seized would become entitled to its return. Even the adjudication order in the present case would be illegal as the Commissioner passed the same ex parte without the SCN having been actually served upon the present Petitioner at all in the present case", stated the judgment written by Justice Muralidhar.

The second illegality was that the gold was disposed of without notice to her. As per Section 110(1)(A), it is necessary to give notice to the owner before disposing of the seized articles.

"There is no explanation offered by the Respondents as to why they were constrained to dispose of the seized gold, when it was neither perishable nor hazardous. Also, there is no answer why it had to be disposed of without notice being issued to the person from whom it was seized present case", observed the bench.

"In the present case with the seized material not being perishable, being gold bars, there was no reason for the Respondents to have hurriedly disposed it off and that too without notice to the Petitioner. When it was plain that even the SCN was not served upon the Petitioner, there was no reason to proceed with disposal of the seized gold without notice. It also appears that the Respondents hurriedly went ahead and passed an adjudication order more than four years after the gold was seized only after the present petition was filed", the Court added.

On these grounds, the petition was allowed, directing the department to pay Rs. 93,34,783,  which was the value of the gold assessed by the official appraiser.