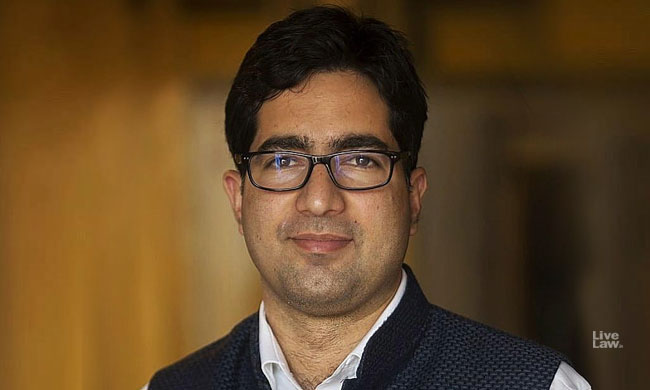 The Delhi High Court on Monday sought the response of the Central Government to the habeas corpus petition filed against the detention of IAS officer- turned- politician of Kashmir Shah Faesal.

The petition filed by an office bearer of the Jammu and Kashmir People's Movement (JKPM) party founded by Faesal stated that he was detained by the authorities of Delhi Airport on August 14 when he was about to board a flight abroad and was sent back to Kashmir.

Faesal's wife was allowed to meet him only once and when she met him, he looked frail and unhealthy, submitted Warisha Farasat, the counsel for the petitioner. Farasat also read out the letter of solidarity signed by the alumni of Harvard University who were Faesal's batchmates.

Solicitor General Tushar Mehta, appearing for the Centre, opposed the maintainability of the petition filed for Faesal's release. The petitioner has no direct knowledge of the events, and the petition is based only on hearsay, submitted the SG.

The bench of Justices Manmohan and Sangita Dhingra Sehgal orally observed that Faesal's wife should be permitted to meet him for an hour. The Solicitor General assured the bench that it will be done.

The Court has asked the Centre to file reply to the petition by Thursday and listed the matter for next hearing on Friday.