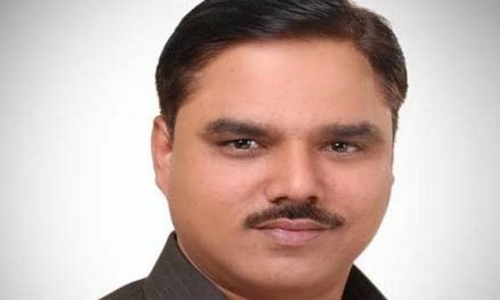 Justice Rajiv Sahai Endlaw, while noting that Tomar fabricated his LL.B degree, has held that the false declaration by him of his educational qualification and vocation has resulted in inducement and thwarted free exercise of electoral right of the voter.

The present petition was filed by BJP leader Nand Kishore Garg, who had lost Tri Nagar constituency seat to the AAP leader by over 63000 votes, in 2015 Delhi polls.

He had submitted in his petition that Tomar had falsely represented himself as a law graduate and an Advocate in his election declaration, which amounted to a corrupt practice under the Representation of the People Act, 1951.

He further submitted that Tomar is not even a graduate, thus, his claim of being a member of the Bar Council of Delhi is false and bogus.

It was also argued that Tomar ran his election campaign while representing himself as an Advocate, while a bare perusal of his education documents would show that he is not even qualified to get an admission in an LL.B. programme. He stated that:

'While furnishing false information to the effect that his highest educational qualification is LL.B., and suppressing his alleged two year graduation degree from Avadh University, has committed a corrupt practice under Section 123(4) of the Representation of the People Act.'

It was further argued that Tomar had 'befooled' the electorate as well as the Chief Minister, in getting himself appointed as the Law Minister.

In his defence, Tomar had made the following submissions before the court:

a. furnishing of wrong information with the nomination form does not constitute a ground for setting aside of the election

b. there was no material on record to show that the result of the election was materially affected by the declaration, even if wrong

c. that he, in an earlier election also had declared himself to be a law graduate and though Garg also had contested the said election against him but had not raised any objection

d. He was found to be eligible to be admitted to law college, where he successfully completed the law course and was awarded the law degree

e. the fact that he is a law graduate or an Advocate, did not amount to any special appeal to the electors/voters to vote for him or to refrain from voting for any other candidate; it did not impair the electoralchoice of any elector/voter in any manner whatsoever

While rejecting the defence put forward by Tomar, court opined that just because the Petitioner did not raise any objection to the educational qualification disclosed by Tomar in the previous election, it would not prevent the petitioner from filing this Election Petition. The court said:

'It is the settled principle of law that there can be no estoppel against a statute.'

The court also observed that Tomar, even if not aware of the eligibility requirement of three years graduation, for admission to three years LL.B.

programme, he was certainly aware of being not a graduate at all from Avadh University and of the graduation degree in B.Sc. relied upon by him for

seeking admission and for seeking enrollment with the Bar Council of Delhi, being non-existent and fabricated.

'This corrupt practice by Tomar has contaminated the stream of election', the court observed.

While noting that Tomar's LL.B. degree is fabricated and consequently he can't be a member of the Bar Council of Delhi, the court highlighted that:

'The statutory requirement of disclosing the highest school/university education and vocation in the Nomination Form cannot be complied with pedantically. It is not open to a person, who under the relevant statutes was not eligible for admission to the highest educational qualification and who got admission thereto by fabricating documents of eligibility, to contend that he has indeed obtained the qualification disclosed by him, inasmuch as the

qualification so obtained is null and void'.

Therefore, the court has declared Tomar's election to the Tri Nagar constituency as void. It is also held that the Election Commission wrongfully accepted Tomar's nomination papers.