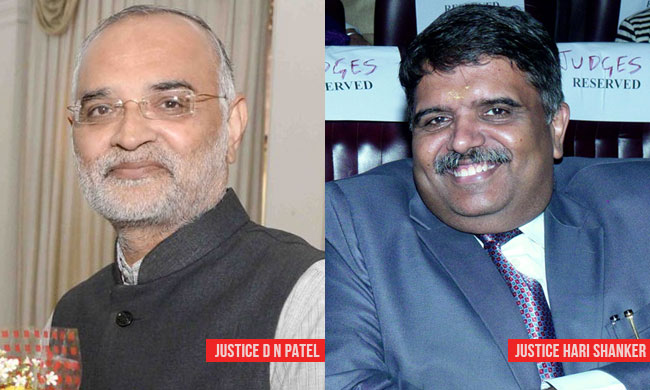 The Delhi High Court on Friday dismissed a plea seeking direction to the Centre to declare 'Vande Mataram' the national anthem, at par with "Jana Gana Mana", or the national song.

A bench of Chief Justice D N Patel and Justice C Hari Shankar said it finds no reason to entertain this petition, while exercising its powers under Article 226 of the Constitution.

"We see no reason to give direction to the respondent (Centre) to declare Vande Mataram as national anthem or national song," the bench said.

In his plea, Upadhyay had said that the national song played a vital role in the Independence movement and was first sung in a political context by Rabindranath Tagore at the 1896 session of the Indian National Congress.

"However, the sentiments expressed in 'Vande Mataram' denote the nation's character and style and deserves similar respect," the petition had contended.

It had sought a declaration that 'Vande Mataram' shall be honoured equally with the song 'Jana Gana Mana' and shall have an equal status with it.

Apart from that, the petition had also sought a direction to the central government to frame a national policy to promote and propagate both the national anthem and the national song.

It had also urged the court to direct the government to ensure both songs are sung in all schools on every working day.

This is not the first time such a petition has been moved in the high court.

In October 2017, a PIL was filed in the Delhi High Court seeking a direction to treat the national song at par with the national anthem.

The court had dismissed the petition after the central government had opposed the plea saying 'Vande Mataram' occupies a "unique and special place" in the psyche of Indians but it cannot be treated at par with 'Jana Gana Mana'.