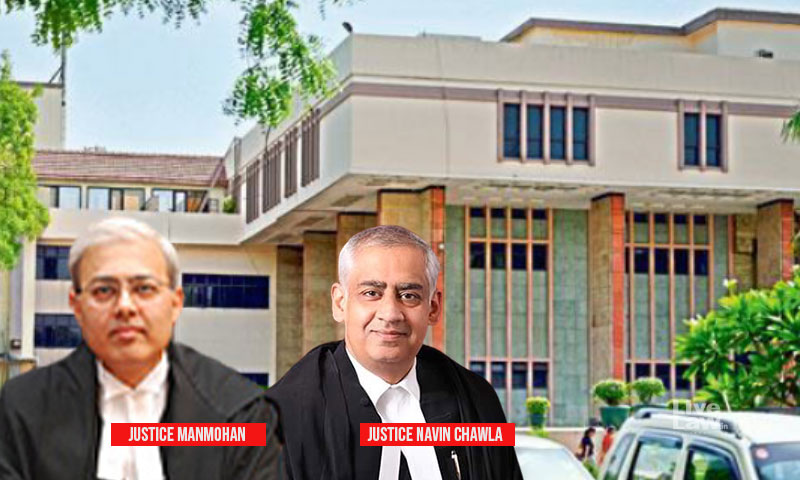 Calling it a misconceived and half baked petition, the Delhi High Court on Friday refused to entertain a plea challenging an agreement between Delhi Metro Rail Corporation (DMRC) and Anil Ambani-led Reliance Infrastructure-promoted Delhi Airport Metro Express Pvt Ltd (DAMEPL) in the year 2008. The plea alleged that the agreement was executed by playing a fraud on public money. Justice...

Calling it a misconceived and half baked petition, the Delhi High Court on Friday refused to entertain a plea challenging an agreement between Delhi Metro Rail Corporation (DMRC) and Anil Ambani-led Reliance Infrastructure-promoted Delhi Airport Metro Express Pvt Ltd (DAMEPL) in the year 2008.

The plea alleged that the agreement was executed by playing a fraud on public money.

Justice Manmohan and Justice Navin Chawla was hearing a plea filed by Advocate Manohar Lal Sharma challenging the agreement dated August 25, 2008 entered between the parties, alleging that the same was hit by fraud, was contrary to public policy and was promoted by the parties jointly to siphon public money.

- In the case of termination due to default on DMRC's part, the DMRC shall pay "debt due, 130% of the adjusted equity; and Depreciated Value of the Project Assets, if any, acquired and installed on the Project after the10th anniversary of the COD (commercial operations date, or date of opening).

The plea also sought a direction to quash proceedings pending before a Single Judge in a plea filed by DAMEPL seeking enforcement of an arbitration award dated May 11, 2017.

It was thus the case of the petitioner that the impugned agreement was an outcome of fraud under termination clause to give compensation to DAMEPL in case of termination by either of the parties. According to Sharma, DMRC had no right to get compensation if the contract gets terminated by DAMEPL.

During the course of hearing today, Sharma claimed that the impugned agreement was given effect under a shadow fighting, four months after Reliance formed DAMEPL.

"This is a position where on the basis of this agreement, Rs. 7,100 crores of public money is going to be released under shadow fighting which is going since the beginning till now," Sharma argued.

On this, Justice Manmohan asked Sharma if he had approached any relevant authorities to agitate his grievance before coming directly to the High Court.

Suggesting that appropriate proceeding seeking registration of FIR can be filed for agitating the allegations of fraud and cheating, Justice Manmohan orally remarked thus:

"The single judge of this Court, a division bench of this Court, Supreme Court has applied it's mind to the clause and reached a conclusion that the award is proper."

"If it's a fraud, the Courts are always open. Go file a proceeding under sec. 156(3) of CrPC. If you are so sure about your fraud, please go agitate it over there."

To this, Sharma responded thus:

"The person who will breach the agreement, will have to pay for the losses. In this case, either DMRC will breach or Anil Ambani will breach. In both circumstances, DMRC will pay to Anil Ambani. This is termination clause. No common man will go for this type of clause. It wasn't challenged by the DMRC itself that proves that DMRC also has hands with Anil Ambani."

Pulling up the counsel, the Court opined that the petition was misconceived and was filed without proper homework and research.

"You please understand. This is not PIL. You come with one piece of paper which is some newspaper report. You have not written a letter to DMRC that this is a contract which you have executed under force, coercion or due to any fraud. You have not approached anyone. You come straight marching to the High Court," Justice Manmohan remarked.

He added "You have come to the Court without doing any spadework. It's an absolute misconceived petition without doing any homework. That's not a way you approach a matter. Many times PIL is filed to kill a good cause."

"You file it prematurely, file it without documents, ensure it gets dismissed. Tomorrow when a genuine PIL comes or a genuine proceeding is filed then its told it's foreclosed, as the High Court has dismissed it. Why do you file such half baked petitions when you know what will be the conclusion in this petition? Are you helping the cause of justice?"

Asking Sharma to explore the alternative remedies available with him, the Court said "I don't know what is this…at least this is half baked, quite misconceived."

Justice Manmohan also remarked "It has to be done with some proper research. You can't come on the basis of some news report saying this contract is vitiated. And if we start doing that, what will happen to contracts?"

After some arguments, withdrew the petition with liberty to file appropriate proceedings in accordance with law.

The plea raised the question as to whether an agreement having one sided termination clause, to give compensation only to one party terminated by either one, is not void being hit by fraud and contra to the law and public policy?

"That all the respondent having hand together has been trying to release Rs.7100 from PSU to respondent no.2 & 3. It's a clear case of corruption Fraud by the R-3, R-4, R-5 under the garb of arbitration and court proceeding with all effort for favouring respondent no.2 and 3 by the all respondent no.1,4 and 5 which is liable to be investigated and prosecuted under PC Act and 420 of IPC," the plea read.