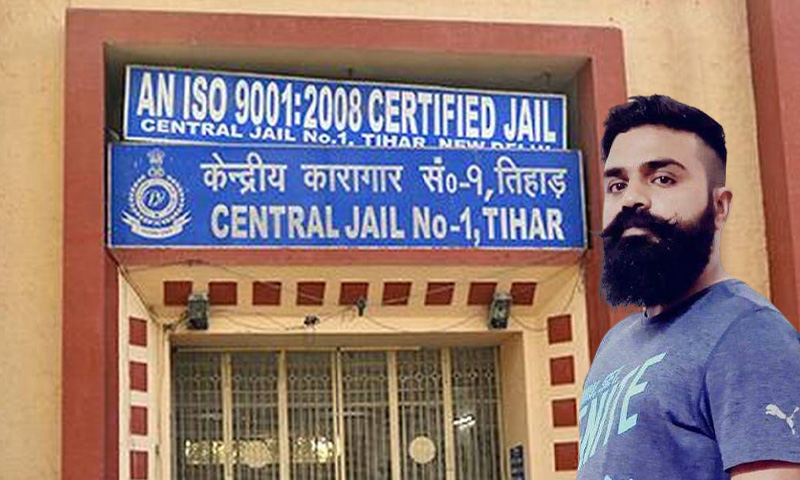 The Director-General of Prisons has informed the Delhi High Court that 6,944 new CCTV cameras have been installed in the Delhi prisons to prevent any mishap or violence inside jails.It has been further stated that all Jail Superintendents have been issued a circular suggesting remedial measures to be followed in case of any violence, etc.The development comes in the case relating to Ankit...

The Director-General of Prisons has informed the Delhi High Court that 6,944 new CCTV cameras have been installed in the Delhi prisons to prevent any mishap or violence inside jails.

It has been further stated that all Jail Superintendents have been issued a circular suggesting remedial measures to be followed in case of any violence, etc.

The development comes in the case relating to Ankit Gujjar, a 29 year old Tihar Jail inmate who was allegedly murder inside the jail premises.

Earlier, Justice Mukta Gupta had transferred the probe in this matter from Delhi Police to Central Bureau of Investigation (CBI).

The Director General of Prisons has informed the Court that its final enquiry report dated August 31 has found the Deputy Superintendent negligent in performing his duties. Moreover, the Court has also been informed that apart from the CBI enquiry, departmental action has also been initiated against him.

The Court has also been told that the appointment of Jail Doctor has been canceled for negligence in medical examination of Ankit Gujjar.

"At present 6944 new CCTV cameras have been installed and these are functional in all the prisons of Delhi. The recording of these cameras is preserved for 1 month at two different locations viz. one at jail itself and the other at the Prison Hqs. In case of any untoward incident in the jail, the CCTV footage can be preserved till further orders," the affidavit reads.

The status report also states that it has been reiterated to all jail superintendents that police will not be denied entry inside jails to conduct enquiry or investigation into commission of cognizable offences.

The plea moved by Ankit's mother, sister and brother through Advocates Mehmood Pracha and Shariq Nisar, alleged that Ankit was being harassed by jail officials and was in fact murdered as a part of a pre-planned conspiracy.

Ankit Gujjar was found dead inside Tihar Jail on August 4. He was lodged in Central Jail No. 3. Four officials were also suspended by the DGP in connection with the incident, including Deputy Superintendent, two Assistant Superintendents and one Warden.

While transferring the probe to CBI, the Court said "Walls of prison, howsoever high they may be, the foundation of a prison is laid on the Rule of Law ensuring the rights to its inmates enshrined in the Constitution of India."

The Court was of the view that the case called for immediate remedial actions by the State and Director General, Prison so that 'unscrupulous officers at the Jail do not take advantage of knowledge of the non-working of the CCTVs so that they can get away by doing any illegal act/offences.'

"Further, even when Ankit got injured and was alive, in case proper medical treatment was provided to him, his life could have been saved and thus an investigation not only as to who all committed the offence of brutally beating the deceased Ankit resulting in his death has to be carried out, but the role of jail doctors in not providing proper treatment at the right time is also required to be ascertained by a proper inquiry," the Court had noted.

"Moreover, necessary rules and regulations so that the police is not denied entry in the jail to conduct an enquiry/investigation into the commission of a cognizable offence are also required to be made."