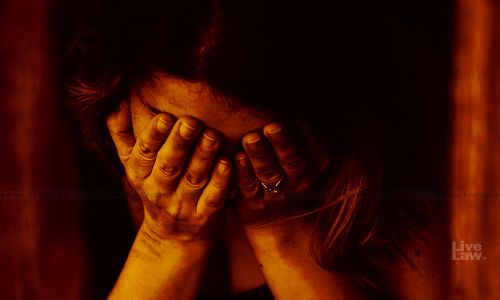 More than 10 years after his acquittal in October 2011 by a Trial Court here, the Delhi High Court on Friday convicted a man for raping a 11 year old minor victim in the year 2010 and awarded a sentence of 10 years of rigorous imprisonment.A division bench comprising of Justice Mukta Gupta and Justice Mini Pushkarna allowed the appeal filed by the prosecution in the year 2014 against the...

More than 10 years after his acquittal in October 2011 by a Trial Court here, the Delhi High Court on Friday convicted a man for raping a 11 year old minor victim in the year 2010 and awarded a sentence of 10 years of rigorous imprisonment.

A division bench comprising of Justice Mukta Gupta and Justice Mini Pushkarna allowed the appeal filed by the prosecution in the year 2014 against the Trial Court order dated October 20, 2011 whereby one Rahul was acquitted in FIR registered under sec. 376 and 377 of Indian Penal Code.

The Trial Court had granted him benefit of doubt by holding that the prosecution had failed to prove its case beyond any reasonable doubt.

In April 2010, the minor victim while returning from school, had gone to a public toilet when the man had followed her and forcibly took her to male toilet, removed her clothes and committed rape upon her.

The man was apprehended some days later and was taken to the police station. The matter was reported to the police after seven days of the incident.

As per the status report filed by the prosecution in November 2013, the man was not seen in the area of his residence since long period of time and therefore, could not be traced.

Since non-bailable warrants against the man were not executed, the High Court in March 2014 directed initiation of proclamation proceedings against him under sec. 82 and 83 of CrPC.

In its ruling on September 9, 2022, the High Court observed that the Trial Court ignored the fact that the victim, who had lost her mother at a very young age and whose father was also missing, was staying with her aunt along with her sisters. It thus opined that the victim's Aunt was looking after 10 children, 6 of her own and 4 of her brother, which included the victim.

"This is coupled with the fact that the victim belonged to a very poor family and her aunt met the two ends by working as a labourer. In these circumstances, PW8, aunt of the victim cannot be expected to know the importance of reporting such matters immediately," the Court said.

It added, "Even otherwise, considering the thought process prevailing in the society in general, there is reluctance to report such incidents of rape. Thus, delay in lodging the FIR cannot be considered as a factor to doubt the prosecution case in any manner."

The Court also observed that the Trial Court also committed grave error in holding the victim as a tutored witness by stating that in her cross examination the victim had deposed that she had stated whatever her aunt and police told her to state.

The Court also opined that since the victim belonged to an economically and educationally backward family, they cannot be expected to be vigilant enough to preserve the evidence or even know its importance.

"The finding that there is no satisfactory explanation for their non-production, is totally devoid of any merits, since the learned Trial Court failed to appreciate that in the present case, the investigation started after 7 days of the incident when the matter was reported. It may not be lost sight of the fact that PW8 Aunt of the victim is a labourer and is not an educated woman," it added.

Noting that the victim had already been proved to be a minor at the time of incident, the Court awarded a sentence of Rigorous Imprisonment for 10 years to the man for offence punishable under sec. 376 IPC. He was also directed to pay a compensation of Rs.50,000 to the victim and in default whereof to undergo Simple Imprisonment for a period of 2 months.

"Thus, in the year 2010 when the incident happened, the punishment for rape where a victim was under 12 years of age, was for a term which shall not be less than 7 years but which may be for life or for a term which may extend to 10 years and shall also be liable to fine," the Court said.

It added, "The accused is already in custody and is directed to undergo the remaining period of sentence. Benefit of Section 428 Cr.P.C. will be provided to the respondent."

The appeal was accordingly disposed of.