Procedural Formalities In CPC Intended To Facilitate Litigation, Not To Be Abused As Instrument Of Oppression To Frustrate Proceedings: Delhi HC 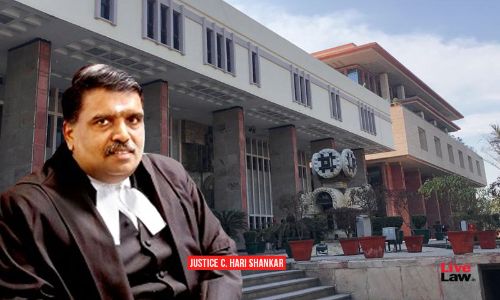 The Delhi High Court has observed that the procedural formalities in the Code of Civil Procedure are "intended to facilitate litigation" by prescribing the course to be adopted and not to be "abused as an instrument of oppression" to frustrate validly instituted proceedings.

Justice C Hari Shankar was dealing with a plea challenging the orders dated 16th August 2021 and 2nd February 2022, passed by the District Judge (Commercial Courts) in a civil suit which was preferred by the respondent against the petitioner.

The suit was filed as a commercial suit under the provisions of the Code of Civil Procedure, 1908 (CPC), as amended by the Commercial Courts Act, 2015.

The petitioner, as the defendant in the suit, moved an application under Order VII Rule 11 of the CPC, seeking rejection of the suit on the ground that it had been filed in violation of sec. 12A of the Commercial Courts Act, which required the plaintiff to resort to pre-institution mediation before approaching the Court.

The Additional District Judge observed that it was impossible for the respondent to have exhausted the protocol envisaged by sec. 12A before filing the civil suit and rejected the petitioner's objection to the maintainability of the suit.

In review, the Commercial Court held that there was no error apparent on the face of record in its earlier order dated 16th August 2021 and that, therefore, the review application was bereft of merit.

It held that the return of a suit can only be on grounds envisaged by Order VII Rule 10 of the CPC, and not because there was no mechanism in place for pre-institution mediation.

"The Court is fortified in this impression by the fact that, despite the order dated 16th August 2021 of the learned Commercial Court having clarified this position unequivocally, the petitioner not only preferred a review petition, which took another six months to be decided but has, thereafter, dragged the matter further to this Court by invoking Article 227 of the Constitution of India," it noted.

The Court added "The procedural formalities in the CPC are intended to facilitate litigation by chalking out, in clear terms, the procedure to be followed, and not to be abused as an instrument of oppression, to frustrate proceedings validly instituted. This Court, therefore, while affirming the impugned orders passed by the learned Commercial Court, deprecates the attitude of the petitioner in no uncertain terms."

Accordingly, the petition was dismissed with costs of Rs. 11,000 to be paid by the petitioner by way of a crossed cheque or demand draft favouring the respondent.