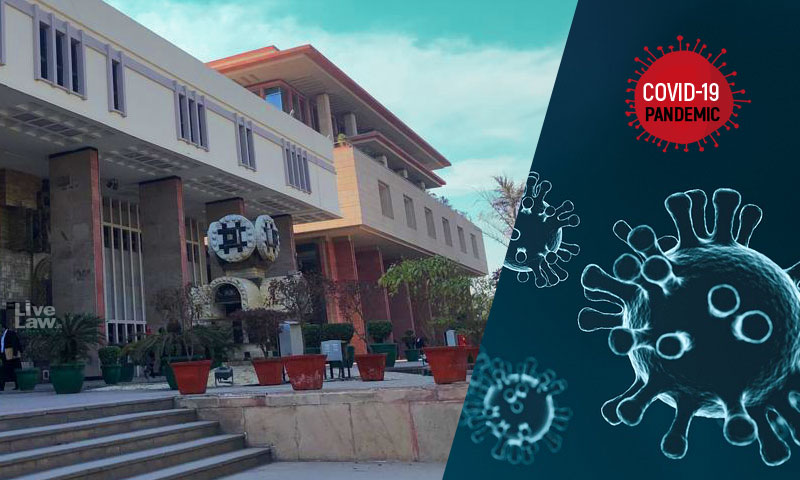 A day after the Aam Aadmi Party-led Delhi government told the Delhi High Court upon being questioned, that it's got a 250-bed Covid facility ready in Indira Gandhi Hospital, Dwarka, New Delhi, the government today informed the Court that the hospital is ready to offer 80 beds of which 8 are occupied.Yesterday the court had lashed out at the government for mistakenly informing it on Saturday...

A day after the Aam Aadmi Party-led Delhi government told the Delhi High Court upon being questioned, that it's got a 250-bed Covid facility ready in Indira Gandhi Hospital, Dwarka, New Delhi, the government today informed the Court that the hospital is ready to offer 80 beds of which 8 are occupied.

Yesterday the court had lashed out at the government for mistakenly informing it on Saturday that a 250-bed Covid facility was available at the hospital. The issue was flagged when Adv. YP Singh pointed out to the court that until even Tuesday, not a single admission had been made in the supposedly ready facility.
While the government had yesterday informed Court that the facility was not able to be made operational as it had come to their notice at the eleventh hour that PESO certification was necessary was usage of oxygen cylinders, today, the government informed through its affidavit filed by Sr. Adv. Rahul Mehra that there is no emergency, ICU or oxygen facility there and severe patients aren't being admitted at the facility.
Adv Singh informed Court, "I've inquired today. Around 8 patients are there, whose oxygen is above 90%. There's no oxygen, ICU, ventilator service."
Upon the bench's questioning on the affidavit directed to be filed on the matter, Sr. Adv. Mehra said the same was already filed and read out its contents for the court.
Unsatisfied with the same, the court asked, "Have we not directed that you should tell us about medical and para-medical staff?"
Defending the non-readiness of the hospital facility, Mehra cited the decreasing trend of daily infections in the capital and said that "out of the available beds shown as of 10:30 am today, there are 3277 oxygen beds and 88 ICU beds vacant. It keeps fluctuating. We are in a much better situation today than we were."
He argued, "If existing beds are also lying empty, there's no point in further augmenting beds."
To this the bench questioned the government's oscillating stand on the issue and enquired why it was hesitant to make use of "this huge facility which can be constructed", and instead wanted to "use temporary ones."
The division bench of Justices Rekha Palli and Vipin Sanghi said to Mehra that from pictures the facility appeared complete.
Mehra replied, "My affidavit and instructions state that it's not complete."
The bench ordered the government to, give it a timeline as to when the facility will be functional, which the government would bind itself to and non-adherence to which would give rise to consequences.
Still defending the government's position and stand, Mehra drew the court's attention to the centre's behaviour instead, "We are cooperating in every way we can. We have been bending backwards and doing everything under the sun. See the attitude of the central government, no bed has been added but they haven't been asked to respond or file an affidavit!"
Justice Palli then warned Mehra that they were creating a tangent, when infact they were only asking them about the facility.
The court recorded in its order that, "It's been stated that while construction of the 700 bed Indira Gandhi hospital was going on, it was revised to accommodate more beds. It's been stated that construction is not complete. Accordingly it was decided to start a 250-bed covid centre in the building. In the absence of infrastructure, ICU can't be utilised. It's a Covid centre for patients with mild or moderate symptoms. Petitioner counsel has submitted that 80 beds are what the hospital is ready to offer of which 8 are occupied. There's no ICU facility, oxygen or emergency. Mr. Mehra submits that as of now 4525 beds are vacant in GNCTD at the moment. He submits that therefore there's no grave urgency completing the project. The pictures show the facility is ready. There's no reason why the State should not complete the project at earliest. The state should learn from the bitter experience that all citizens have gained with present onslaught of the pandemic. Though the situation may have somewhat improved with regards to Covid beds, as stated by Mr. Mehra, we can't forget the situation which existed just a couple of days ago, when serious patients in need of hospitalisation and those requiring oxygen and ICU succumbed without getting a chance to be treated. With reports it's evident that we haven't seen end of this pandemic, the State has to use its resources to complete ongoing projects and make them operational at the earliest, before we are again caught in situation of lack of beds and infrastructure."
The bench proceeded to direct the state to file a detailed affidavit with deposed timeline of completion of the hospital, and state, if it's been breached, then for what reason, and the new timeline for its completion.
The bench ordered, "The said timeline should be realistic and once placed before court should be adhered to. Let affidavit be filed within a week."