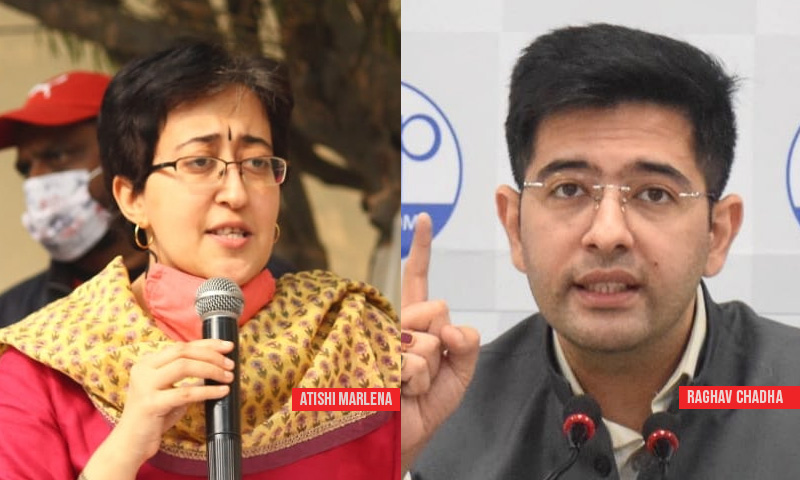 The Delhi Police has informed the Delhi High Court of its reasons for refusing to grant permission to AAP MLAs Raghav Chadha and Atishi Marlena to protest outside the residences of Home Minister Amit Shah and Lt Governor Anil Baijal.

It stated that with prohibitory orders under Section 144 CrPC having been issued for all of Central Delhi where the two residences are located, and political gatherings being prohibited by the state disaster management authority, the DDMA, till Jan 31, the MLAs cannot be issued permission to protest outside their residences, for now.

The police informed the court of the reasons in a counter affidavit to the two AAP leaders' plea challenging the denial of their request, filed before the Single Judge Bench of Justice Prathiba M Singh.

The police has also stated in its affidavit that protests in the national capital can only be held at the two designated locations for holding protests — Jantar Mantar and Ram Lila Maidan. However, citing the DDMA Notification issued in September last year, which now stands extended till Jan 31, the police said, no political gatherings of any number of persons is permitted in the national capital, for now.
The police had informed the court of the same reason on a previous hearing. The prohibition has been issued by DDMA in the backdrop of the prevailing COVID-19 pandemic.
The AAP MLAs had sought to stage 'dharnas' outside the residences of Shah and Baijal on Dec 13, to protest against the alleged misappropriation of funds by the North Delhi Municipal Corporation and were also detained along with some other AAP leaders, for attempting to protest without the requisite permission.
An order dated Nov 28, 2020 of the DDMA had prohibited all social, academic, sports, entertainment, cultural, religious, political functions and other gatherings until Dec 31, in response to the capital's fight against Covid.
Click Here To Download Affidavit
[Read Affidavit]
Click Here To Download Affidavit
[Read Affidavit]