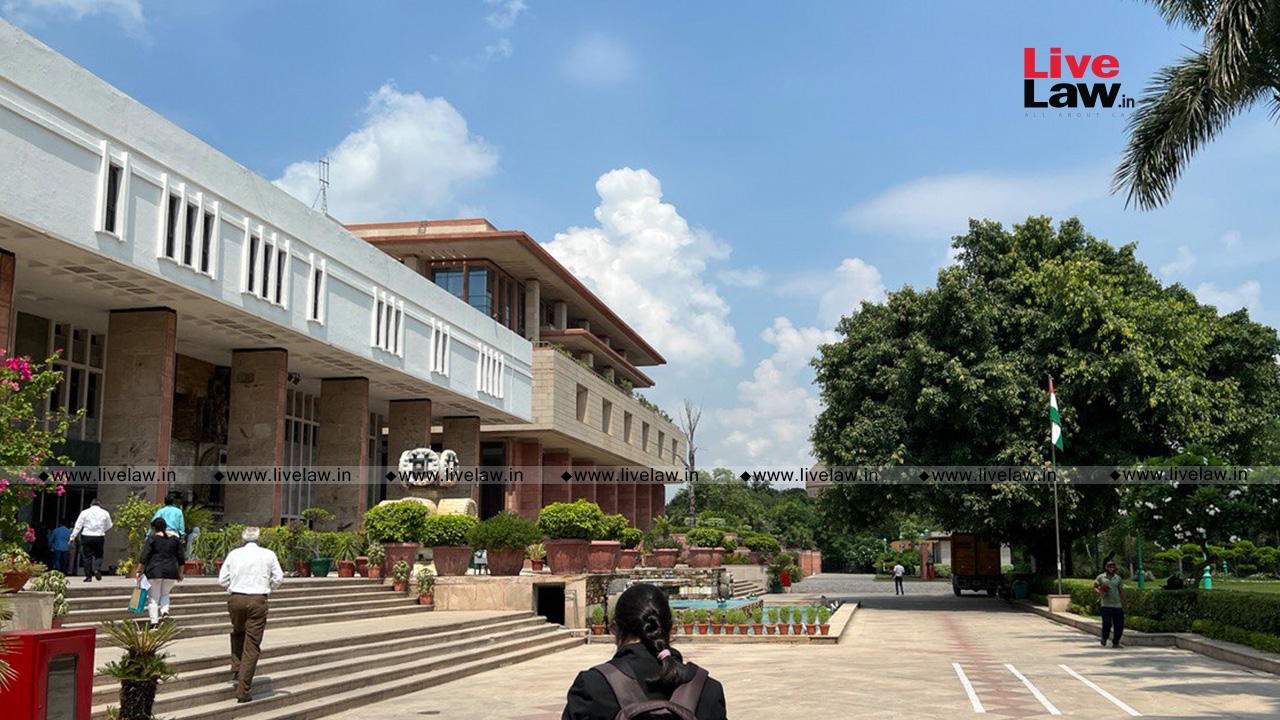 The Delhi High Court has held that the attempt by the CIT to exclude genuine disputants of tax liability from the possibility of settlement under the Direct Tax Vivad Se Vishwas Act (VSV) is extremely hyper-technical.The division bench of Justice Mukta Gupta and Justice Anish Dayal has observed that any proceeding challenging a decision by the department in respect of tax,...

The Delhi High Court has held that the attempt by the CIT to exclude genuine disputants of tax liability from the possibility of settlement under the Direct Tax Vivad Se Vishwas Act (VSV) is extremely hyper-technical.

The division bench of Justice Mukta Gupta and Justice Anish Dayal has observed that any proceeding challenging a decision by the department in respect of tax, interest, penalty, fee, etc. would come within the purview of a "dispute", which would enable a party to approach the department for a resolution under the VSV Act.

The petitioner/assessee is a company incorporated in India in the year 1972 for the manufacture and export of readymade garments etc. On May 1st, 1995, a winding up order for the petitioner was passed by the Court. Prior to the winding up order in 1987, the petitioner was assessed for Income Tax AY 1984-85 at Rs.89,53,788. In 2006, the Income Tax Department moved a Company Application under Rule 9 of the Companies (Court) "Rules, 1959" read with Section 178 of the Income Tax Act, before the Court, praying for directions to attach rent received/receivable for adjustment towards the payment of income tax dues of the petitioner. However, the application was dismissed as not being pressed.

On November 5, 2015, the liquidator requested the respondent-CIT to inform them about the status of the demand outstanding against the petitioner under the Income Tax Act and Wealth Tax Act. On November 27, 2015, ITO informed that the total demand amounted to Rs. 19,06,496 and the wealth tax to Rs. 8,88,652. The Court directed the liquidator to release the amount in favour of the Department and granted liberty to the liquidator to seek a waiver of interest and penalty.

While the CIT accorded a waiver of penalties, as regards the waiver of interest, the petitioner filed an application under Section 220 (2A) before the CIT for the AY 1984-85 and 1985-86 in March 2017. The application for a waiver of interest was rejected by the CIT. The petitioner then filed an application disputing the rejection under Section 220 (2A), on which the Court issued notice. However, the matter was pending adjudication. In the meantime, on March 17th, 2020, the VSV Act was notified by the government to provide for resolution of the disputed tax.

The petitioner chose to apply under the VSV Act, providing details of the amount payable under the VSV Act. On filing of the declarations in prescribed forms in terms of Section 4 (1) of the VSV Act, the designated authority was required to issue a certificate under Section 5 (1) intimating the particulars of tax arrears and the amount payable after such determination. The declarant would be required to withdraw the petition in the concerned court of law and intimate the payment to the designated authority under Section 5 (2) of the VSV Act.

The respondent filed a counter affidavit stating that the application filed by the petitioner against the order of rejection of the waiver application was primarily a petition under the Companies Act and not an "appeal" within the meaning of the VSV Act.

The petitioner contended that interest had been computed under Section 220 (2) of the VSV Act, which could not have been charged contrary to Rule 156 of the Companies Court Rules. There was a dismissal of the waiver application. The appeal came within the purview of "disputed interest" as defined in Section 2 (1) (h) of the VSV Act.

The court held that the definition of "dispute" under the Direct Tax Vivad Se Vishwas Act (VSV) is in the nature of adjudicating proceedings arising out of departmental decisions but not a proceeding pending before the department.

The court refused to accept the contention of the department that the company application filed by the petitioner in the court was not an "appeal" and not within the scope of the VSV Act.