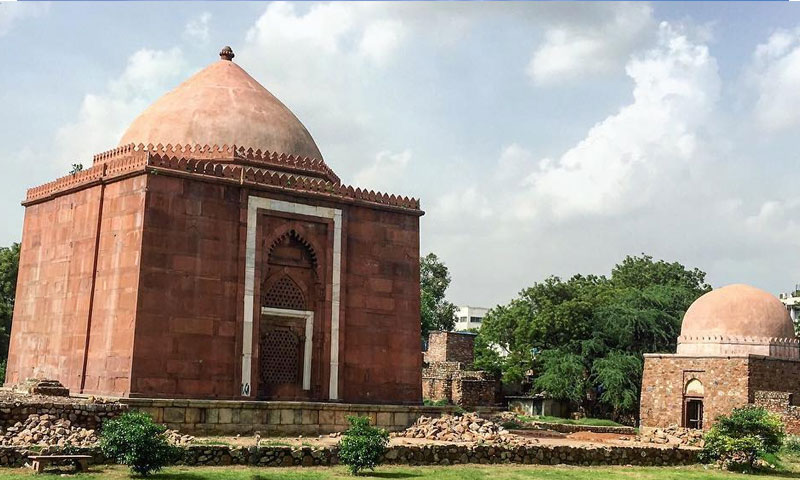 The Delhi High Court today disposed of a PIL seeking preservation of Lal Gumbad, a protected monument in Delhi's Malviya Nagar. It also directed the authority concerned (Archaeological Survey of India) to prevent illegal encroachment in and around the monument, if any, after giving an effective hearing to the alleged encroachers.

The order was passed by a Bench of Chief Justice DN Patel and Justice Jyoti Singh in a PIL filed by one Sudhir Gupta, alleging that this pre-Mughal era monument which was notified as protected back in 1918, is being encroached and several super-structures have come up around it.

Advocate Arjun Mitra appeared for the Petitioner. He stated that some parties are now claiming to be the owners of that land where the monument is situated and as such, he prayed for a writ calling for records pertaining to the notification by which it was declared to be protected and pass an order directing that the alleged encroachments should be removed and monument be continued to be protected.

At the outset, the Bench asked the Petitioner as who has done this encroachment. "Doesn't court have to hear them?" the Chief Justice asked pointing out that they should have been made parties to the petition.

He then proceeded to pass a "general order" as follows:

"Having heard the counsels for the Petitioner and the Respondent No. 1, it appears that the basic grievance ventilated in this petition is about removal of encroachment and protection of monument in Lal Gumbad as it stood in the year 1918. We have heard counsels for both sides at length.

It appears that without joining owners/ occupiers of so called super-structures, this Petitioner has approached this Court. This court is not inclined to demolish any particular structure in the absence of the relevant parties.

Looking at the averments made in petition and the facts and circumstances of the case, we direct the authority to treat this petition as a representation and remove the illegal encroachments, if any. The concerned Respondent authority, before removal of encroachment, shall give an effective opportunity of being heard to owners of super structures which in opinion of the Petitioner are required to be removed. Thereafter, the Respondent shall decide the legality of the structure and pass an order accordingly.

Constructions, which are illegal as per decision of the Respondent, shall be removed as per law. This exercise will be completed as early as possible."