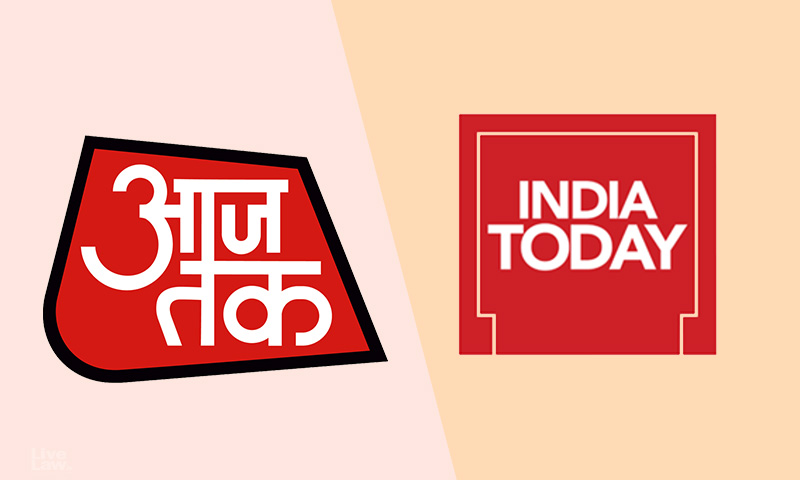 The Delhi High Court on Wednesday (18th November) directed Sameet Thakkar to take down the Tweets allegedly posted against TV Today Network, its Management & employees from his Twitter account within 48 hours.

The Bench of Justice Mukta Gupta was hearing the suit filed by Plaintiff, T.V. Today Network Limited against Sameet Thakkar, who allegedly posted tweets, using derogatory and defamatory language against the Plaintiff, its management and its employees.

It may be noted that the Plaintiff had given 29 sets of ULRs, which were not removed by defendant No. 1 till date.

The Matter has been listed for further hearing on Thursday (14th January 2021).

The Plaintiff in the matter, T.V. Today Network Limited filed a suit against the Defendant No.1 (Sameet Thakkar), who operates a twitter handle at '@thakkar_sameet' as also Defendant No. 2 - Aadhyaasi Media And Content Services Private Limited.

It was stated in the plaint that the allegations made by Sameet Thakkar are completely baseless and have also now been picked up by other persons who are retweeting the Defendant No.1's tweets.

Hrishikesh Baruah, the Counsel appearing for the Plaintiff had submitted before the Court that both the India Today Group as also Mr. Aroon Purie, Mr. Rahul Kanwal - the anchor and other top management enjoy enormous goodwill and reputation in the industry, and making baseless allegations and using of derogatory and disparaging remarks against them has caused personal injury to their reputation

Lastly, the Court had directed Defendant No.1 (Sameet Thakakr),

Sameet Thakkar is a Nagpur resident and he came to light when he was arrested over alleged offensive social media posts against Maharashtra Chief Minister Uddhav Thackeray and his son, state minister Aaditya Thackeray.

On July 1, 2020, a complaint came to be filed against Thakkar at Nagpur by one Nitin Tiwari, a Shiv Sena functionary for allegedly posting some objectionable tweets against Uddhav Thackeray.

Another complaint came to be filed against the petitioner for allegedly posting some objectionable tweets, with VP Road Police Station, Mumbai by Dharmendra Mishra, who is an Advocate and also a Shiv Sena functionary.

Another complaint was filed at BKC Cyber Cell. FIRs were registered in all the above complaints for offences under provisions of IPC and IT Act.

The petitioner filed writ petitions before the Bombay High Court seeking protection from arrest. He was arrested on October 24, 2020 from Rajkot by the Sitabuldi Police Station, Nagpur.

After securing his transit bail from the Rajkot Court, the police took the petitioner to Nagpur. He was produced before the Nagpur Magistrate Court on October 26.

The Supreme Court on Monday (16th November) refused to entertain an Article 32 petition filed on behalf of Sameet Thakkar for transfer and consolidation of investigation in the FIRs pertaining to his tweets against the Chief Minister of Maharashtra and other Cabinet Ministers.