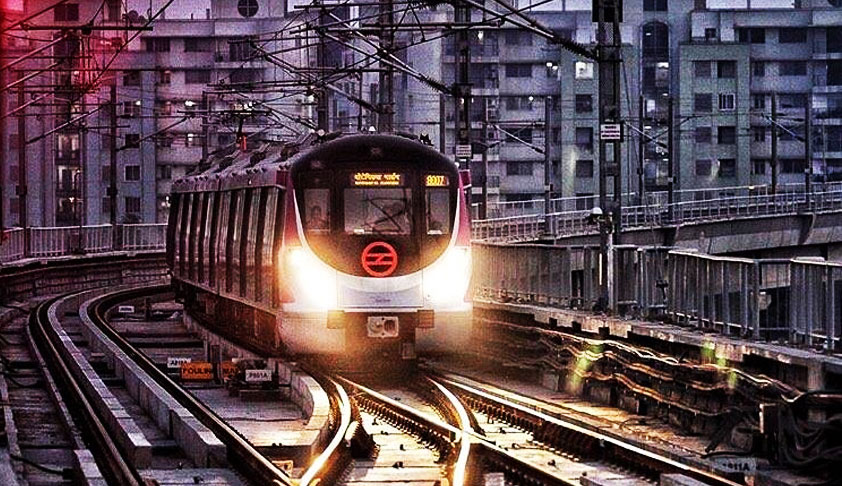 The Delhi High Court on Wednesday directed the Delhi Metro Rail Corporation Limited (DMRC) to furnish details of the amounts lying in its bank accounts on a plea filed by Delhi Airport Metro Express Private Limited (DAMEPL) seeking enforcement of the arbitration award dated May 11, 2017. Justice Suresh Kumar Kait perused the additional affidavit filed on behalf of the judgment debtor,...

The Delhi High Court on Wednesday directed the Delhi Metro Rail Corporation Limited (DMRC) to furnish details of the amounts lying in its bank accounts on a plea filed by Delhi Airport Metro Express Private Limited (DAMEPL) seeking enforcement of the arbitration award dated May 11, 2017.

Justice Suresh Kumar Kait perused the additional affidavit filed on behalf of the judgment debtor, DMRC, pursuant to the order passed earlier this month, wherein it was stated that an amount of Rs. 1642.69 Crores was available in its bank account.

"Accordingly, the DMRC is directed to furnish details of the banks having accounts of DMRC in Delhi or outside Delhi. It will also be mentioned in the affidavit as to how much amount is lying in the bank account," the Court directed.

The Court ordered that the said affidavit should be filed within a period of one week while renotifying the matter for further hearing on January 11, 2022.

During the course of hearing, Solicitor General of India Tushar Mehta appearing for DMRC submitted before the Court that in terms of the previous order, some amount had been transferred to DAMEPL. However, he added:

"It is the case of the award holder that whatever we receive, we have to pay to the banks in discharge of our duties. We suggested, that we take over your debt and we pay to the bank. And the bank may give us instalments etc. that we will have to negotiate with the bank. Maybe bank may also give us some relaxation or such but you will be out of the liability. We have already started our negotiations with the bank."

On this, Advocate Prateek Seksaria appearing for DAMEPL submitted before the Court that a letter was received by the leader of consortium banks saying that they have rejected the said proposal and that they were interested in the decree holder receiving the money. In this backdrop he added:

"This is an execution proceeding with all due respect. This is not a stage at which the judgment debtor say that I will decide or offer the manner on which I will satisfy a decree."

However, on this Justice Kait said that till date no satisfactory explanation or reasoning was given by the DAMEPL on the said aspect.

At this juncture, SGI submitted "If the banks have taken this stand that only he should get and government's proposal is rejected, then we would like to examine it."

The Court was also apprised by Seksaria that the balance amount after payment of Rs. 1000 Crores made by the DMRC as directed by the Court remained Rs. 6232.25 Crores. He argued that there were liquid funds available in DMRC's bank account to the tune of Rs. 5800 crores.

"There is no clog, no bar in law that your lordship sitting in execution of this award can pass an order for recovery of this amount from bank account in my favour. It is no answer for them. Because if they are a company which is a Government company then they will find out and figure out their own sources," he added.

"This is a case where if the bank accounts are attached and metro services come to an end, he will not gain and I'll not gain. This is a very important service. The banks and the government will sit."

The Judgment Debtor, DMRC, had preferred a challenge under sec. 34 of the Arbitration and Conciliation Act, 1996 to the Award which was dismissed by a Single Judge of the High Court vide judgment dated March 6, 2018.

Thereafter, the said judgment was challenged before a division bench under sec. 37 of the Act which was partly allowed and the Award was set aside vide judgement dated January 15, 2019.

DAMEPL, the Decree Holder, had then preferred a Special Leave Petition before the Supreme Court of India against the judgement of 2019 which was allowed in it's favour vide judgement dated September 9, 2021.

Accordingly, since the Award of 2017 could be executed as a decree in terms of sec. 36 of the Act, the present petition was being filed by DAMEPL for execution of the Award passed by the the Arbitral Tribunal for the reason of now being enforceable as a decree.