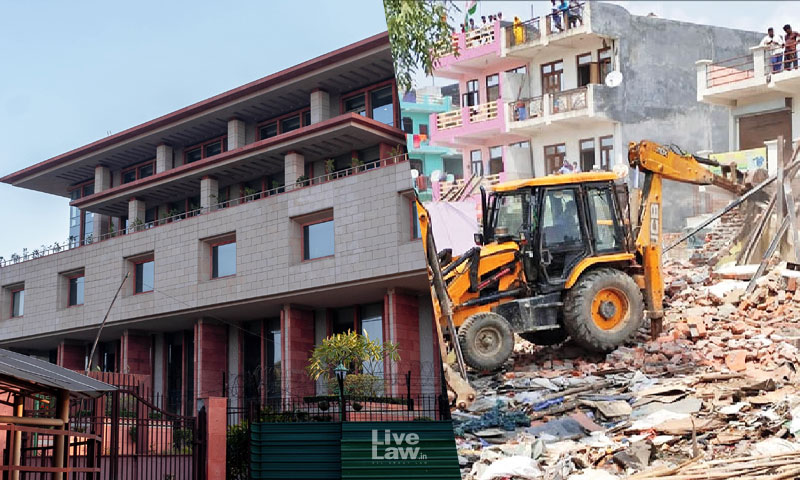 The Delhi High Court has ordered status quo on the Delhi Development Authority's proposal to demolish jhuggi clusters in city's Gyaspur area in Hazrat Nizamuddin. A vacation bench of Justice Neena Bansal Krishna granted the interim relief in a plea moved by the residents.

"Considering the long possession of the parties and their assertions that it is a Jhuggi cluster having more than 32 jhuggis, the respondents are directed to maintain status quo till 11th July, 2022", the bench ordered.

The Court ordered status quo till July 11, the next date of hearing.

"Ten days' delay in demolition won't make a difference. But if it's demolished today and later we come to know they were entitled, who's going to…I will consider it on 11th (July) but they are entitled to some protection in the meanwhile. Status quo be maintained. If they have been there since 1995, heavens won't come down if for 10 more days they are protected," the Judge orally remarked.

The Petitioners state that the T-Huts settlement in the area, which the authority proposes to vacate, has been in existence for almost two decades and comprise of 32 jhuggis/ households.

It is alleged that bulldozers have been parked around the camp and a DDA official has orally asked them to vacate the area, whereas till date, no proper notice has been sent to them nor has DDA conducted any survey of the area.

Moreover, no alternate arrangement for their rehabilitation has been provided by the DDA, resulting in extreme distress among the resident.

While the Petitioners admit that the land in question belongs to DDA, they seek that status-quo to be maintained at the site. It is urged that the residents should not be physically dispose/evicted from the demolition site until the survey is conducted and rehabilitation is provided to the residents as per the DUSIB policy of 2015.

(As per the Delhi Urban Shelter Improvement Board and JJ Rehabilitation and Relocation Policy 2015, residents who can establish their residence prior to 01.01.2015 are eligible for rehabilitation under the 2015 policy.)

Reliance is placed on Supreme Court's decision in Ajay Maken v. Union of India and the High Court's decision in Sudama Singh & Ors. v. Government of Delhi & Anr., where it was held that removal of jhuggis without ensuring relocation would amount of gross violation of Fundamental Rights under Article 21 of the Constitution. It was further held that the agencies conducting demolition ought to conduct survey before undertaking any demolition.

It is submitted that these observations would apply across the board, in the entire NCT of Delhi.