How Will Civilized Society Survive If Religious Structures Come Up In Middle Of Roads?: Delhi High Court Asks Govt To Come Down With "Iron Hand" 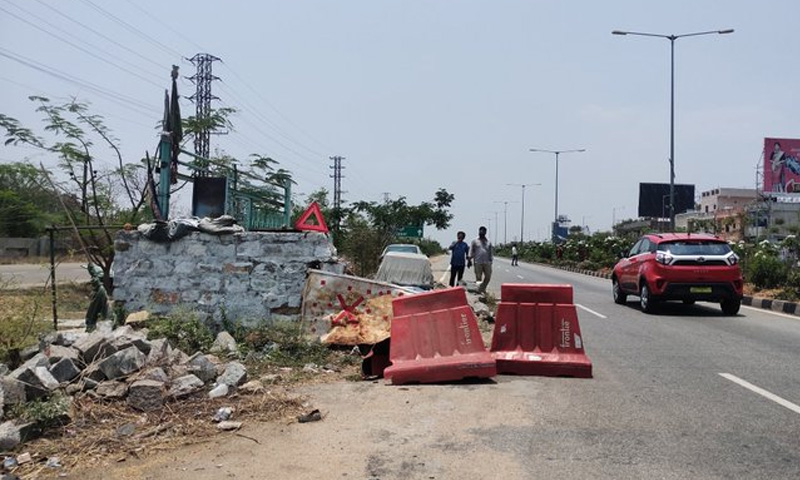 The Delhi High Court on Tuesday expressed grave concern over rampant raising of religious structures, purportedly in the middle of the roads, without due authorization or sanctions. A Division Bench comprising Acting Chief Justice Vipin Sanghi and Justice Navin Chawla told the government:

"How will a civilized society survive like this, if we have things coming up in the middle of the road? You have to send a message, loud and clear, that this will not be tolerated. You must come down with an iron hand against the encroachers."

The Bench was hearing a PIL filed by Advocate SD Windlesh, appearing in person, highlighting the encroachment and religious structures on the middle of roads in city's Bhajanpura area. He argued that such encroachments obstruct traffic and cause hardships to the residents and passer-by.

Gautam Narayan, counsel appearing for the Delhi government o the other hand informed the Bench that the issue of demolishing illegal structures is already pending consideration before the Supreme Court.

While the Bench was of the view that the photographs annexed with the petition reveal a "shocking state of affairs", it granted time to the Respondents to bring relevant documents on record.

"We are at a loss to understand as to how the State can be a mute bystander and allow such illegalities to occur. In our view, State should take a clear, definite and firm stand in such cases and come down with an iron hand to send a message to encroachers that such encroachment would not be tolerated and they will be removed as soon as they are sought to be raised and penal action will also be taken against those who are behind raising such structures."

A status report is also sought on the action taken in view of the grievance raised. However, it has ordered that the names of two MLAs who have been arrayed as Respondents be deleted.

The matter will next be taken up on 16 November.

Also Read: Delhi HC Orders Removal Of Illegally Constructed Temple On Public Land, Placement Of Idols In Nearby Temple To Maintain Their Sanctity