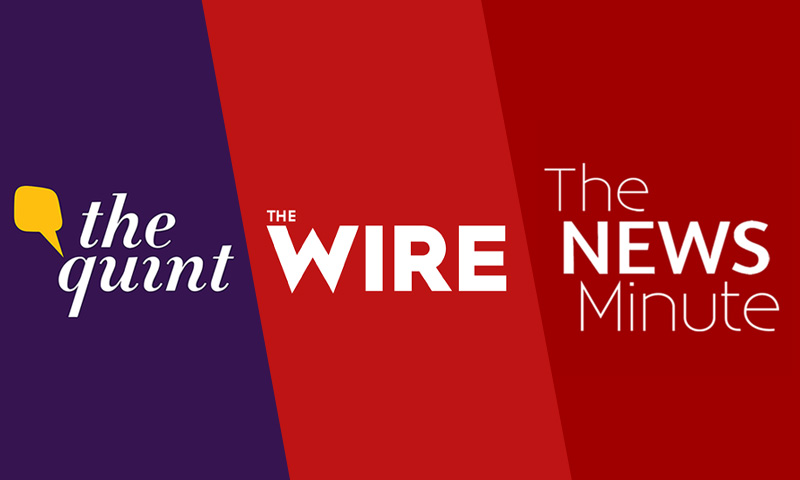 A vacation division bench of the Delhi High Court of Justices C Hari Shankar and Subramonium Prasad said it was prima facie not inclined to grant any interim relief on applications by The Quint and The Wire for action against them for non-compliance with the Information Technology (Guidelines For Intermediaries And Digital Media Ethics Code) Rules, 2021 (IT Rules, 2021). The court said that...

A vacation division bench of the Delhi High Court of Justices C Hari Shankar and Subramonium Prasad said it was prima facie not inclined to grant any interim relief on applications by The Quint and The Wire for action against them for non-compliance with the Information Technology (Guidelines For Intermediaries And Digital Media Ethics Code) Rules, 2021 (IT Rules, 2021).

The court said that as the matter is pending before the regular division bench and no stay was granted there, it would renotify their application for interim relief for hearing by the roster bench.

The bench issued notice on digital fact-checking platform AltNews' challenge to the IT Rules, 2021, accepting their counsel, Sr. Adv. Nitya Ramakrishnan's submission that the plea was on parity with The Quint and The Wire's challenges on which the division roster bench had issued notice already.

The bench, refusing any stay on implementation of the notification regarding the IT Rules, said, "The matter is pending before the regular division bench, no stay was granted. They are only implementing the notification on which there is no stay. There is no question of interim relief."

Earlier, a Justice Anup Jairam Bhambhani had recused himself from hearing the applications and re-notifed the matter for the roster bench.