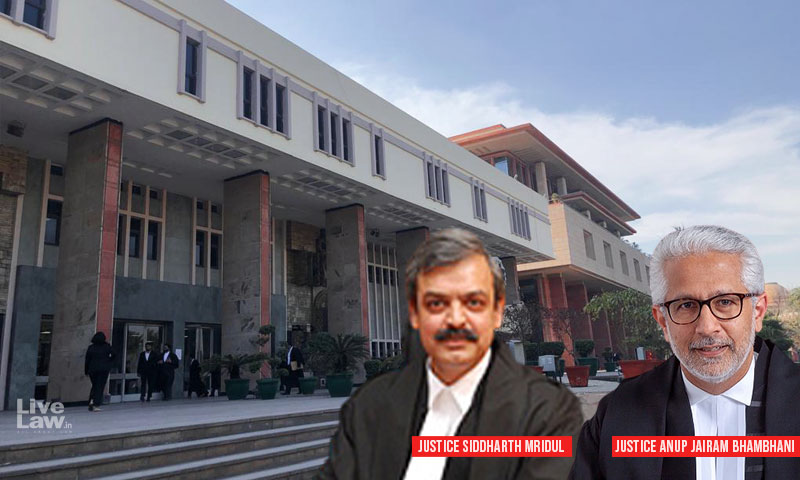 The Delhi High Court on Thursday directed the Secretary of Delhi State Legal Services Authority ('DSLSA') to submit a report within two weeks on implementation and compliance of the 2012 guidelines and directions regarding the juveniles and children in conflict with law who are lodged in adult jails. A coordinate bench of the High Court in the case titled Court On Its Own Motion v. Dept. Of...

The Delhi High Court on Thursday directed the Secretary of Delhi State Legal Services Authority ('DSLSA') to submit a report within two weeks on implementation and compliance of the 2012 guidelines and directions regarding the juveniles and children in conflict with law who are lodged in adult jails.

A coordinate bench of the High Court in the case titled Court On Its Own Motion v. Dept. Of Women And Child vide order dated May 11, 2012 had issued a slew of directions to ensure that such juveniles are not remanded and kept in adult jails.

In paragraph 19 of the said judgment, the Court had directed the police authorities to submit a report to the Court in every six months regarding the implementation of the said directions with copies to be given to NCPCR and DSLSA.

Today, a bench comprising of Justice Siddharth Mridul and Justice Anup J Bhambhani was of the view that the said exercise of furnishing of the compliance report was not done. Accordingly, it ordered thus:

"Accordingly, while leaving the authorities to expeditiously streamline the modifications in the Para Legal Volunteers (PLVs) scheme as also in the arrest memo, we direct the secretary DSLSA to furnish to this Court within two weeks a report in terms of para 19 of order dated 11.05.2012."

This comes after the Court had recently had noted that there was an alarming number of about 800 juveniles or children in conflict with law who were detained in adult jails in Tihar in the past five years.

During the course of hearing today, Kanwaljeet Arora, member secretary of DSLSA and Anu Grover Baliga, Secretary of Delhi High Court Legal Servcies Committee made submissions in relation to the incarceration of children in conflict with law and juveniles in adult jails in Delhi.

Arora apprised the Court that pursuant to the last hearing, certain modifications were proposed in the scheme of Para Legal Volunteers (revised) issued by NALSA in relation to educational qualifications of PLVs as also the age limit making them eligible for such appointment.

"Though the scheme was approved by cabinet, the LG had also observed that so far as minimum qualifications of para legal volunteers (PLVs) should be raised from 10th standard. I had put up the file before my executive chairperson for doing the same. Initially this criteria was laid down on NALSA scheme given to all state legal services authorities but when I put this for raising the bar from 10th to 10th plus 2 (12th standard), the executive chairperson was kind enough to approve the same and besides that he had suggested that apart from raising minimum qualification, we should raise age of PLVs from 18 to 25 hears for those who are not law students. For those who are law students, it would be 18 years onwards," Arora submitted.

He further informed the Court that certain amendments prepared in the arrest memo were pending approval at the administrative level and are expected to be finalised.

"I have already written a letter to GNCTD for releasing funds so that I can go ahead with deputation of these PLVs in the 50 police stations initially identified having maximum number of missing children but we are yet to get anything from the Delhi Government so far as allocation of budget is concerned. With respect to other thing which was taken up by court regarding changes in arrest memo, I have brought this fact on the notice of the court that I have written to Delhi Police that in case, in the arrest memo itself, two points are added that if the IO brings it to the notice of arrestee that he is entitled to free legal assistance and counsel who has been deputed for that police station , name and telephone number of counsel was given to arrestee and given to the counsel. But we are yet to receive anything from them. I had written a reminder also in December 2021 so I would request court in case any directions are passed to Delhi Police, it will go on a long way in fulfilling the aspect that legal assistance which we are providing to all arrestees are brought to reality," he argued.

Furthermore, Baliga and additional standing counsel Nandita Rao for Delhi Government took the Court through various provisions of CrPC in the context of Article 22 to evolve better safeguards for ensuring that legal information is available to arrestees at the earlier points.

Rao also prayed time from the Court for obtaining instructions with regards to facility or place of safety at Majnu ka Tila as well as the options available to house the inmates currently accommodated whilst the government refurbishes or reconstructs the facility at Majnu ka Tila.

"Although we are conscious that the issue of infrastructure in relation to juvenile/ children home is already pending before a coordinate bench of this Court, we have requested inputs from Ms. Rao on the ongoing aspect only because it is in several ways connected with wrongful detention of children/ juveniles in adult jail," the Court added.

The matter will now be heard on March 9.

The Court had earlier issued slew of directions to the Juvenile Justice Boards as well as the Delhi Government for streamlining the functioning of the juvenile justice delivery system under the Act and Juvenile Justice Rules, 2016.

The Court had also issued directions for streamlining the process of inquiries relating to juveniles in conflict with law and scrupulous compliance by all authorities.