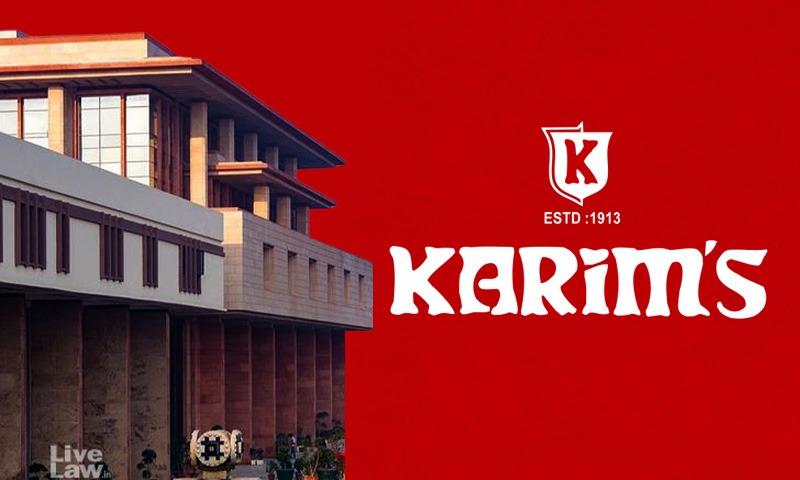 Justice Prathibha M. Singh further directed Dhanani to ensure that in the restaurants run by him or by his franchises, no representation is made to the customers that it is associated with the Karim's at Jama Masjid.

"At least two public notices shall be issued in prominent newspapers having circulation in Maharashtra and in North India, that the Defendant's restaurant KAREEM'S is not associated with the Plaintiff's - KARIM HOTEL PVT LTD or KARIM/KARIM'S/KAREEM Restaurant from Jama Masjid or Delhi. The said notices shall be published by the next date. All the advertisements and promotional materials, menu cards, etc. including all promotions on social media and online platforms, shall carry a prominent disclaimer to the following effect: "No connection with KARIM'S Jama Masjid/Delhi"."

The development comes in a trademark infringement suit filed by Delhi-based Karim's stated to be running since 1913. Dhanani himself is running 41 restaurants, including 3 international outlets at Dubai, Abu Dhabi and Canada. He admittedly adopted the trade name "Kareem's" in 2003.

Thus, the Court noted that Dhanani adopted the impugned mark almost 90 years after the Plaintiff's adoption.

"Considering the fact that the Plaintiff is the prior user, adopter and owner of the marks "KARIM/KARIM'S/KARIMS", the continued use of the said mark by the Defendant would result in passing off and deception. However, the Defendant having opened 41 restaurants already as per the listset out above, this Court is of the opinion that a balance would have to be struck so as to ensure that neither party is prejudiced irreparably. Owing to the long adoption of the Plaintiff's marks "KARIM/KARIM'S/KARIMS" and the goodwill and reputation which the Plaintiff's restaurants enjoy, not only in India but internationally," the Court said

The following order was passed in the aforesaid suit:

"The plaintiff has filed a proceeding before the Intellectual Property Appellate Board (for short 'IPAB') for cancellation of the defendant's mark. Present suit is being repeatedly adjourned since 17th February, 2016 to await the outcome of the IPAB. This Court is of the opinion that no fruitful purpose would be served by repeatedly adjourning the present suit as not only the proceedings before the IPAB are bound to take time, but any order passed by the IPAB may be challenged by either of the parties. Consequently, the present suit and pending applications are disposed of with liberty to the plaintiffs to file an appropriate proceeding after the IPAB has disposed of the proceeding for Cancellation of the defendant's mark and the said order has attained finality. The rights and contentions of all parties are left open."

In the present suit, the plaintiff submitted that the Defendant now has large number of franchisees in various cities. There is enormous confusion being caused between the Plaintiff's and the Defendant's restaurants. The mark of the Plaintiff is also being diluted. Further the Court was informed that the cancellation petition which was filed before the IPAB is still pending and no proceedings have taken place.

Considering the aforesaid circumstances, the Court granted interim relief to the Plaintiff and directed the Respondent to place on record his written statement/reply by 5th July, along with copies of the franchise agreements entered into by him with his various franchisees.

The matter will now be taken up on 8 August. Both parties have been asked to remain present on the said date to explore amicable resolution.