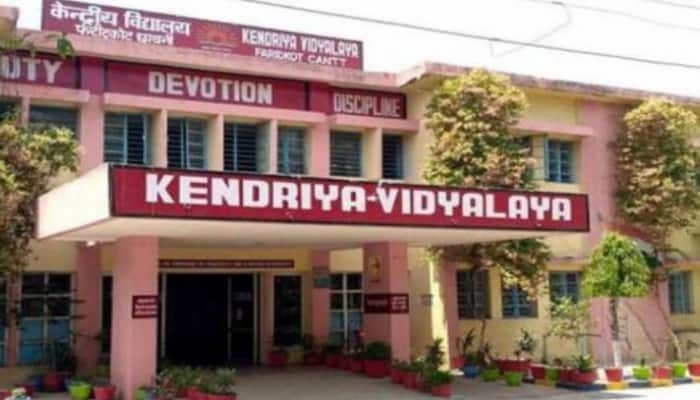 The Delhi High Court on Monday dismissed a bunch of pleas challenging the minimum age criteria of 6 years for admission in class 1 in Kendriya Vidyalayas for the academic year 2022-23.While dismissing the petitions, a single judge bench comprising of Justice Rekha Palli observed thus:"No doubt, the policy which was formulated in 2020 is yet to be implemented across schools in Delhi, despite...

The Delhi High Court on Monday dismissed a bunch of pleas challenging the minimum age criteria of 6 years for admission in class 1 in Kendriya Vidyalayas for the academic year 2022-23.

"No doubt, the policy which was formulated in 2020 is yet to be implemented across schools in Delhi, despite the same having been already implemented in 21 states but once the statute i.e., the RTE Act, 2009 in itself places the KVS in a separate category coupled with the fact that all branches of KVS across the country, being run by the same management are obliged to follow the uniform criteria, the anxiousness of the KVS to introduce the age criteria of 6 years in accordance with the NEP, 2020 is well understandable."

The Court was of the view that once a conscious and well considered decision had already been taken by the experts that the entry age for admission to Class-I should be 6 years, the Court cannot and should not interfere with the said decision of the experts.

"Merely because some inconvenience is being caused to the petitioners who will have to wait for the next academic year to apply for admission to the KVS, cannot be a ground to direct the KVS to make an exception for its schools located in Delhi. Any such direction will have a rippling effect on the age criteria applicable to KVS schools situated all across the country including states wherein the NEP,2020 has been implemented and consequently, the minimum age for admission to Class-I has been fixed as 6 years in all schools in the said states," it added.

Furthermore, the Court said that even if the petitioners' plea that they were taken by surprise was to be accepted, the fact remained that neither they had any vested right to claim admission in KVS nor have they been debarred from seeking admission.

The pleas argued that the impugned criteria of Kendriya Vidyalaya Sangathan (KVS) of minimum 6 years of age for admission in class I was arbitrary, discriminatory, unjust and unreasonable, thereby being violative of Articles 14, 21 and 21-A of the Constitution of India.

One of the pleas filed through Advocates Ashok Agarwal & Kumar Utkarsh argued that the impugned admission criteria of KVS is violative of fundamental and statutory right to education of petitioner as guaranteed to her under Articles 14, 21 and 21-A of the Constitution of India read with the provisions of Delhi School Education Act, 1973 and Right of Children to Free and Compulsory Education Act, 2009.

According to the said plea, KVS had all of a sudden made change in the minimum age criteria for admission in class I from 5 years to 6 years by uploading the impugned guidelines, just 4 days before admission process started.

The plea had accordingly sought directions on Kendriya Vidyalaya Sangathan to reframe the admission criteria in 2022-23 in accordance with law.

Whereas the Kendriya Vidyalaya Sangathan had told the Court that the age criteria for admission in class 1 should be in consonance with the National Education Policy 2020 as it is a settled law that the Executive has the competence to decide how a policy should be shaped or implemented.

It had further told the Court that the prescription of minimum age of 6 years for Class 1 admission did not violate the Right of Children to Free and Compulsory Education Act 2009. Referring to Section 6(1) of the RTE Act, it had said that the legislation recognised the entry age of Class 1 to be 6 years or more.

KVS had also averred that the Petitioner had wrongly chalenged the admission guidelines issued by KVS for the academic session 2022 23 on the ground that the Delhi Education Act, 1973 had been violated because said Act is not applicable Kendriya Vidyalaya Sangathan.

Reliance was placed on the High Court's decision in Neeti Singh Malik v. Union of India wherein it was held that the Sangathan was sponsored by the Ministry of Human Resource Development (Ministry of Education), Central Government of India and that it is autonomous and lays down standards of education to be followed uniformly in all its schools.

The Sangathan had earlier told Court that the last date for submitting the online application for admission to class I for upcoming academic year will be extended from March 21 to April 11, 2022.