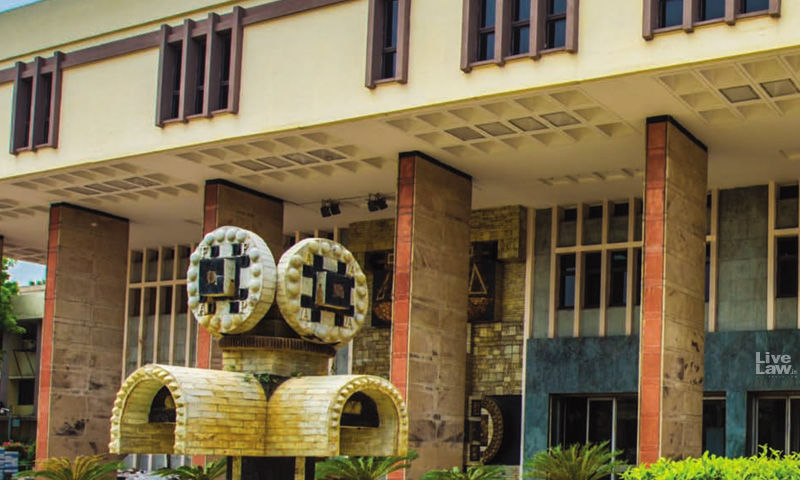 Delhi High Court on Friday issued notice in a plea filed by an NGO seeking for an extension by a period of 6 months for the opening of an FCRA account with State Bank of India.The plea also prays for a direction to set aside for 6 months the restriction on receiving foreign contribution in existing FCRA accounts from 1 April 2021, as mandated by the Ministry of Home Affairs in a...

Delhi High Court on Friday issued notice in a plea filed by an NGO seeking for an extension by a period of 6 months for the opening of an FCRA account with State Bank of India.

The plea also prays for a direction to set aside for 6 months the restriction on receiving foreign contribution in existing FCRA accounts from 1 April 2021, as mandated by the Ministry of Home Affairs in a public notice dated 13 October 2020, as well as direction to process the Petitioner's application to open an FCRA account.

A Bench of Justice Prathiba M. Singh heard the matter and proceeded to issue notice in the same.

The plea, filed by Advocates Abishek Jebaraj and Srishti Agnihotri, submits that the Petitioner-NGO is reliant on foreign contribution to carry out its economic, educational and social activities, including employment of staff, supporting the needs of communities and providing relief during the COVID-19 pandemic.

The Foreign Contribution Regulation Act, 2010, requires the opening of a designated FCRA account, which is an exclusive account in which foreign contribution is to be received. The FCRA Amendment Act of 2020 was then promulgated which amended Section 17 and now requires that a primary FCRA account for any organization in India needs to be exclusively opened with State Bank of India, New Delhi.

The plea submits that SO dated 7th October 2020 was then issued which stated that all FCRA registered organisations had to prefer applications to open their new designated bank account at the SBI Main Branch, New Delhi with copies of all the relevant documents. The deadline for the same was 31 March, 2021, as specified in a public notice dated 13 October, 2020.

It is then averred that despite the Petitioner-NGO submitting an application on 25 March, 2021, the elaborate processes for permission and the various documentation to be submitted, combined with serious delays due to COVID-19, has resulted in the application still remaining pending. Due to this, the Petitioner is unable to receive foreign funding.

"As a consequence, the Petitioner is neither able to receive foreign contribution in its existing non-SBI FCRA account nor open a primary FCRA account with SBI to receive foreign contribution. This is severely restricting its activities, including providing COVID-19 related relief and paying of urgent salaries of staff, as well as affecting its charitable and educational activities, due to administrative delays completely out of its control."

Submitting that despite applying for the opening of a SBI account, the Petitioner-NGO has not received a letter from SBI which is required to apply for the FC6C certificate of approval by Ministry of Home Affairs.

The plea then goes on to contend that this has caused immense hardship for the Petitioner and other similarly situated persons who are seeking to open FCRA Accounts.

"There is significant administrative expense and hardship in opening and maintaining a new bank account in another city for organisations located outside Delhi, such as the Petitioner. There is also severe inconvenience involved in submitting copies of all the necessary papers and personal documents, such as Aadhaar copies and KYCs of signatories and other persons."

Stating the grievance that in spite of having a valid FCRA registration and being in urgent need of foreign contribution during the pandemic, it is unable to receive the same from readily available donors, the Petitioner-NGO has approached the Delhi High Court for directions to the Ministry to extend the last date to open a primary FCRA Account on humanitarian grounds