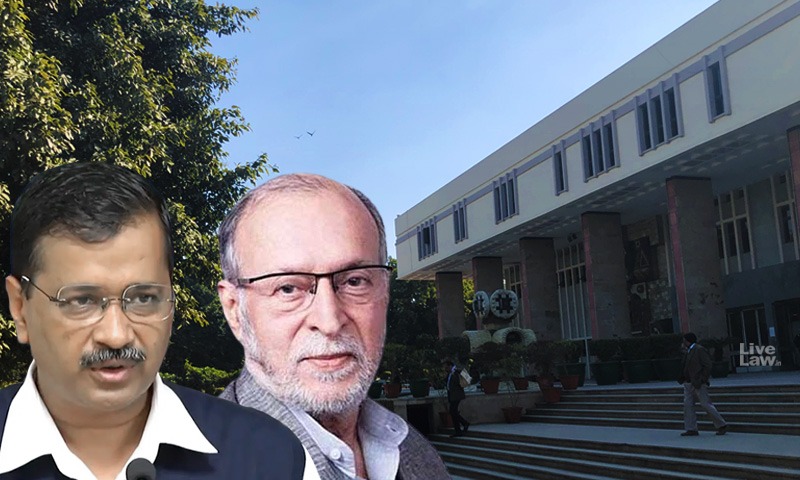 The Delhi High Court today granted further time to the Lieutenant Governor for filing response to a petition filed by Delhi Government against his order appointing a panel of police chosen lawyers as special public prosecutors to argue cases related to Farmers Protest and Delhi Riots.

He stated that in Government (NCT of Delhi) v Union of India, (2020) a division bench of the Supreme Court categorically held that the power to appoint an SPP under S.24(8), CrPC vests with the Delhi Govt. Further, that the LG cannot interfere in each and every decision of the Delhi Government, and that the LG is bound by the aid and advise of the council of ministers of Delhi Government, except in matters of land, police and public order.

Mehra further submitted that in the instant case, the LG had proceeded to appoint Delhi Police's chosen advocates as SPPs to conduct the cases aforementioned. Opposing this setting, he submitted,

"Now there is no difference between police and prosecution. If investigating agency is allowed to enter the domain of prosecution, what is the fairness of trial? The Police obviously wants people be tried and punished. But the prosecutor is an officer of the Court. He is not thirsty of...He has to act in all fairness and ensure justice."

The matter was being heard by Division Bench of Chief Justice DN Patel and Justice Jyoti Singh.

Singhvi further pointed out that about 10 weeks have passed since notice was issued in the matter on August 27. However, no response has been filed by the Respondent authority. He therefore urged that the right to file pleadings may be closed.

The matter is now adjourned to January 28. Meanwhile, the Respondents have been asked to file counter affidavit.

The Delhi Govt had rejected the Delhi Police's recommendations and had appointed a panel of its own choice. Later, the LG invoked his special powers under proviso to Article 239-AA(4) of the Constitution and appointed Delhi Police's chosen advocates as SPPs to conduct the said cases, pending a decision from the President.

In its pela, the Delhi Government has argued that 'appointment of SPPs' is a routine matter and not an exceptional matter for which reference to the President can be made.

It is also alleged that the LG has been routinely interfering in the appointment of SPPs and undermining the elected government, which also goes against the grain of Article 239-AA.

Even otherwise, the plea states, appointment of SPPs by the investigating agency, i.e., Delhi Police impinges on the independence of SPPs and violates the constitutional guarantee of a fair trial.