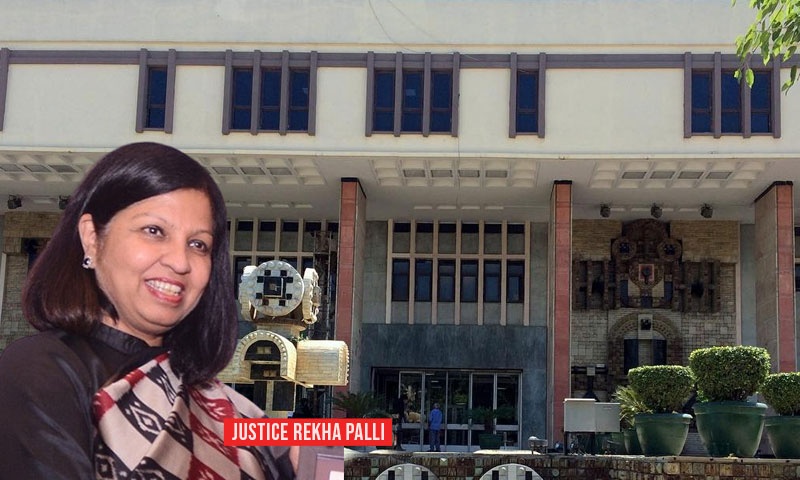 The Delhi High Court has issued notice on a plea filed by two businessmen acquitted in a forgery case, invoking their right to be forgotten and seeking removal of the concerned judgment and news articles from internet.The petitioners were aggrieved by the continued availability of online articles regarding their past arrest and trial despite their having been acquitted from...

The Delhi High Court has issued notice on a plea filed by two businessmen acquitted in a forgery case, invoking their right to be forgotten and seeking removal of the concerned judgment and news articles from internet.

The petitioners were aggrieved by the continued availability of online articles regarding their past arrest and trial despite their having been acquitted from the charges.

Justice Rekha Palli sought response from Centre through Ministry of Communication & IT, Google and Times of India while posting the matter for further hearing on October 28.

Filed by businessmen Jaideep Mirchandani and Siraj Amani through Advocates Aman Vaccher and Ashutosh Dubey, the plea states that the availability of the said articles on online platforms/websites and access from various search engines is adversely impacting their employment, career prospects, as well as their personal and social life.

"The petitioners have "Right to be forgotten" or "Right to Delink" in the context of the aforesaid facts and circumstances of the case. The petitioners have a right to ask the respondents 2 to 4 to remove all the links related to him on its search index, which is irrelevant and obsolete and jeopardize petitioners' prospective employment/ business opportunities and make them suffer difficulties in life for no fault of their own," the plea reads.

The plea further avers that the presence of the said judgment and news items on internet gives an impression that they were involved with "tabooed Smuggling/ Illegal activities."

It has also been stated that the petitioners were not involved in India or abroad in any illegal activities, however due to the presence of articles and orders available on the websites, their clients and the Government agencies with whom they have business or professional dealings avoid them under the perception that they have a criminal background.

Reliance was also placed on the recent decision of the High Court granting interim protection to an American Citizen of Indian origin by directing Indian Kanoon to block the judgement of his acquittal under NDPS Act from being accessed by using search engines such as Google/Yahoo etc.

In view of this, the plea reads:

"The petitioners have right of development of their life in an autonomous way, without being perpetually or periodically stigmatized as a consequence of incorrect and half-hearted information available on respondents' portal."

"Because data subject may oppose the indexing by a search engine of personal data relating to him where their dissemination through the search engine is prejudicial to him and his fundamental rights to the protection of those data and to privacy which encompass the 'right to be forgotten' override the legitimate interests of the operator of the search engine and the general interest in freedom of information."

Justice Palli also recently issued notice on a plea filed by Ashutosh Kaushik, winner of Roadies 5.0 and Bigg Boss (2008), seeking directions to remove all the posts, videos, articles, etc. from the internet, allegedly sensationalizing his past life at the strength of a 2009 drunken driving case and altercation at a Mumbai cafe in 2013.

In a related development, the Madras High Court refused to redact the name of a person from court records, who was acquitted of all criminal charges levelled against him, while stating that there is now law in India that contemplates such a request. It stated that the "right to be forgotten" cannot exist in the sphere of administration of justice. The only exception, it observed, is in cases of victims of rape and other sexual offences where the Supreme Court itself has directed that the identity of victims cannot be disclosed.