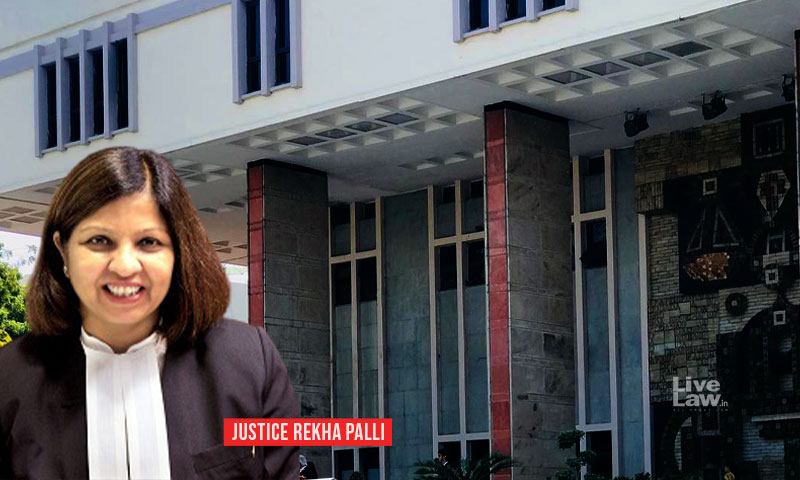 The Delhi High Court on Thursday held that imposition of the condition mandating the presence of both spouses for the purpose of processing an OCI (Overseas Citizen of India) card application in the absence of any statutory rule or guideline to this effect, is untenable. The Court was adjudicating upon a plea by an Iranian citizen who was aggrieved by the imposition of such a...

The Delhi High Court on Thursday held that imposition of the condition mandating the presence of both spouses for the purpose of processing an OCI (Overseas Citizen of India) card application in the absence of any statutory rule or guideline to this effect, is untenable. The Court was adjudicating upon a plea by an Iranian citizen who was aggrieved by the imposition of such a condition necessitating the presence of her estranged husband in order to process her OCI card application.

""Even upon being queried, the respondent is unable to point out the basis on which such a condition has come to be formulated by it. Thus, the very imposition of such a requirement on OCI card applicants, being unsupported by any Rule/Formal Guideline, cannot be permitted to operate."

In the instant case the petitioner's marriage had taken place in Dubai on May 13, 2009 to an Indian citizen after he had converted to Islam. The marriage certificate issued to the couple had been translated by an Authorised Translator and consequently certified by the Consulate General of India at Dubai, UAE. However, owing to existing conflicts between the petitioner and her husband, she had initially returned to Iran and thereafter relocated to Bengaluru at her husband's insistence.

Eventually, the petitioner began to pursue a postgraduate degree in Biotechnology in Bengaluru and her Doctorate from Mysore University in order to contribute to the family income. In the meantime, due to further escalation of conflict the petitioner's husband left her in Bengaluru, to reside with his family in Goa. Consequently, the petitioner instituted a maintenance petition under Section 125 of the Criminal Procedure Code, 1973 (CrPC) against her estranged spouse, before the learned Family Court in Bengaluru and was awarded a monthly maintenance amount of Rs.15,000. This order was unsuccessfully appealed against before the High Court of Karnataka.

On December 4, 2020 the petitioner had approached the local Foreigners Regional Registration Officer (FRRO) in Bengaluru to submit an application for an OCI card on the basis of her marriage to her husband. However, the concerned officials declined her request on the ground that her husband's presence was necessary to process her application. Aggrieved by such a response, the present writ petition has been filed for the purpose of processing the petitioner's OCI card application.

On the other hand the respondent contended that the application for issuance of an OCI card cannot be completed without the presence of the petitioner's husband. Reliance was placed on a checklist which mandate the presence of both the spouses for the purpose of conducting an interview during the submission of an OCI card application. Paragraph 21.2.5(vi) of Chapter 21 of the Visa Manual (April 2021) was also referred to which stipulates the mandatory presence of both the spouses for the registration of an OCI card in order to curb the practice of foreign nationals entering into a marriage of convenience just to obtain OCI cards.

Pursuant to a perusal of the rival submissions, the Court refused to uphold the submissions of the respondent. Opining on the interpretation of paragraph 21.2.5(vi) of Chapter 21 of the concerned Visa Manual, the Court observed,

"The respondent claims that in all cases where an application for an OCI registration on spouse basis is made, the provision makes it mandatory for the couple to be present at the time of submitting the application. However, on a perusal of the provision in question, I find that it merely makes it requisite for all OCI applicants to be present for a personal interview, either physically or through video conferencing"

The Court further observed that since there exists no rule or guideline that mandates the presence of both the spouses at the time of making an application for an OCI card, the Checklist referred to by the respondent cannot impose such a condition.

Accordingly, the Court ruled that the mandatory presence of the petitioner's spouse is unwarranted and accordingly the respondent authorities were directed to process the petitioner's OCI card application within a period of 6 weeks.