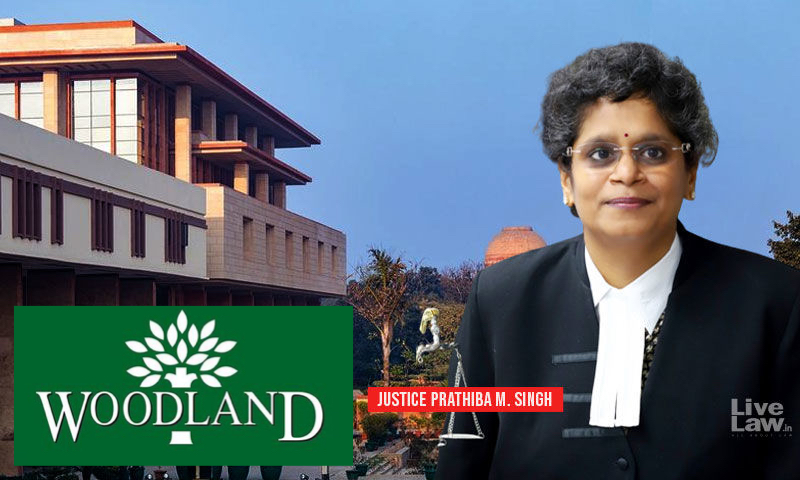 The Delhi High Court has permanently restrained a trader in the national capital from manufacturing or selling counterfeit Woodland products and directed it to pay Aero Club a sum of Rs 5 Lakh within three months.

Woodland's Parent Company Aero Club had approached the high court last year seeking permanent injunction restraining the infringement of its trademark and copyright. Aero Club or Aero Group uses the mark 'Woodland' for a variety of products like shoes, belts and wallets. It had alleged that two Sadar Bazar-based wholesalers of belts and wallets were engaged in the sale of counterfeit products. An ex-parte ad interim injunction was granted in favour of Aero Club on December 21.

One of the traders Gun Gun Belt House last month entered into a settlement with the plaintiff and acknowledged the rights and ownership of Aero Club in the impugned marks. It also paid a sum of Rs 70,000 as damages to Aero Club.

However, defendant no. 1 Bhawna Trading Co. did not enter an appearance in the case and was proceeded against ex-parte. A Local Commissioner in January this year had seized 34 products bearing 'Woodland' mark from its premises.

"The report of the Local Commissioner, in the present case, clearly reveals that the Defendant No.1 was involved in the sale of counterfeit 'WOODLAND' products," said the court in its order dated October 19.

Finding that Bhawna Trading Co. was involved in infringing activities, the court said a permanent injunction is liable to be granted against it.

The court accordingly said the defendant and all others acting for or on its behalf are permanent restrained "from manufacturing, selling, offering for sale any products under the word mark 'WOODLAND', the 'WOODLAND' label, the 'WOODLAND' tree device mark, or any other mark which is deceptively/confusingly similar to the Plaintiff‟s mark 'WOODLAND'."

On the prayer seeking rendition of accounts and damages, the court said, "the Defendant No.1 shall pay a sum of Rs.5 lakhs to the Plaintiff. The said amount shall be paid by the Defendant No.1 within three months, failing which, the Plaintiff is permitted to avail of its remedies, in accordance with law. No other reliefs are pressed."