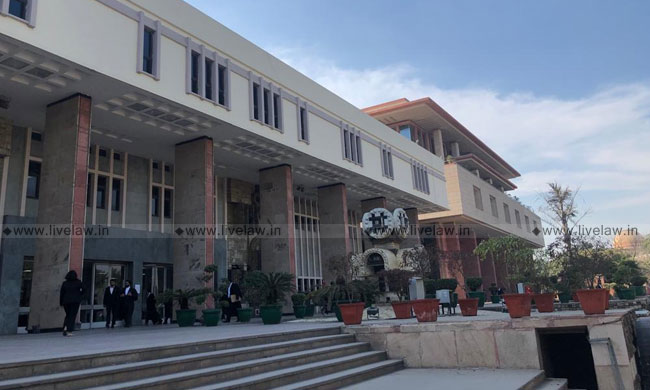 Dealing with a batch of 88 petitions, the Delhi High Court has set aside the imposition of a moratorium issued by the Pharmacy Council of India (PCI) on opening of new pharmacy colleges for a period of five years with effect from the academic year 2020-21. A single judge bench of Justice Prateek Jalan was dealing with the petitions challenging communications dated 17.07.2019 and...

Dealing with a batch of 88 petitions, the Delhi High Court has set aside the imposition of a moratorium issued by the Pharmacy Council of India (PCI) on opening of new pharmacy colleges for a period of five years with effect from the academic year 2020-21.

A single judge bench of Justice Prateek Jalan was dealing with the petitions challenging communications dated 17.07.2019 and 09.09.2019 addressed by the PCI to State Governments and Union Territory Administrations.

Vide impugned letter dated 17.07.2019, the decision of imposition of moratorium was communicated by PCI taken at its meeting held on 09.04.2019. The said letter dated 09.09.2019 conveyed the resolution providing certain exemptions to the aforesaid moratorium.

At the outset, the Court noted that vide the impugned decision dated 17.07.2019, the PCI had placed an embargo on the opening of new pharmacy colleges for running diploma as well as degree courses in pharmacy for a period of five years. It also noted that the resolution of the PCI was thus, directed against the establishment of new pharmacy colleges and that the second impugned communication made the moratorium subject to various exemptions.

The Court relied on a decision delivered by a division bench of the High Court in case titled Krupanidhi Education Trust (Regd.) And Anr. vs. The Secretary, Pharmacy Council of India and Ors. wherein the issue of powers of the PCI to make a policy decision, as opposed to framing Regulations under Section 10 of the Act was considered.

"I am of the view that the aforesaid judgment, inasmuch as it holds that the PCI cannot control increase in the number of seats by way of an executive decision de hors the Education Regulations, would apply a fortiori to the impugned communication, whereby an absolute embargo has been placed upon the establishment of new colleges/courses," the Court said.

It added "A statutory body must trace the source of its power to a statutory provision. It has no general or inherent powers which enable it to exercise plenary jurisdiction."

Furthermore, the Court reiterated that the right to establish an educational institution has been held by the Supreme Court to be a fundamental right under Article 19(1)(g) of the Constitution.

The Court was of the view that the Statement of Objects and Reasons of the Pharmacy Act, 1948 also did not indicate the width of power which the PCI claimed and that it cannot control the meaning of substantive provisions, such as Sections 10 and 18 of the Act, which confer a regulation making power upon the PCI.

"In the case of the preamble to the statute, which uses the word "regulate", the position is similar. The preamble cannot be interpreted to read such a power into the Act, but only to aid in the resolution of any ambiguity in construction," the Court added.

The Court said that Regulatory decisions which have far reaching consequences upon citizens require scientific study and supporting data and that a regulator must have sufficient material to support its decisions and correlate the objective of the decision with the material before it.

"The expectation is not of comprehensive or granular empirical data in every case, but of material which can demonstrate the reasonableness of the assumptions made and the decision taken. While acknowledging that the regulatory bodies are comprised of experts with relevant experience, it is necessary to emphasise that sufficient factual basis of the decision must be available, so that the authority is able to show due application of mind," the Court said.

"The regulator must also show consistency in its approach and analysis of the data. In the present case, for example, the PCI has justified the moratorium inter alia on the ground of vacancy in pharmacy colleges. However, the PCI's communication dated 26.09.2019, contemplates an addition of 2,00,000 pharmacists to the workforce every year. There is prima facie an inconsistency in these considerations, to the extent that it is unclear whether such an addition would occur despite the vacancies in pharmacy colleges. Similarly, despite the grounds used to justify the moratorium, the PCI has, in fact, granted permission for addition of 34,800 seats in exempted institutions in the year 2020-21," it added.