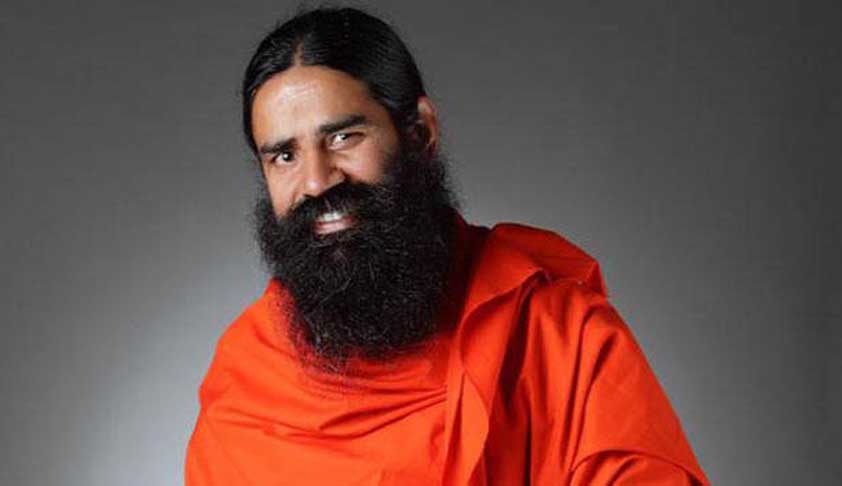 The Delhi High Court on Thursday refused to accept the proposed clarification made by Baba Ramdev and other defendants in a suit filed by several doctors' associations against the Yoga guru for allegedly spreading misinformation about COVID-19 cure through his statements against allopathy and in favour of Patanjali's product Coronil.

Justice Anup J. Bhambhani was of the view that the clarification seemed "more like pat" on his own back.

The Court was hearing the suit moved by various doctors' associations alleging that Baba Ramdev was causing misrepresentation to the public at large by spreading misinformation saying that allopathy was responsible for Covid-19 deaths and prompting people to not get hospitalised.

The defendants last month had informed the Court that they were willing to offer clarifications that would address the issue and that a mutually agreed text of the clarifications would be drawn-up and presented before court.

The Court had then said that if and when accepted, the defendants will have to file an affidavit regarding the clarifications offered, followed by their publication in print, electronic and digital media in order to ensure requisite dissemination of the clarifications to the public at large.

"I really don't know why this is turning out to be a battle on the drug and for some reason, even fair suggestion is not being accepted. It seems like litigation on the other side seems to be motivated sort of litigation. We have tendered apology about what was said about the allopathic doctors. We have retracted, it's been tweeted and published," he added.

Kapur informed the Court that the proposed clarification expressly clarifies that the product coronil, apart from being an immunity booster especially against respiratory tract issues and for all types of fever, is additionally an evidence based supporting measure for management of COVID-19 in terms of the communication dated January 7, 2021 issued by the Government of India.

He further said that the clarification states that the product was launched after strict adherence to the protocols and standards, followed by due compliance of requirements.

It was also stated that a license was granted in respect of the said product after being tested on symptomatic COVID-19 patients who were all successfully cured.

Accordingly, Kapur said that the proposed clarification states that the product is only a supplementary measure for COVID-19 and not a cure.

"This seems to be more like a pat on the back…on the defendants back. This is like a disclaimer, rather than a clarification."

While Kapur said that the defendants were open to modifications in the proposed clarification and insisted on taking the Court through the notification issued by the Ayush Ministry, Justice Bhambhani remarked:

"You gave the public two impressions. One is that allopathic doctors don't have a cure, they are themselves dying of the disease. Two, that coronil itself is a treatment and cure."

"The idea is to be clear in your communication. Words have to express the thought, not conceal it. Look at the way its drafted, the thought, if there is bona fide thought, then it's concealed."

During the course of hearing, Kapur also submitted before the Court that the suit was in fact a motivated litigation, also alleging that the same was being financed by somebody. He argued:

"I don't even know whether these doctors are working anywhere or not, what is the motive behind all this."

"To my mind this litigation is clearly motivated. It's not a genuine concern of these young doctors. There has to be somebody financing this litigation. This is something which has to be kept in mind."

On the other hand, Senior Advocate Akhil Sibal appearing for the plaintiffs called the allegations as 'vague imputations' while adding:

"Please answer the facts, answer the documents. Let us go to merits. They (defendants) will have their turn. They will persuade your lordships if we're wrong. But we can't tie it up in these kinds of prejudicial remarks."

Sibal argued that at present, the Patanjali website contains a tab which, if clicked, claims that coronil product is a treatment to COVID-19.

"This is false. You're telling it's a treatment. I'll show from documents that this is false, it betrays their intent. None of this is certified by any authority in the Country," Sibal argued.

Countering this, Kapur said that the product was licensed after following the requirements of Ayush Ministry, on being tested on Covid patients and approval with scientific standards as approved by the Ayush Ministry as well as the Medical Council.

Sibal, on the other hand, argued that the press release as handed over by the defendants was "factually misleading". "This is a justification which is false. Its not evidence based license, the authority says that we don't accept your evidence and studies. So no authority in this country….the authority says we have not licensed it as a treatment of covid."

After hearing the parties, the Court noted that while there was an attempt to draw up a clarification that would address the issues in the suit, the efforts did not fructify.

Accordingly, the Court renotified the matter for hearing on August 17 after opining that the matter has acquired a sense of emergency in light of the fact that more cases are being reported and any confusion in the mind of public deserves to be addressed at the soonest.

"Mr. Kapur assures the Court that he would make another attempt to come up with an appropriate and acceptable draft clarification, that plaintiffs may consider for acceptance. In order to afford the parties to attempt a mutually acceptable clarification, in the light of ingredients sought to be incorporated in communication sent by the plaintiffs, renotify on August 17," the Court said.

The Court however clarified that if no agreed clarification is brought about by next date between the parties, it will proceed to hear the case on merits.

Furthermore, it was averred that being an influential person, Ramdev's statements can influence the public at large and thereby divert them from opting allopathy treatment which is prescribed as a standard form of care even by the Government.