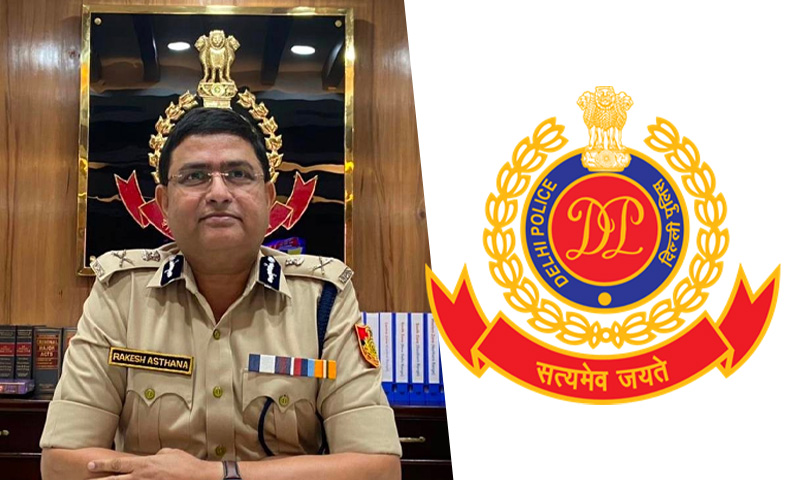 The Delhi High Court has expressed concurrence with the stand taken by Central Government that appointment of IPS Officer Rakesh Asthana as the Delhi Police Commissioner was done with a strategic view to address the "extremely challenging" law and order situation therein, which often has international implications by virtue of it being the national capital."It ought to be kept in mind that...

The Delhi High Court has expressed concurrence with the stand taken by Central Government that appointment of IPS Officer Rakesh Asthana as the Delhi Police Commissioner was done with a strategic view to address the "extremely challenging" law and order situation therein, which often has international implications by virtue of it being the national capital.

"It ought to be kept in mind that Delhi, being the Capital of India, has a unique, special and specific requirement. It has witnessed several untoward incidences and extremely challenging law and order situations/riots/crimes, which have an international implication, which in the wisdom of the Central Government necessitated appointment of an experienced officer possessing diverse and multifarious experience of heading a large Para-Military Security Force apart from other factors," observed the Division Bench of Chief Justice DN Patel and Justice Jyoti Singh while dismissing the pla against Asthana's appointment as the DPC.

The Bench was of the opinion that the Executive, which is responsible for the law and order situation in the National Capital, must have a reasonable discretion to select an officer it finds more suitable, based upon the career graph of such an officer, unless there is anything adverse in the service career of such an officer.

It noted that Asthana is an officer of with an experience of approximately 37 years in different posts, found suitable by the Centre to be appointed as Delhi Police Commissioner on Inter-Cadre deputation from Gujarat Cadre to AGMUT Cadre by extending his service initially for a period of one year, beyond the date of his superannuation.

"Learned counsels appearing for the Petitioner/Intervener have not been able to make out a case calling for interference in the decision of the Government or even remotely demonstrated that there is any blot in the service career of Respondent No.2, making him unsuitable for the post in question. Once this Court finds that the Central Government has the power, jurisdiction and authority to grant relaxation of any of the provisions of the Guidelines issued on 28.06.2018 for Inter-Cadre deputation of All India Services officers and that the power has been exercised for valid and just reasons, we see no reason to interfere in the decision of granting Inter-Cadre deputation to Respondent No. 2."

The Bench made it clear that the Centre is empowered under Rule 3 of Fundamental Rules to relax any Rule framed under the All India Services Act, 1951 and any Regulation made under any such Rule, if it is satisfied that the operation of any Rule/Regulation, causes undue hardship in any particular case.

In the instant case, the hardship expressed by the Centre was that most of the appropriate level officers of AGMUT Cadre were not having the requisite experience for appointment as Delhi Police Commissioner.

"Keeping in mind the complexities and sensitivities in the Capital of the Country and the fact that no officer with appropriate seniority and requisite experience was available in the AGMUT Cadre, the relaxation provision was invoked and extension of service was granted to Respondent No. 2. We find that Rule 3 of Rules, 1960 certainly empowers the Central Government to relax the provisions of Rule 16(1) of Rules, 1958, to give extension of service to Respondent No.2. We also find merit in the reasons furnished by Respondent No. 1 for grant of relaxation and it is not open for this Court, sitting in a judicial review, to substitute its own decision and wisdom for that of the Central Government as it is really the domain and prerogative of the Government to take a decision for grant of relaxation or otherwise, on the basis of its subjective satisfaction premised on objective considerations," the Court thus held.

The Court also upheld Centre's argument that prior to Asthana's appointment, as many as 8 erstwhile Police Commissioners in Delhi have been appointed by the Central Government since 2006 following the same procedure. However, those were not challenged in the past.

In this backdrop, the High Court held,

Read other findings of the Court here.

Asthana's appointment was challenged on multiple counts, including the fact that the appointment was made merely four days before his retirement, in sheer violation of the Prakash Singh & Others v. Union of India case where it was held by the Supreme Court that the Union Public Service Commission (UPSC) should, as far as possible, consider only those officers for such appointments who have two years of service left.

The Centre had, inter alia, claimed that the final operative directions in the case were applicable to State for appointment of DGPs, and not to the Union Territories.