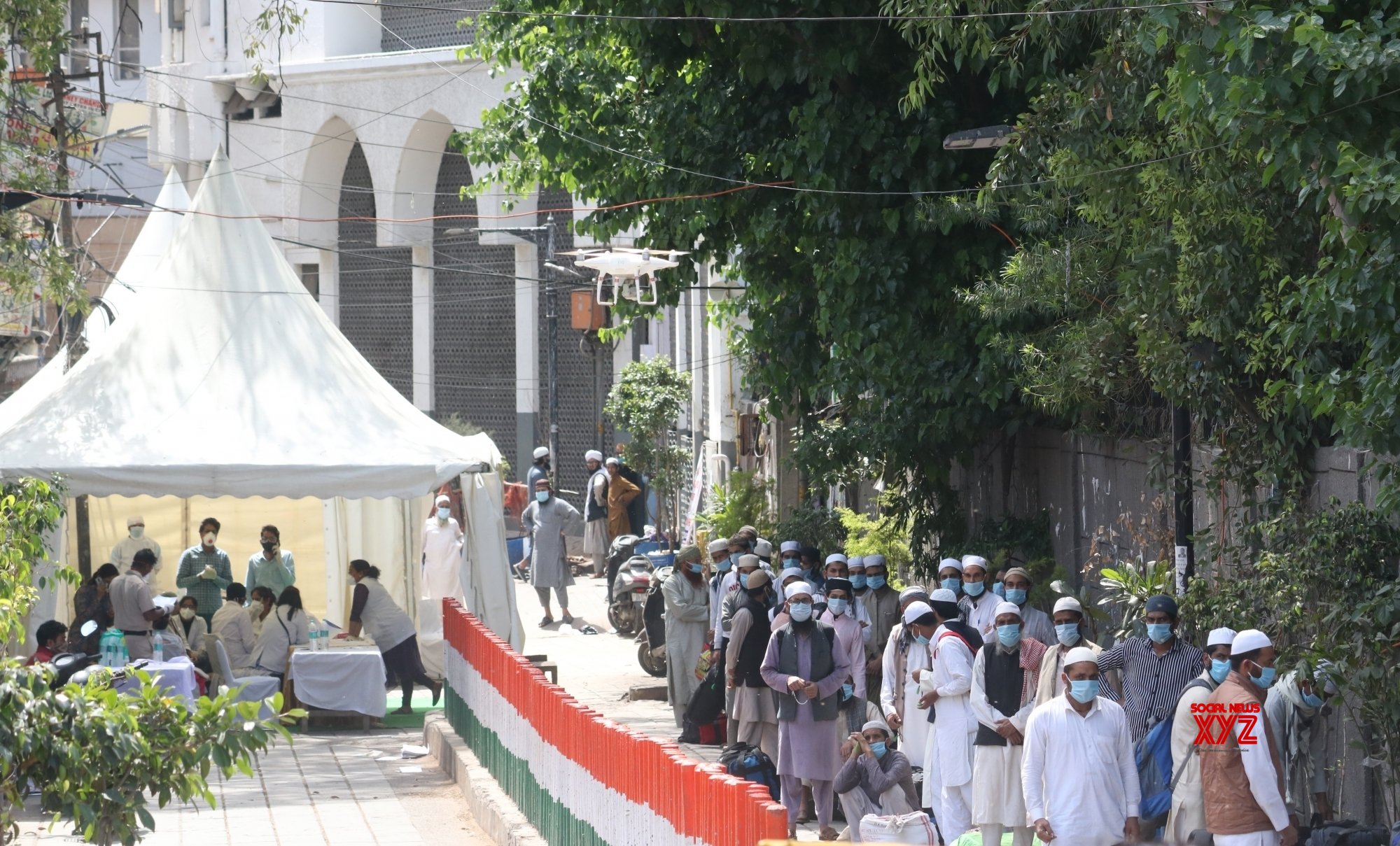 The Central Government on Monday assured the Court that it will consider fairly, if an application is made by the Delhi Waqf Board for reopening of masjid premises in Nizamuddin Markaz for offering of prayers during the festival of Shab e-Barat and Ramazan.Public entry was banned at the Nizamuddin Markaz in the aftermath of Tablighi Jamaat members testing positive for Covid-19 in...

The Central Government on Monday assured the Court that it will consider fairly, if an application is made by the Delhi Waqf Board for reopening of masjid premises in Nizamuddin Markaz for offering of prayers during the festival of Shab e-Barat and Ramazan.

Public entry was banned at the Nizamuddin Markaz in the aftermath of Tablighi Jamaat members testing positive for Covid-19 in 2020.

Justice Manoj Kumar Ohri was dealing with an application in the petition moved by the Delhi Waqf Board seeking to ease restrictions at the Nizamuddin Markaz, which has been locked since March 31, 2020.

Earlier, the Central government had informed the Court that while few people can be permitted to offer prayers during the upcoming occasions in the first floor of Markaz, its entire premises cannot be reopened.

Rajat Nair appearing for the government stated that there was no objection regarding the permission to open first floor of the mosque as per DDMA guidelines which was earlier also designated for offering of namaz. However, regarding the reopening of entire premises, Nair submitted that the same was a final relief which cannot be granted at an interim stage.

This was after the Court had enquired last week as to why the entire masjid premises cannot be opened.

At the outset, Nair submitted,

"My instructions are the same. We have no difficulty if the same orders are passed (of 15 April, 2021) where permission was granted for 50 people to offer namaz five times a day. I have no objections to increasing the numbers as well. But the entire masjd cannot be reopened."

Nair then stated that the premises were closed after some 2,000 foreign nationals were found indulging in tablighi activity, which is a banned activity under the Visa manual.

However, the Bench opined that the incident is not relevant as the permission is being sought by the Waqf Board, not foreign nationals.

Nair then pointed out that some people in the management committee of the Markaz were also named as accused and FIR is pending against them.

At this juncture, Senior Advocate Rebecca John appearing for the Managing Committee submitted that no charge sheet has been filed against the members till date and there is not a single case which has been proved.

"Under what provision did they take the keys away? There is no seizure memo either. We have been simply ousted from the premises," John submitted.

She added that they are willing to abide by any condition with respect to Covid-19 protocol that may be imposed.

"Every religious institution has been opened. Let there not be discriminatory restriction on Markaz masjid. No foreigners will be coming. We can give an undertaking that only Indian nationals will come."

"The whole place has been videographed. It was jointly inspected. They say it's shut because its a case property. By that logic, the entire Rohini Court should be shut because of the shooting incident. It is astounding that the government is opposing a request like this."

Nair then informed the Court in the order passed by the predecessor bench on April 15, 2021, liberty was granted to the Petitioner to make an application with respect to opening of the other three floors to the SHO concerned. Hence, the petitioners have a remedy.

After hearing the parties, the Court directed the petitioners to approach the authorities concerned, who will take a decision on the issue of reopening the masjid premises immediately.

"Learned counsel refers to a previous order of the court dated April 15, 2021, whereby liberty was given to the Petitioner to approach the SHO, Hazart Nizamuddin, with a request to open the other three floors of the Masjid. Mr. Ghosh submits that the application would be made immediately. Mr. Nair assures that the same would be considered in accordance with law, expeditiously."

Case Title: DELHI WAQF BOARD Through its Chairman v. GOVERNMENT OF NCT OF DELHI & ANR