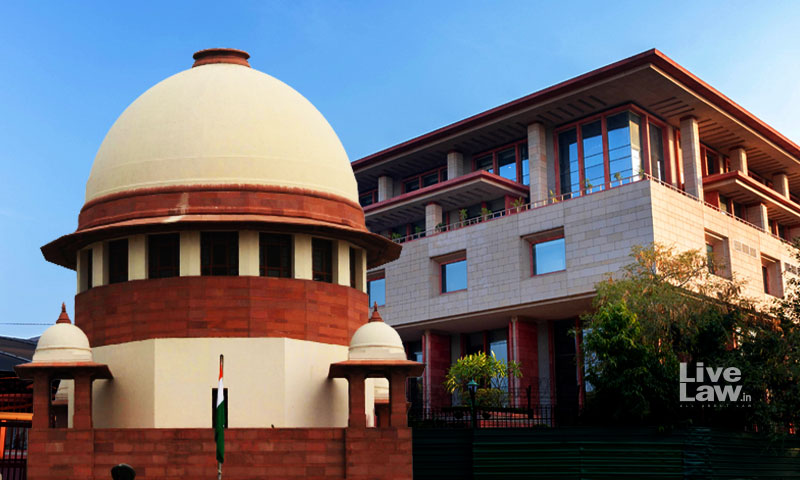 The Delhi High Court on Monday reserved order in a plea challenging an order of Central Information Commission (CIC) denying information sought regarding the decisions taken by the Supreme Court Collegium in a meeting held on December 12, 2018.Justice Yashwant Varma reserved the order today after hearing Advocate Prashant Bhushan appearing for the petitioner, activist Anjali Bhardwaj.Bhardwaj...

The Delhi High Court on Monday reserved order in a plea challenging an order of Central Information Commission (CIC) denying information sought regarding the decisions taken by the Supreme Court Collegium in a meeting held on December 12, 2018.

The Public Information Officer of the Supreme Court denied the information sought by Bhardwaj citing section 8(1) (b), (e), and (J) of the RTI Act.

Thereafter, Bhardwaj moved before the First Appellate Authority under the Act, however, it upheld the decision of the PIO but it held that the reasons given by the CPIO to deny the information were not proper.

Challenging this order, Bhardwaj finally moved an appeal before the CIC wherein it was her contention that even if no resolution had been passed on December 12, 2018, a copy of the meeting's agenda and the decisions taken therein could not have been denied without citing any exemptions.

The CIC in its decision, however, upheld the denial of information by the Appellate Authority stating that the final outcome of the meeting dated December 12, 2018, has been discussed in the subsequent resolution of January 10, 2019.

The plea refers to an interview given by Justice (Retd.) Madan Lokur in January 2019 expressing his disappointment on Collegium resolution of December 2018 not being uploaded on the Supreme Court Website.

"He is quoted as having said, "Once we take certain decisions, they have to be uploaded. I am disappointed that they were not," the plea reads.

The plea therefore avers that the petitioner had asked for "a copy of the agenda" of collegium meeting and not a summary or reference. Therefore, the CIC had erred in holding that agenda was clear from subsequent resolution and therefore need not be provided.

"The finding of the CIC therefore that, "no available information as per Section 2 (f) exist on record which can be disclosed to the Appellant" is erroneous and made in the absence of any specific plea to that effect taken by the Respondent. Even Hon'ble Justice (Retd.) Madan Lokur has confirmed publicly that certain decisions were in fact taken on the said date," the plea states.

The petition further states that the maintenance of records in writing of deliberations or confabulations of constitutional bodies is a matter of high public policy and to say that information sought for does not exist on record within the meaning of Section 2(f) of the RTI Act of 2005 lacks merit.

Accordingly, the plea seeks setting aside of the impugned order dated passed by the Central Information Commission in Second Appeal and also to disclose the available information sought for under RTI application.