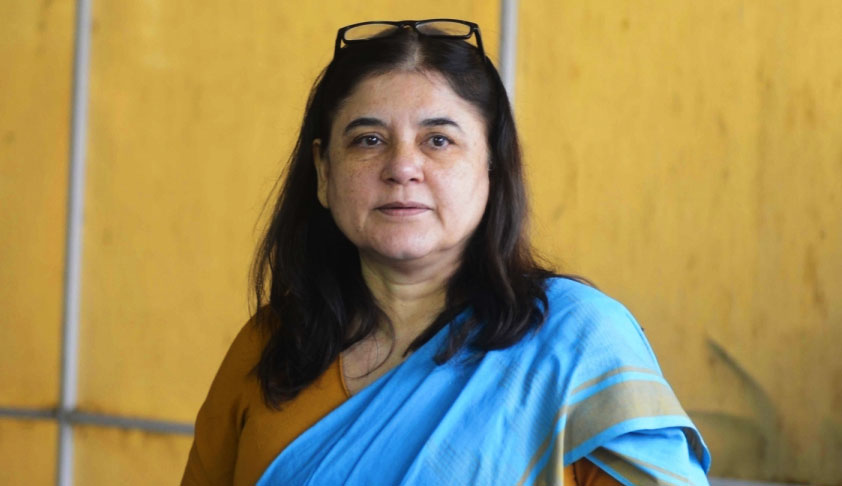 The Delhi High Court on Friday issued notice to the CBI on BJP MP Maneka Gandhi's plea challenging a trial court order rejecting its closure report in a graft case against her and two others and directing further investigation in the matter.Justice Yogesh Khanna also stayed the special court's February 4 order to the extent it directs the agency to place the material it has before the...

The Delhi High Court on Friday issued notice to the CBI on BJP MP Maneka Gandhi's plea challenging a trial court order rejecting its closure report in a graft case against her and two others and directing further investigation in the matter.

Justice Yogesh Khanna also stayed the special court's February 4 order to the extent it directs the agency to place the material it has before the sanctioning authority for her prosecution.

Ms. Gandhi, in her petition, has submitted that she most unfortunately has been targeted by a political opponent who has indulged in making false & frivolous allegations against her when she served as Union Minister of. State (Independent Charge) Social Justice and Empowerment in the year 1998 to 2001. The CBI lodged one FIR on 17.08.2006 U/s 120B r/w 420 IPC, and Sec. 13(2) r/w 13(1)(d) P.c. Act against the petitioner and some other persons and in pursuance thereof conducted an investigation and submitted a final report U/s. 173(2) Cr. P.c. on 30.12.2008 in the nature of a closure.
The then Special Judge CBI at Patiala House Courts while contemplating the said closure report directed for reinvestigation which upon a challenge taken before this High Court, was modified to "further investigation". The CBI again conducted further investigation and submitted a supplementary closure report U/s. 173(8)· Cr. P.c. on 29.05.2015. The CBI came to a categorical conclusion that there was no inculpatory evidence against the petitioner and hence prayed that the Special Judge CBI may close the case.
Vide order dated 04.02.2020, the court of Sh. A.K. Kuhar, Special Judge CBI (MP/MLA Cases), Rouse Avenue District Courts, New Delhi directed the CBI to again conduct further investigation despite further investigation already having been conducted and completed, without indicating any parameters/pointers for such further investigation and further illegally directed the CBI to place the matter before the sanctioning authority for the purpose of grant of sanction against the petitioner.
"Such directions are covenanted in para 34 & 35 of the impugned order, which ex-facie are illegal, perverse and unsustainable as they impinge and transgress into the 'independent zone and domain of the sanctioning authority'", it is urged.
It is advanced that it is trite law as held by the Supreme Court of India in State through cal Vs.Raj Kumar Jain - (.1998) 6 sec 551 - that the Trial Court cannot direct the investigating agency to conduct further investigation and to seek a sanction from the sanctioning authority. In the aforesaid judgment, absolutely similar directions were passed by the Trial Court and the Supreme Court of India quashed and set aside both the orders of the Trial Court as well as of the Hon'ble High Court by observing, "... viewed in that context, the cal was under no obligation to place the materials collected during the investigation before the sanctioning authority when they found that no case was made out against the respondent (public officer)".
It is pointed out that the Supreme Court of India in the landmark and Constitutional Bench judgment in the matter of R.S. Nayak Vs. A.R. Antulay was of the considered opinion that "the sanctioning authority, has to apply its mind independently in its own domain, in its own zone without any influence from the investigating authorities or for that matter from anybody else and fulfill the sacrosanct obligation of perusing the materials so forwarded so as to come to an independent opinion as to whether the sanction for prosecution of the public servant is to be granted or not".
The petition avers that the aforesaid observations were relied upon with complete authority by the Supreme Court again in Cal Vs. Ashok Kumar Aggarwal - (2014) 14 sec 295 - wherein express guidelines were indicated as regards grant of sanction and one of them being, "the authority itself has to do complete and conscious scrutiny of the whole record so produced by the prosecution independently applying its mind and taking into consideration all the relevant facts before grant of sanction while discharging its duty to give or withhold the sanction".
"In view of the aforesaid settled propositions of law, the directions passed by the Ld. Trial Court clearly impede, impinge and transgress into the independent zone and domain of the sanctioning authority and the said directions indisputably interfere and cause undue influence, in the mind and conscience of the sanctioning authority, which authority undeniably would therefore, infer that trial court wants it to grant the sanction in the factual narrative of the case", it is argued.
The petitioner also states that the Supreme Court of India M.e. Abraham & Another Vs. State of Maharashtra & Another - (2003) 2 SCC 649 - observed, "... but what is clear is that the Magistrate cannot direct the investigating agency to submit a report that is in accord with his (Trial Court's) views ...". Besides, similar observations were made by the Apex Court in D. Venketa Subramaniam & Others Vs. M.K. Mohan Krishnamachari & Another - (2009) 10 SCC 488 - wherein it was observed, "that the court i.e. trial court or the High Court cannot interfere with the exclusive domain of the police as regards investigation by virtually directing the investigating authorities to investigate a case from a particular angle ... ".
The petitioner therefore, seeks affirmative interference of the High Court against the impugned order dated 04.02.2020 passed by the Trial Court which not only directs the CBI to conduct further investigation, when the CBI contends that there is nothing left to investigate in the first place, rendering the said further investigation meaningless and an endless exercise. More-so the Trial Court does not provide any pointers / parameters for any such further investigation and most pertinently the trial court illegally without jurisdiction directs the investigating authorities to place the matter before the sanctioning authority for the grant of sanction during the course of such further investigation which order therefore, in the humble and respectful submission of the petitioner is in violation of not only Sec. 19 of the P.e. Act but also contradicts and contravenes the binding propositions of law declared by the Hon'ble Supreme Court of India in the Constitutional Bench judgment of R.S. Nayak Vs. A.R. Antulay and many other judgments passed on this issue.