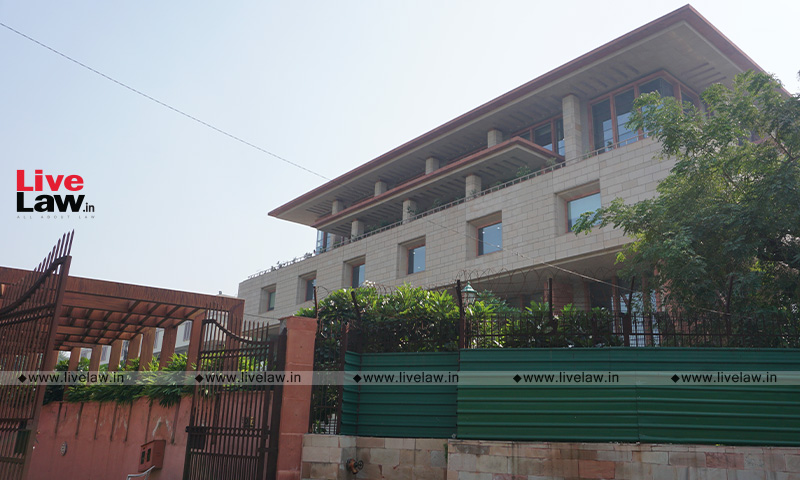 To maintain necessity of industry confidentiality, a single judge bench of Delhi High Court has allowed for the constitution of a confidentiality club comprising of eight lawyers and two experts to inspect third-party agreements and documents to look into alleged infringement of patents in a case pertaining to patented technology relating to radio communication. Among the series of...

To maintain necessity of industry confidentiality, a single judge bench of Delhi High Court has allowed for the constitution of a confidentiality club comprising of eight lawyers and two experts to inspect third-party agreements and documents to look into alleged infringement of patents in a case pertaining to patented technology relating to radio communication.

Among the series of cases filed by Philips against Chinese companies for allegedly infringing their "Standard Essential Patent" (SEP), an interim order was pronounced on Saturday in Philip's suit against Vivo. In the suit, the plaintiff (Philips) alleged that the defendants (Vivo & Ors.) is infringing on five (5) of its SEPs, which are –

(iv) Indian Patent Number: IN 221703: A method of operating a radio communication system; (expired on 8.5.2020 and is being asserted for past infringement),

(v) Indian Patent Number: IN 211041: A radio communication system and a method for operating the same. (expired on 24.12.2019 and is being asserted for past infringement)."

The plaintiff had filed a suit seeking a decree of permanent injunction to restrain the defendants from manufacturing, assembling, importing, selling, offering for sale, advertising including through their and third-party websites, mobile phones including the models mentioned in the plaint and any further or other devices or models inclusive of UMTS enhancements and LTE technologies that result in alleged infringement of the plaintiff's patents. The plaintiff had filed an interim application seeking interrogatories to be submitted and production of certain documents under Order 11 Rules 2 and 14, read with S.151, CPC, from defendants No. 1 and 2.

Senior advocate Chander Lall representing the plaintiff submitted that - not only were the defendants infringing on the plaintiff's SEPs, but they were also refusing to make payment under FRAND terms as they claimed to have obtained their chipsets from Qualcomm and MediaTek. Keeping this in mind, the plaintiffs had applied for production of license agreements between Qualcomm, other companies and Vivo under Order 11 Rule 2 and Rule 14, CPC. It was requested that these documents be allowed and "the question of relevancy need not be considered at this stage".

The counsel for the defendants argued that Courts shouldn't routinely allow applications under Order 11 Rule 2 and Rule 14 without considering whether the documents were necessary to determine the suit. Moreover, since it was the case of the plaintiff that their patents were being infringed, the burden was on them to prove their case. The counsel for the defendants also stated that "the onus should not be shifted by asking questions that infringed on industry confidentiality". Furthermore, the counsel for the defendant also pointed out that the services of the handsets were derived from the chips outsourced from Qualcomm and MediaTek, who have not even been made parties to this suit, if there is a case of infringement, it should be against them.

It was further pointed out that under FRAND obligations, the plaintiff had to make disclosures before demanding a certain license fee from the defendants to establish that its demand was fair, which hadn't been made in the present suit. Thus, keeping in mind that the plaintiffs lack openness and documentation, the interim application under Order 11 Rule 2 and Rule 14 was liable to be dismissed.

The issues before the Court were –

(b) Whether the defendants' mobile devices launched since the date of incorporation of the defendant No.2, support/comply with the following features of ETSI Standards-

(c) Provision of details as to whether the defendants have entered into a licensing arrangement with Qualcomm and other companies, only after the licensors provided evidence of direct infringement/feature by feature demonstration of infringement of each and every patent in their respective portfolio.

(d) Provision of details as to whether defendants' license agreement(s) with Qualcomm and other companies, were executed only after Vivo representatives as well as its appointed external economic expert analyzed ALL third-party license agreements entered into by concerned licensors.

Justice Asha Menon stated that even with CPC amendment, all parties are under an obligation to produce all documents to answer every plea and that the intention of the statutory provisions is to expedite litigation:

"The interrogatories are intended to cut short trial. Time and expenses can be saved by interrogatories being served upon the adversary. While it is trite that one who asserts must prove and that the burden of proof never shifts, however, interrogatories may be served upon the adversary if the document or information in its possession and the production of documents and answers to the interrogatories, would have a bearing on the determination of the dispute. The only precaution to be taken by the court while exercising it's discretion under Order XI Rules 2 & 14 CPC, is to ensure that the applicant is not embarking on a roving/fishing inquiry. So long as the document sought to be produced would throw light on the subject matter of the suit and the answers sought would assist in the fair disposal of the suit, the same ought to be allowed."

Regarding issues (a) and (b), the court observed that, since the defendants were insisting that the patents were incorporated in the chipset whereas the plaintiff were contending that the patents were incorporated in the handset, the production of third party license agreements would definitely throw light on these issues. The learned justice noted that these interrogatories have a direct bearing on the technologies used by the defendants which in turn would have a bearing on the question of infringement as well as FRAND, and thus directed the defendants to answer these interrogatories through an affidavit. The learned justice further observed that the interrogatories no. ( c ) and (d) did not lead anywhere and were thus, disallowed. And keeping in mind the nature of the technology involved in the matter, the court ordered that once the affidavit is filed, the plaintiff may furnish the name of two experts and eight lawyers who would be authorized to inspect the said third-party agreements.

The application was thus disposed of.

However, it is important to note that the confidentiality club mentioned in this Order, is contrary to Delhi High Court's Notification dated 16.10.2018, where under Annexure F, Chapter VII Rule 17, Protocol of Confidentiality Club, under sub-clause 'b', clearly states that "each party shall nominate not more than three Advocates".