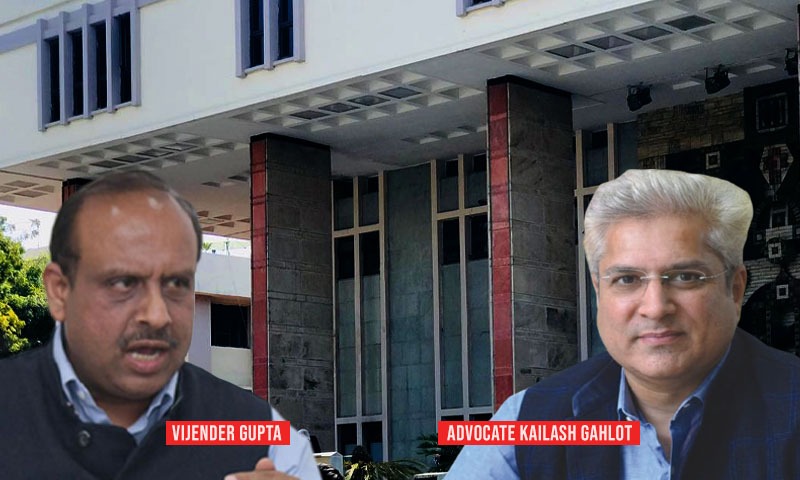 The Delhi High Court on Wednesday stayed a trial court order by which summons was issued to BJP MLA Vijender Gupta in a criminal defamation case filed by Delhi Cabinet Minister Kailash Gahlot for allegedly making defamatory remarks about him over procurement of 1,000 low-floor buses.

While posting the matter for further hearing on March 4, 2022, the Court ordered thus:

"In the meantime, the order shall remain stayed."

ACMM Ravindra Kumar Pandey of the Rouse Avenue Court vide order dated October 11, 2021 issued the summoning order against Gupta observing that he had prima-facie committed the offences punishable under sec. 499, 500 and 501 of the Indian Penal Code, 1860.

Challenging the said order, Gupta in the petition has stated that his tweets or posts were based on his own personal opinion and true facts in his knowledge, which were published and expressed in good faith.

"The Summoning Order was issued in consequence to the act of suppression and concealment of material facts by the Respondent No. 2/Complainant -which are pertinent; and disclosure of the same will reduce the instant Complaint to a nugatory," the plea adds.

In a similar development, a division bench of the High Court had recently refused to interfere with the single judge order which had declined to grant ex-parte injunction in a civil defamation suit filed by Gahlot against Gupta for allegedly making defamatory remarks about him.

The judge was of the view that prima facie no personal allegation was specifically made against Gahlot to the extent of saying that the entire transaction appeared to be a scam.

It was the case of Gahlot that Gupta had, without any justifiable cause or reason, defamed him since March this year by posting scandalous and libelous material in the form of tweets, Facebook posts and press releases.

Gupta had alleged that Gahlot had committed corruption in awarding the tender for maintenance of DTC buses to Tata Motors and JBM Auto Ltd and was aware of the entire terms and conditions of the tender, however, he chose to object to the said tender only after it was awarded.

A civil suit for defamation was then filed by Gahlot seeking damages of Rs. 5 crores for defaming him and causing loss to his reputation. Apart from this, mandatory injunction was also sought to immediately delete all the defamatory posts made against him on Twitter and Facebook.