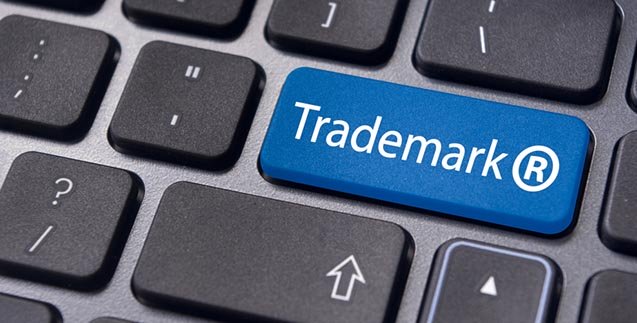 The Delhi High Court recently granted injunction in favour of Make My Trip while observing that use of its registered mark by competitors even as metatags is an infringement under Trademarks Act and that third party bidding on trademarks as sponsored keywords for use by internet search engines can constitute misrepresentation. The observation was given by Justice Prathiba M....

The Delhi High Court recently granted injunction in favour of Make My Trip while observing that use of its registered mark by competitors even as metatags is an infringement under Trademarks Act and that third party bidding on trademarks as sponsored keywords for use by internet search engines can constitute misrepresentation.

The observation was given by Justice Prathiba M. Singh,

The Court noted that the balance of convenience lies in the favour of the Plaintiff and if the injunction is not granted, Defendant and other competitors would continue to bid for its mark `MakeMyTrip' on a daily basis, resulting in severe prejudice to the Plaintiff, its mark, its brand equity and its business.

Thus, it restrained the Defendants from using the mark 'MakeMyTrip' together/ in conjunction, with or without spaces for the purpose of using it as a keyword on the Google Ads Program till the next date of hearing.

"However, this shall not prevent the Defendants from using words 'make', 'my', 'trip' not conjunctively on a standalone basis in a descriptive or generic sense on the Google Ads Program," the Court clarified.

The Court also clarified that the said interim injunction will stay limited to the territory of India.

The Plaintiff - MakeMyTrip (India) Pvt. Ltd. had filed the suit for permanent injunction seeking protection of its registered trademarks 'MakeMyTrip' and its variants. It was the case of the Plaintiff that their marks are being used by Booking.com B.V. as keywords on the Google Ads Program for promoting their services as advertisements when search results are displayed on the Google search engine.

The case of the Plaintiff was that when a search is carried out for 'MakeMyTrip' in the Google search bar, quite often the first advertisement which is displayed in the search results in the advertisement category is that of Defendant No.1- Booking.com, who is one of the major competitors of the Plaintiff. The Plaintiff has placed on record the screenshots of the search results, as well as auction insight of its own account on Google Ads Program to show that Defendant No.1- Booking.com has made bids for the keyword 'makemytrip' on the Google Ads Program in order to ensure that its website is shown as one of top three search results in the advertisement category when someone searches for 'MakeMyTrip' on Google. According to the Plaintiff, such use of its registered mark would constitute infringement, especially when done by its competitor such as booking.com.

Aggrieved by the same the plaintiff had moved Delhi High Court.

"As per the Plaintiff, Defendant No.1 again stopped committing the infringing activity. However, as of 2022, Defendant No.1 refused to comply with the requisitions of the Plaintiff and in fact, took a position that in view of the judgment of the European Commission in Case AT.40428-GUESS dated 17th December, 2018 (hereinafter "Guess judgment"), that there cannot be any restriction on the use of a trademark on the Google Ads Program as a keyword, including by competitors."

Sibal argued that the use of the Plaintiff's mark would constitute infringement under Sections 29(6)(d), 29(7), 29(8) and 29(9) of the Trade Marks Act, 1999 (hereinafter "Act"). Defendant No.1 is using the complete identity of the mark of the Plaintiff as a keyword, and therefore it ought to be restrained.

Senior Counsel Chander Lall appearing for Defendant no 1 argued that there has been concealment and suppression of material facts by the Plaintiff- MakeMyTrip. He relied upon a Strategic Partnership Agreement dated 27th May, 2016 entered into between the two parties wherein, under clause 4.4.1.2, Defendant No.1 - Booking.com permitted the Plaintiff to conduct, undertake, use, and perform paid searches or Search Engine Marketing (SEM) activities using the mark 'booking.com'.

He submitted that such a license though issued earlier, was not required after the Guess judgment of the European Commission. Therefore, letters were issued by Defendant No.1 to all partners and affiliates in 2019 saying that there cannot be any bidding restrictions on the use of the phrase or exact mark including trademarks. Thus, the keyword bidding restriction under clause 4.4.1.2 of the Agreement was removed.

He submitted that the existence of these two documents ought to have been disclosed by the Plaintiff. He further submitted that Defendant No.1, though conducting business in India, is also a global player in the area of providing hotel booking, airline bookings etc. An injunction against Defendant No.1, restraining it from bidding on the trade mark of the Plaintiff would put it in contravention of the law of other foreign jurisdictions such as the European Union.

Finally, he submitted that the words 'make', 'my', 'trip' can be used in a generic and descriptive fashion, which in any case ought not to be injuncted in view of Sections 34 and 35 of the Act.

Appearing for Google Senior Counsel Kathpalia submitted that paragraph 76 of the plaint is mysteriously worded and is completely misleading. He submits that in another suit filed by the Plaintiff against M/s. Easy Trip Planners Pvt. Ltd., data had disclosed that Defendant No.1 was using the Plaintiff's mark 'MakeMyTrip' as a keyword on the Google Ads Program in the year 2018. Thus, the claim of the Plaintiff, as captured in the plaint, that the cause of action arose in the month of October, 2019, amounts to suppression and concealment of material facts.

Further it was argued that the use of the trademark as a keyword is not infringement of trademark and this is the position internationally including in the UK, US, European Union, Australia, New Zealand, Russia, South Africa, Canada, Spain, Italy, Japan, and China.

He also submitted that the use of trademark of the Plaintiff by Defendant No.1 does not amount to infringement in terms of the judgment passed by the ld. Single judge of this Court in DRS Logistics (P) Ltd & Ors. v. Google India Pvt. Ltd. 2021 (88) PTC 217 (Del). Finally, he submitted that this is a case where no interim injunction ought to be granted and the Defendants should be permitted to file the reply.

After hearing all the counsels the court noted that The judgment of the Single judge in DRS Logistics was clear to the effect that the use of a registered trade mark as a keyword would constitute trade mark infringement.

"The nature of use of a trademark as a keyword on the Google Ads Program deserves to be mentioned in the present context. The goodwill in a mark is created by the proprietor of the mark. The reason why the user may be searching for a particular mark is due to the investment made by the trademark owner in the said mark in promotion, advertisement, merchandising and other promotional activities. The user acquires knowledge of the mark due to the investment made by the proprietor and the popularity that the mark achieves. When a user, therefore, searches for a well-known mark or a mark, which he or she has heard about in the past, on a search engine, it is due to the goodwill and reputation which is associated with the mark. It has nothing to do either with the search engine or with the competitor. The distinctive character of the said mark is because of the use by the Plaintiff and the promotion which the Plaintiff does of its own trademark," the Court said

The Court observed that by using a registered trade mark as a keyword, Google Ads Program seeks to create a platform for two competitors to bid against each other for the marks belonging to each other for better visibility of their goods and services on the search engine. Therefore, in effect, what a trademark proprietor is being forced to do is to bid for its own trademark, in order for the advertisements of its goods and services under the said trademark to be reflected in the advertisement section of the search results and not be hijacked by a competitor.

This entails the trademark owner to make investments in the Google Ads Program on a daily basis, failing which its competitors could use the trademark for advertising their own goods and services and have listings higher on the Google search results, Court opined.

The Court said that the use of the mark 'MakeMyTrip' as a keyword through Google Ads Program by one of its major competitors, Booking.com is infringing use under Sections 2(2)(b), 29(4)(c), 29(6)(d), 29(7) and 29(8)(a) of the Act. It is now well settled in India that use of a registered mark by competitors even as metatags would be infringement, though the same may be invisible to a user as held in DRS Logistics.

In fact the court opined that there is not much of a difference in the use of a mark in a metatag or a source code of a website which is not visible and in use of a mark as a keyword by Google Ads Program, inasmuch as the mark being used in a hidden manner does not take away the fact that it is, in fact, 'use' of the mark as defined under Section 2(2)(b) of the Act in relation to those very services.

"Further, there is no doubt in the mind of the Court that use of the Plaintiff's mark by Defendant No.1 as a keyword on the Google Ads Program is use for the purpose of 'advertising'. Google is encashing the goodwill of the trade mark owner by allowing the competitor to book the said mark as a keyword. No argument has been advanced by the Defendants that the use of a registered trade mark as a keyword through Google Ads Program does not amount to advertising. Any contrary view would be devoid of any merit and would be against the very purpose of Google Ads Program. Thus, the said use would also be infringing use in view of Section 29(6)(d) of the Act, which squarely covers use of a registered trade mark in advertising."

Accordingly, the defendant Booking.com was restrained from using the mark 'MakeMyTrip' together/ in conjunction, with or without spaces for the purpose of using it as a keyword on the Google Ads Program till the next date of hearing.