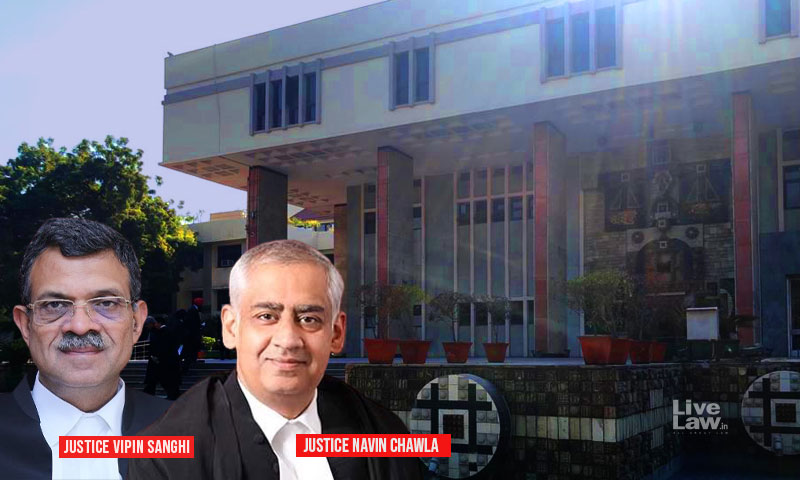 A division bench comprising of Acting Chief Justice Vipin Sanghi and Justice Navin Chawla also directed the Centre to examine the aspect of appointment of Vice-Chairman and other Members for the Benches at Chennai and Kolkata.

"We hope and expect the respondent/Government to act in time so that, at the end of one year, we are not faced with the same situation again, when the tenure of the new Appointees expires in terms of the decision communicated vide letter dated 29.04.2022 taken note of hereinabove," the Court added.

The Court was dealing with a plea raising grievance with regard to non-appointment 'Member' in the various Benches of the Settlement Commission in terms of sec. 32 of the Central Excise Act, 1944.

Earlier the Bench had taken note of the fact that all the four Benches of the Customs, Central Excise and Service Tax Settlement Commission, situated at Delhi (Principal Bench), Mumbai, Kolkata, and Chennai were lacking Quorum from 08.12.2019.

The counsel appearing for the petitioner referred to a communication dated 29.04.2022 issued by the Superintendent, Ministry of Finance, Department of Revenue, Customs, Central Excise and Service Tax Settlement Commission stating that the Competent Authority had decided to appoint the Chairman and one Member in the Principal Bench at Delhi and the Vice-Chairman and one Member in the Additional Bench at Mumbai, for a period of one year.

It was also stated that it had been proposed to review the said arrangement after a period of one year and the process to appoint the Members for the abovementioned post is being initiated.

"However, in both the above communications, there is no whisper about the Benches in Kolkata and Chennai," the Court noted.

Accordingly, while directing the respondents regarding completion of appointments, the Court sought status report on the aforesaid aspect to be filed before the next date of hearing.

The matter will now be heard on July 20.