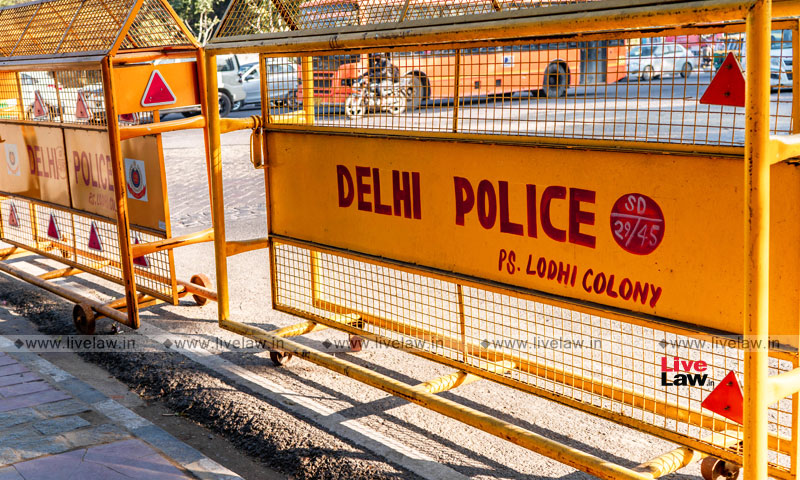 Suspecting haphazard and illegal arrests of youth in the age group of 20-30, the Delhi Minorities Commission has written a detailed letter to the Deputy Commissioner of Police, northeast district.

The letter has been written in light of the alleged ambiguity that shrouds the entire process of arrests and investigation in the cases pertaining to Delhi Riots.

It is with the purpose to seek more transparency and accountability in the functioning of police, that the DMC has asked for the service of the information pertaining to registration of FIRs and persons who have been detained or arrested.

The Commission has sought information from the DCP, Northeast, under clause 10(5)(d) of the Delhi Minorities Commission Act, 1999, under which the Commission is authorised for requisition of any public or institutional record from any office or institution of the government.

With respect to FIRs, the Commission has sought information on all the FIRs that have been registered, concerning the riots, from February 23 onwards.

The information is also sought for complaints that have not been converted into FIRs. The deadline given to the police for furnishing the said information is March 25.

It is also mentioned in the letter that in case the concerned DCP fails to submit the status report/action taken report by the given deadline, further actions will be taken by the Commission, which as per the Act, enjoy quasi-judicial powers.

'We're getting reports of haphazard arrests of youth, they're arrested from your area in dozens every single day without any warrant or charge. These youth are being pressurised to own up or to implicate others in a crime that they've not committed.'

In light of this, the Commission wants the DCP to issue clear directions to the SHOs to desist from such illegal practices.

A very concerning fact of a young boy being lynched in Bhajanpura, and his tragedy being captured in a video, has also been brought to the notice of the DCP. The Commission has written that the culprits can be easily identified from the said video.

Therefore, the Commission wants the police to arrest and interrogate the alleged culprit and find out the identities of other attackers.

In addition to the DCP, the Commission has written another letter to the District Magistrate of northeast district.

In that letter, the Commission has sought the complete SDM area wise list of compensation forms filed by victims of violence in the last week of February. These lists should clearly indicate cases with the paid amounts where part of full compensation has been paid.

The concerned District Magistrate is asked to submit the said information latest by March 23. 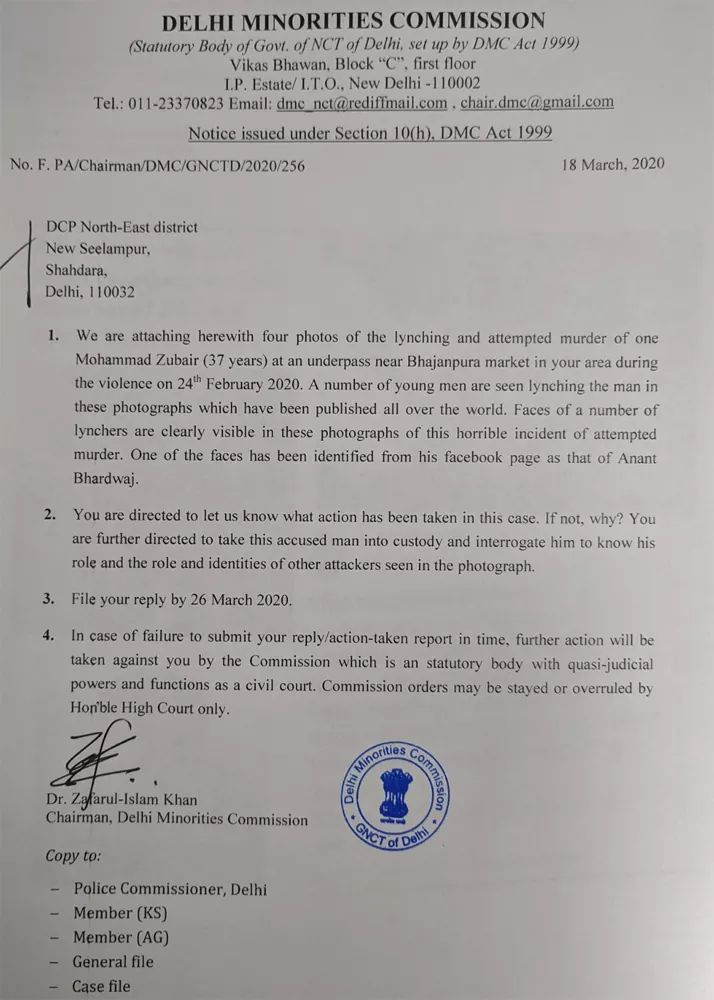 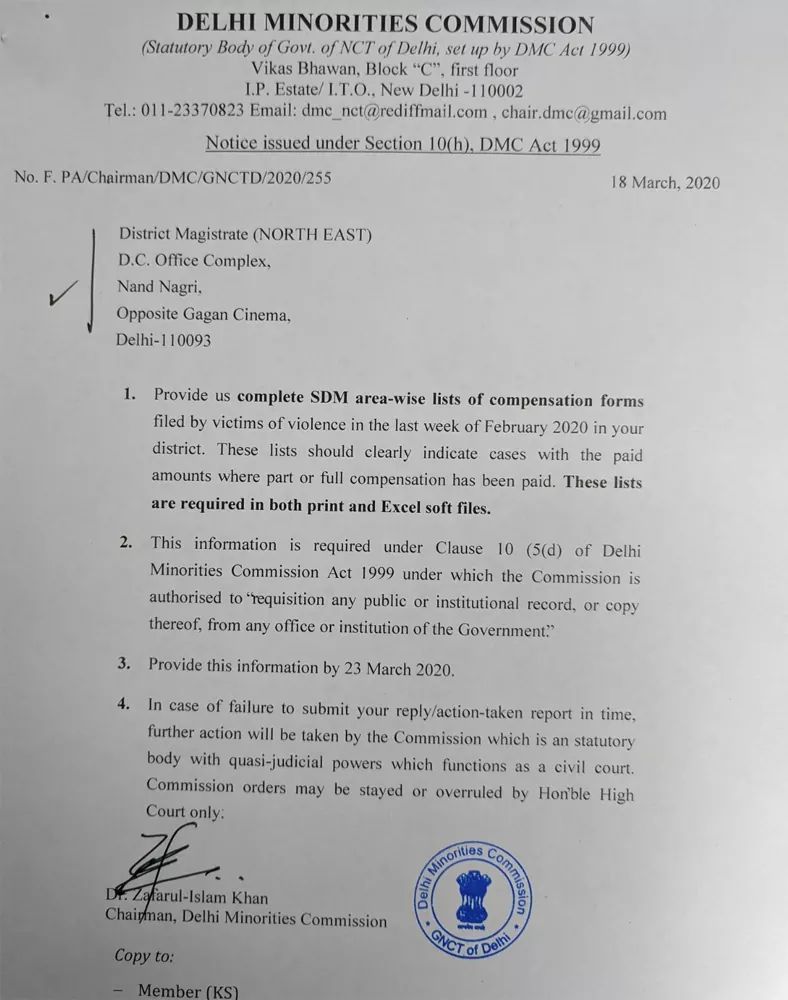 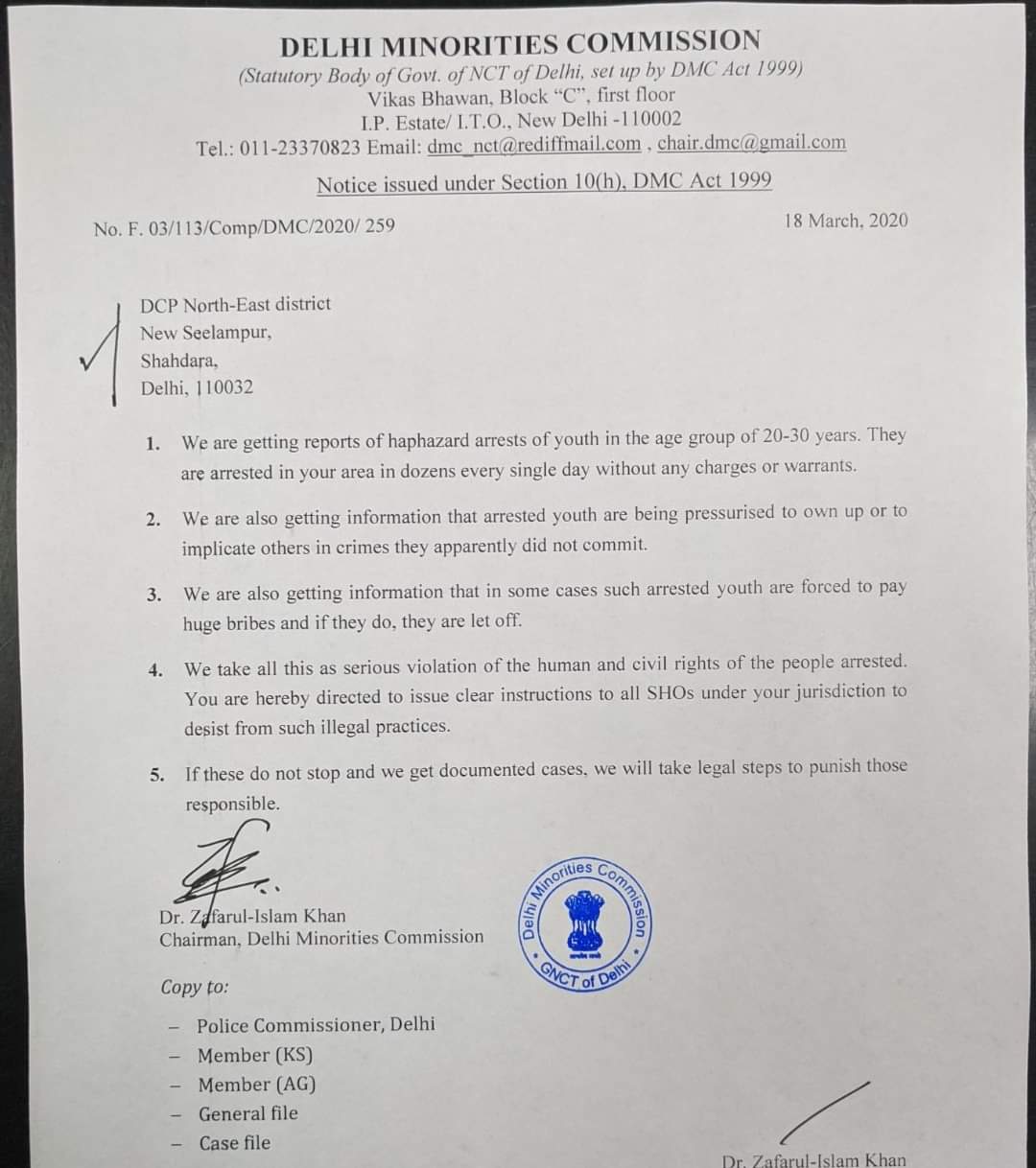