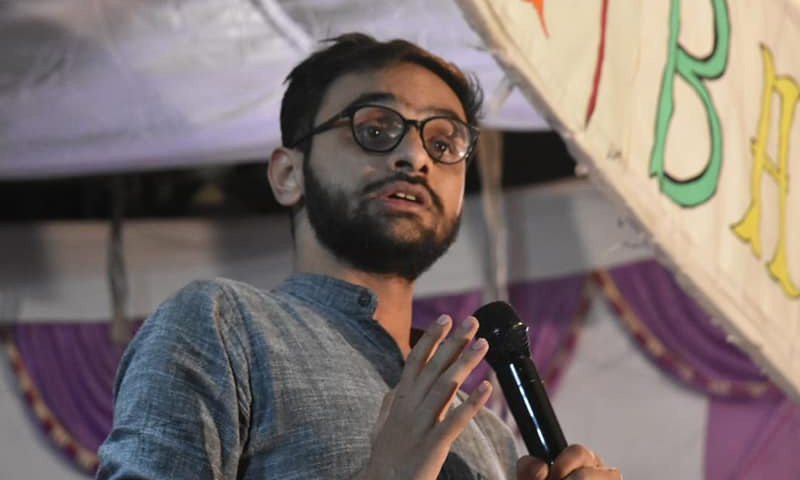 A Delhi court Tuesday took cognisance of the supplementary charge sheet filed against former JNU student Umar Khalid and JNU student Sharjeel Imam in a case of the north east Delhi riots.While the court decided to proceed against them for the offences under the stringent Unlawful Activities (Prevention) Act, it did not take cognisance of the offences of sedition, criminal conspiracy and...

While the court decided to proceed against them for the offences under the stringent Unlawful Activities (Prevention) Act, it did not take cognisance of the offences of sedition, criminal conspiracy and some other charges of the Indian Penal Code as the required sanctions were awaited.

In the charge sheet filed on Sunday, Imam and Khalid were booked under the UAPA and other sections of the IPC, Arms Act and Prevention of Damage to Public Properties Act.

The court took cognisance of the offences under sections 13 (unlawful activities), 16 (terrorist act), 17 (raising funds for terrorist act), 18 (conspiracy) of the UAPA.

They have also been charge sheeted under sections147 and 148 (rioting), 149 (unlawful assembly), 186 (instructing public servant), 201 (disappearance of evidence) of the Indian Penal Code (IPC).

It, however, did not take cognisance of the offences under section 124 A (sedition), 153-A (promoting enmity on the grounds of religion, language, caste etc), 109 (abetment) and 120-B (criminal conspiracy) of the IPC as the required sanctions were awaited.

After perusal of the charge sheet and accompanying documents, there is sufficient material to proceed against accused persons Sharjeel Imam, Umar Khalid, Faizan Khan for offences mentioned therein except for offences under sections 124-A, 153 A, 109, 120-B of IPC for which necessary sanction is awaited, it said in its order.

The court directed the police to supply soft copies of the supplementary charge sheet to the counsel for the accused on December 2.

It further said physical copies cannot be supplied to the accused at this point in wake of a recent order of the Delhi High Court staying the trial in the matter.

The court put up the matter for further hearing on December 22.

The high court had on November 11 stayed the trial of the conspiracy case after a plea was filed by the police challenging the order of the city court directing them to supply physical copies of the charge sheet to all the accused.

It, however, had said the trial court is at liberty to decide any application in the case and put up the matter for further hearing on December 15.

The trial court had on October 21 refused to grant time to the police to obtain funds' sanction to provide to the accused hard copies of the voluminous charge sheet and directed to provide the same.

The police has challenged the order before the high court.

The soft copies of the main charge sheet, running over 17,000 pages, have been supplied to 15 accused persons but hard copies were not given to them.

Communal violence had broken out in northeast Delhi on February 24 after clashes between citizenship law supporters and protesters spiralled out of control leaving at least 53 people dead and around 200 injured.