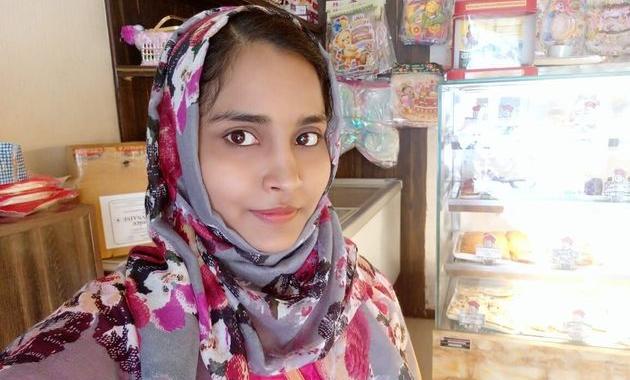 The Karkardooma Court (Delhi) on Saturday (21st November) granted bail to Student Activist Gulfisha Fatima, in a case related to the communal violence in NE Delhi in February 2020. But she will remain in Judicial custody in connection with a UAPA Case.The Additional Sessions Judge Amitabh Rawat was hearing the bail plea of Student Activist Gulfisha Fatima who was praying for the grant on Bail...

The Karkardooma Court (Delhi) on Saturday (21st November) granted bail to Student Activist Gulfisha Fatima, in a case related to the communal violence in NE Delhi in February 2020. But she will remain in Judicial custody in connection with a UAPA Case.

The Additional Sessions Judge Amitabh Rawat was hearing the bail plea of Student Activist Gulfisha Fatima who was praying for the grant on Bail on parity in FIR No. 50/2020 [PS­ Jafrabad].

It was also submitted by her that "no role has been attributed to her except vague and unsubstantiated allegations which have no nexus with the alleged crime."

It is the case of the Prosecution that the accused/applicant, Gulfisha conspired and had been constantly instigating the local inhabitants since December, 2019 under the garb of peaceful protest against CAA, NRC and NPR.

Allegedly, Gulfisha and her associates had opened their office near the protest site at Old Bus Stand, Seelampur, Delhi and their core group used to meet and decide on further steps for their protest and riots.

It was alleged that the meeting was also attended by several persons including Umar Khalid, Matin Ahmed, Mehmood Pracha, Amannatullah Khan and others.

It is the case of the prosecution that she, in pursuance of the conspiracy, blocked the main Jafrabad Road under Metro Station Jafrabad on 22.02.2020 at around 9.30 PM along with her associates and the local protesters thereby causing a great inconvenience to the general masses at large and crated major problems for the police to maintain law and order.

It has been alleged that Gulfisha was physically present at the spot i.e. road block site/protest at 66 Foota Road, under Jafrabad Metro Station, Delhi since beginning i.e. from 22.02.2020 till late evening on 24.02.2020.

It is also the case of the Prosecution that Gulfisha and her associates by way of their speeches spread misinformation about CAA/NRC amongst the innocent Muslim people and thereby created a surcharged atmosphere.

It has been alleged that they made the Muslim community believe falsely that they would lose their citizenship and would be put in detention camps. She gave provocative speeches.

It was stated that they used code words with their group members to convey secret messages regarding further line of their protest/riot in front of common people. They also gave hate speeches at Jafrabad Metro Station and continuously stayed there till last.

The Court observed that the accused Gulfisha was in custody since 03.06.2020 and that "the co­-accused Devangana Kalita and Natasha Narwal have already been granted bail in the case and their role is stated to be similar to the present applicant/accused."

It may be noted that when the police argued before the Court that she was also under investigation for the larger conspiracy in the UAPA case, to this, the court said, "We will cross the bridge when we come to it."

The Court noted that it was indeed true that applicant is also an accused in the larger conspiracy case bearing FIR No. 59/20.

However, the Court said that the said case is under Unlawful Activities (Prevention) Act and being investigated separately. The present application under consideration is for bail in the present case and not in FIR No. 59/20

"The present stage is of bail and not acquittal or conviction. Nothing is shown to suggest that the applicant is a flight risk," the court said.

"There is nothing to suggest that the witnesses are under threat from the concerned applicant. In any case, two public witnesses are protected and their identity has been concealed. The rest are police personnel."

"Considering the period of the custody of the applicant/accused in the present case, the ground of parity as regards co­accused Devangana Kalita and Natasha Narwal and in the totality of the facts and circumstances of the case, the present bail application under Section 439 Cr.P.C of applicant/accused is allowed and applicant Gulfisha Fatima @ Gul is admitted to bail on furnishing personal bond in the sum of Rs. 30,000/­ with one surety to the like amount subject to the satisfaction of Ld. MM/Link MM/Ld. Duty MM."
Related News

It may be noted that on Monday (19th October) Karkardooma Court (Delhi) had dismissed the application filed by student activist Gulfisha Khatoon, seeking statutory bail in a case related to the communal violence which took place in North-East Delhi in February 2020.

Further, the Karkardooma Court (Delhi) on Thursday (05th November) had directed the Tihar Jail Superintendent to change the staff, if required, against whom Accused/Applicant and Student Activist Gulfisha Fatima had raised an allegation of mental harassment.

"In the facts of the case, I deem it fit, without getting into the allegations/denial of allegations, to instruct the Jail Superintendent to ensure that if need be, to change the ward of the applicant or change the staff on duty or other steps that he deems fit to avoid any confrontation"